Devan was born in January of &#39;94 and is happily married to Jade, born in July &#39;93. Together they have 3 beautiful children and try to instill a love of all people and of acceptance in them. They worked together for almost 6 years on Welcome to The After planning out the next two books in the series in the process. They hope to continue to write and entertain audiences for many years to come.

What's the story behind your latest book?
Devan: Welcome to The After is something Jade and I have worked on for almost 6 years prior to publication. We found a comic strip by an artist named Bleedman literally they day we met and started dating. His comic took fairy tale characters and put them in a mental institution... we loved the idea and became quick fans. We even came up with our own ideas of how to twist various stories for characters we hoped would make an appearance... sadly Bleedman didn't get very far at all before he ran out of ideas and gave up on his comic. This prompted Jade and I to begin working on Welcome to The After, the novelization of our own twisted fairy tales.
What motivated you to become an indie author?
Devan: I have always been infatuated with writing and reading books, ever since I can remember. I always read and wrote well above my grade level and published my first novel as a freshman in high-school. Unfortunately, I had the writing skills, and marketing know-how of a freshman as well and The Cleric's Choice never really took off; but I refused to let that deter me. We are currently working on improving both that novel as well as it's sequel to be released along side Escape From The After...
Read more of this interview.

Where to find Devan Johnson online

Once Upon An After by Jade Johnson
& Devan Johnson
We all know the stories, these fairy tales, we were told them as children, how good rose above and conquered evil. Defeating witches, vanquishing wolves, escaping evil stepmothers, what they don’t tell us, is not all of these stories are entirely true. Even in this world, where everything seems perfect, filled with color and light, where nothing evil ever wins, there is a place filled with darkness. A place with the true endings to our perfect fairy tales; this place is called The After, filled with the heroes and heroines of our stories, though nothing like depicted. They are in this place to be treated and healed. They are the insane and the broken, they are truly the after of happily ever after. They are the endings we were never supposed to know... until now. 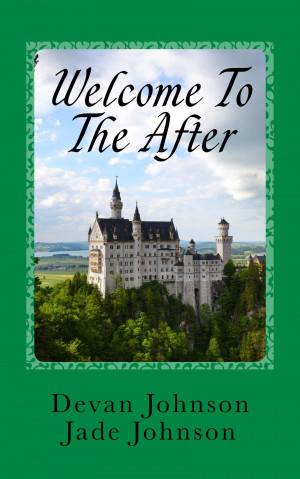 Welcome to The After by Devan Johnson & Jade Johnson
Series: Once Upon An After. Price: $9.99 USD. Words: 78,680. Language: English. Published: October 4, 2017. Categories: Fiction » Fairy tales, Fiction » Thriller & suspense » Psychological thriller
Come into The After, a mental asylum filled with fairy tale characters, though nothing like you remember. Humpty Dumpty and Jiminy Cricket run this nut house, trying to sift through the insanity spreading across Fairtalia and help their patients in the process. Join them if you feel like you can withstand the madness that is the true after of 'Happily Ever After.'

You have subscribed to alerts for Devan Johnson.

You have been added to Devan Johnson's favorite list.

You can also sign-up to receive email notifications whenever Devan Johnson releases a new book.