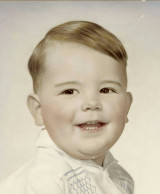 Born a long, long time ago in the township of Foxton New Zealand, Bradley’s first book was a Self-Help book E is for Effort. That led to his debut novel The Ring. And so began the “End of Days” trilogy. One book lead to another, and as they say the rest is history. His books reflects his keen interest in comparative religion, spirituality, adventure and romance. When not writing he enjoys innovating new products, hearty workouts and hanging out with his three amazingly intelligent and beautiful children Harry, Emily and Rebecca. Then again, he could be found at his local enjoying a craft beer with good friends.

Tell us about Man in the Moon.
I am unsure if MAN IN THE MOON should be categorized as fiction, or non-fiction. Such is the over weighing evidence of extra-terrestrial life.

There are over a hundred million species of life on earth. And we are but one planet in a galaxy of hundreds of billions of stars. Within in a universe of hundreds of billions of galaxies. At some point one must do the math and accept that life exists in some form elsewhere. It would be credulous to assume humans are the most advanced species in the universe. We need only look at the advances made in the past hundred years.

Now imagine a species (humanoid, insectoid, reptilian, anything with a brain and an opposing thumb) a thousand years ahead of us.

Add to this to the fact The Pentagon has openly admitted that recent recorded sightings of three UFOs being chased by fighter planes were “not of this world”. And the fact they have openly stated they have recently created a Department to investigate UFOs, unlike the old days of denial and secrecy, i.e. Majestic 12, Project Blue Book etc. This is a huge step forward into lifting the veil of what everyone already knew and perhaps finding common ground for further discussion and disclosures.

As an advanced civilization, the human species have better technological understanding of what is being captured in high definition. Sooner or later it will be impossible to refute the obvious. It is important in the public interest to reveal, rather than continue to conceal the existence of Aliens and UFOs.

How does God fit in all this? He is doing simply fine. Such is the Theory of Everything. I am sure He loves Aliens as much as He loves us. Aliens no doubt have souls like ours. As do animals. The spirit is not mutually exclusive to humans. Our soul is but a minute spark from the immense eternal flame that is God. Aliens cannot displace from God. They only make Him more immeasurable and miraculous.

In the Grey's defence out of the 30 of species/ races I have researched post writing, the Greys are actually the good guys. They are actually protecting humans from less benevolent races. Like Independence Day, the species seen as the bad dudes are actually okay. I'll let you do the research. I offer my apologies Greys.

Meanwhile back to about MAN IN THE MOON.

Firstly let me apologize now for any oversights in editing. You can read my thoughts on proof reading in one of the following questions.

Chapter two may need shifting or editing or deleting at some stage. It doesn't quite sit / flow neatly among the other chapters, as though it were meant as a prologue or epilogue.

I am sure there are other gremlins within and I'll get to those after a short break away from the coal face. It could simply be "my voice" and the jumpy way I tell stories. Either way it's mine and I take ownership for it.

MAN IN THEMOON is a story based on the myth of a supposed second Roswell crash that happened in 1947 near Corona, an actual township located midday between Roswell and Albuquerque, New Mexico.

It's about the discovery of the accidental discovery of an alien craft by Tom, a satellite engineer working for StarTech while on an amateur archaeological weekend. And it's timely recovery by a long retired astronaut (Ted).

It's about a clandestine Pentagon moon base inhabited by aliens hell bent colonizing the earth.

Tom bumps into the Ted's granddaughter and Cupid plays his part. StarTech is building the satellite to house a mysterious payload commissioned by the Pentagon. It is soon discovered the payload is a homing beacon that guide a fleet of zeta grey aliens to inhabit the earth.

I have had a bit of fun with Barnard and the Director and Pierce. Throwing in a "fight club" at a country bar called Redemption.

Happy ending, well almost. Someone must die. But who? Only one way to find out.

Bottom line, I wanted to write sci-fi. But to be honest I felt uncomfortable with the result. It felt more like writing sci-fact than it did sci-fi. Historical fiction / conspiracy theory would have been closer. Anyways, at the end of the day it is a product of the artist's imagination. Picasso did not exactly land landscapes. Or perhaps he did, and we just did not know.
What's next?
MAN IN THE MOON is finished and online, Harrah... Not completely happy with it, maybe its been over edited for grammar, and I have lost my voice, or maybe it needs another chapter or two. Maybe it needs more romance. Anyways, at some stage you just must let it go and move onto the next book....

So, what is next? I have a few in mind depending on which genre I wish to explore next. I need to work on a series for THE RING, continuing where it left off with Phil on an adventure to The Isle of San Michelle in search of another Holy relic... Working Title at this stage, THE WOODEN HORSE.

As a bit of a challenge, there is a series of short stories I would like to get my teeth into. These may eventually lead into full novels should I feel compelled to extrapolate further.

Then there is a book that may be a little dark for some people, about six sinister black widow sisters.... With a twist that should challenge the imagination, dare I say too much now.

Watch this space, I'll keep you posted.... In the mean while enjoy MAN IN THE MOON... And THREE WISHES, which seems to be quite popular for some strange reason.
Read more of this interview. 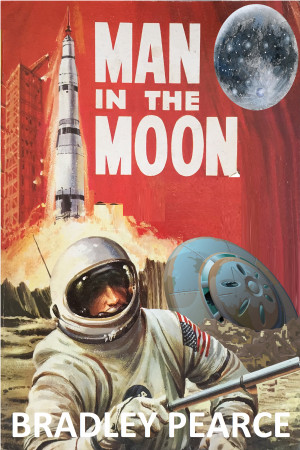 Man in the Moon by Bradley Pearce
Price: Free! Words: 105,990. Language: English. Published: May 27, 2020. Categories: Fiction » Science fiction » General, Fiction » Science fiction » Adventure
Tom stumbles upon a discovery that challenged everything he had ever read about the Roswell crash. A satellite that cannot be allowed to go into orbit. Cradling a homing beacon Telos that would guide a fleet of unwelcomed aliens to the fragile blue marble floating in the vastness of space, Earth... 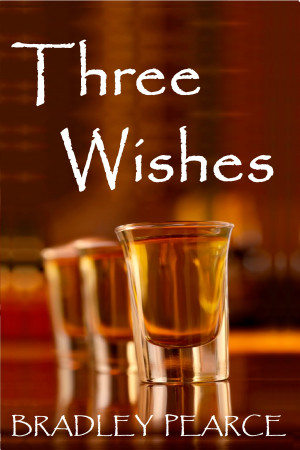 Three Wishes by Bradley Pearce
Price: Free! Words: 99,680. Language: English. Published: October 27, 2019. Categories: Fiction » Romance » Suspense, Fiction » Romance » Sci-fi
The Ravens, a rock band on the verge of discovery, have a performance that ends in a complete train wreck. Crushing the hopes and dreams of their sound engineer and manager, Terry. At a mysterious bar a Jinn grants him three wishes that go awry, as all wishes do. And he finds himself stubbornly reliving the past four weeks over, and over, and over again. Julie busks in the Waterloo Underground... 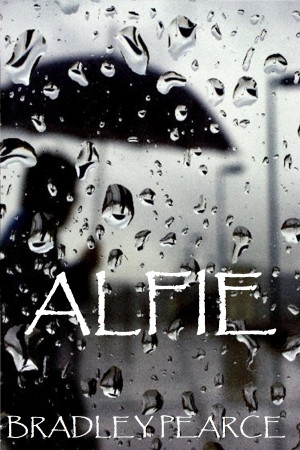 Alfie by Bradley Pearce
Price: Free! Words: 87,810. Language: English. Published: June 8, 2019. Categories: Fiction » Thriller & suspense » General, Fiction » Urban
Living on the streets of Wellington by choice, Alfie's life subtly entwining with those around him. Hiding behind a smile. A Vietnam veteran. Haunted by flashbacks of the forgotten war. A solo mom struggling for a better life. And a stuttering adolescent searching for a way out. Caught up with the wrong people at the wrong place at the wrong time. A cheating wife that can't get enough. 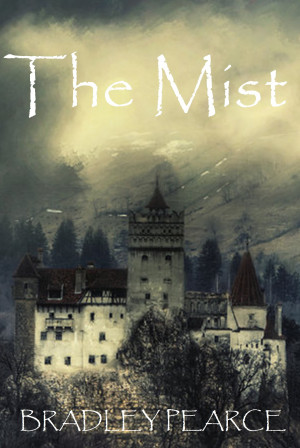 The Mist by Bradley Pearce
Price: Free! Words: 100,560. Language: English. Published: December 19, 2018. Categories: Fiction » Thriller & suspense » Action & suspense, Fiction » Thriller & suspense » Supernatural
Escaping the rigors of the NY trauma clinic Ned takes leave and makes camp at the foothills of the Carpathian Mountains. A mysterious mist covers the campsite and awakens five hundred years back in time. Can he escape the cursed land? Does he want to? A curse that can only be lifted when the heart finds an innocent home, free from sin. A small boy squeals... 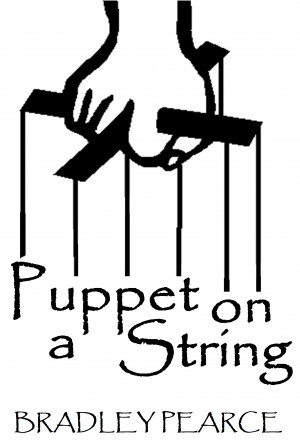 Puppet on a String by Bradley Pearce
Price: Free! Words: 93,440. Language: English. Published: August 2, 2018. Categories: Fiction » Thriller & suspense » Psychological thriller, Fiction » Romance » Action/adventure
It is a story about a man named Frank. Frank Drake to be precise. But it's complicated. Don’t bother asking Tomo. His lips are sealed. There's only one way to find out what happens to Frank. 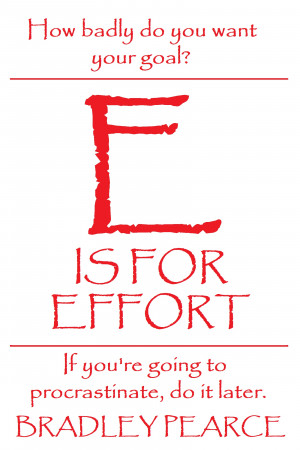 The question I have to ask you is, “How badly do you want your goal?” If the answer is not very much, then put this book down and choose another book. Otherwise this is the book you should read to reach your goal. Forces and pressures hold us back from pursuing that long forgotten goal. So what happened? Who is to blame? How did we lose sight of our goals? How can we pursue them again? 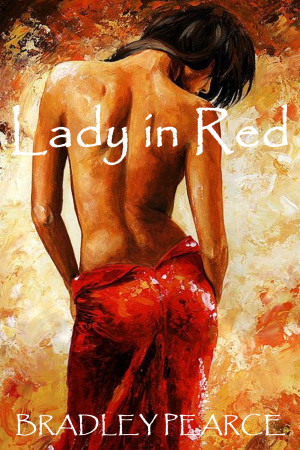 Lady In Red by Bradley Pearce
Price: Free! Words: 94,060. Language: English. Published: January 14, 2018. Categories: Fiction » Thriller & suspense » Action & suspense, Fiction » Christian » Futuristic
A futuristic apocalyptic End of the World thriller. Centring on a Prodigy, a New York detective and the New World Order. The Order has a plan to eradicate much of the world’s population. Worlds collide as Kristina investigates connected deaths. Should Seth tell Kristina of his deadly plan? The end is nigh ... 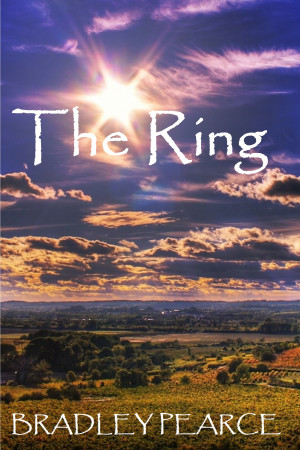 The Ring by Bradley Pearce
Price: Free! Words: 80,950. Language: English. Published: January 12, 2018. Categories: Fiction » Thriller & suspense, Fiction » Christian » Suspense
An adventure that will take a son on an historical journey across Europe to Istanbul. A father trying to protect his son. Relic collectors in pursuit of a holy relic. A killer Cardinal hell bent on stopping them. Shoot outs, car chases and close escapes. A journey to the heart of Transylvania. A coffee shop girl and a white daisy. An Angelic Father watches over the package. But what, or who?

You have subscribed to alerts for Bradley Pearce.

You have been added to Bradley Pearce's favorite list.

You can also sign-up to receive email notifications whenever Bradley Pearce releases a new book.