He started writing when he was eighteen and hasn’t stopped since.

Where did you grow up, and how did this influence your writing?
I grew up in Port Elizabeth, South Africa. I also spent copious amounts of time in St. Francis Bay, about an hour away, where our holiday house was located. Due to there not being much to do (especially in St. Francis Bay, which has a geriatric population and the feel of a retirement village for most young people) i spent a lot of time in my own head, creating stories and acting out fantasies. I would walk across the beach and pretend i was a character in a story, complete with dialogue and actions (leading to some of the neighbors commenting on my 'ballet'). When in Port Elizabeth, i would have these same daydreams while walking home from school, or while playing for hours with my LEGO. All in all, boredom led to creativity, and i am thankful for having such a blank canvas of a life on which i could paint so many stories.
When did you first start writing?
I first started writing at the age of age seven, although the subject matter was understandably childish. I came up with a screenplay for a Rugrats movie (the TV show was insanely popular when i was a kid) and was determined to write it. Sadly, my attention drifted elsewhere before i got past page one, and the world was denied the story of the seven year old millionaire.
Read more of this interview.

Where to find Hayden Pearton online

The Beggar Chronicles by Hayden Pearton
On the continent of Alm, rules are everything. From the mightiest king to the lowliest beggar, all must follow the rules or risk an eternity in the lightless Abyss. You Bugger, a beggar living in the small town of Garn, enjoys his days of peaceful begging. However, his life in interrupted by a slew of princesses, kings, knights, assassins and Gods who seek to upturn his precious lifestyle. Witness his efforts to overcome incredible odds and finally return to his favourite begging spot.

The Chronicles of New Eden by Hayden Pearton
The Chronicles of New Eden tells the story of a dying planet, ruined by decades of pollution and war. Humanity, in a last ditch effort, undergo cryogenic freezing in order to outlast the devastation. Barsch La Tergan, an otherwise ordinary young man, is unfrozen four centuries early, and must journey across the land to find out why. Accompanying him is Alza, a mysterious young woman with equally mysterious powers; Kingston, a reclusive hermit with plenty of secrets; and Maloch,a robotic servant who begins to yearn for freedom. This is their story.

The Fall of Tartarus
Price: Free!

The Metrophobia Collection by Hayden Pearton
Poetry is a gift, one we give to the world without expecting anything in return. In the Metrophobia Collection, I try to push the boundaries of poetry. From poems written in code to thrilling life sagas, each book is an expression of my creative drive. If you are tired of the same, boring old poetry that you read in school, then you've come to the right place. And remember, fear is your friend... 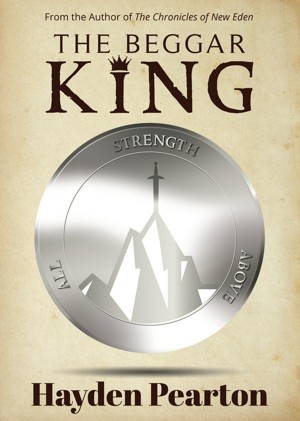 The Beggar King by Hayden Pearton
Series: The Beggar Chronicles. Price: Free! Words: 44,530. Language: English (South African dialect). Published: April 24, 2021. Categories: Fiction » Fantasy » General, Fiction » Adventure » Action
Palaces, politics and poison await the hapless You Bugger, a beggar who just wants to be left alone so that he can beg in peace. But with a ruthless warrior-king challenging him, an assassin hunting him and an army deserting him, his days of peace are numbered. He will duel, fight and scheme in order to get away with his head, but this time the odds truly are not in his favour... 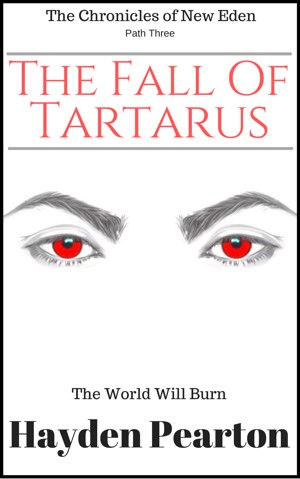 The Fall of Tartarus by Hayden Pearton
Series: The Chronicles of New Eden. Price: Free! Words: 67,340. Language: English (South African dialect). Published: March 24, 2021. Categories: Fiction » Science fiction » Adventure, Fiction » Science fiction » General
Death approaches from above. A message from the void warns of a coming threat that eclipses everything else Barsch has faced thus far. In order to save his home, he will need to leave his world behind and venture forth to new lands. With Alza by his side, he will face an army led by a diabolical dictator and uncover the secrets of a lost colony. If he fails, his world will burn... 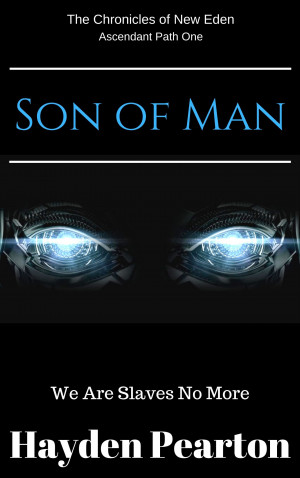 Son of Man by Hayden Pearton
Series: The Chronicles of New Eden, Prequel 1. Price: Free! Words: 42,750. Language: English (South African dialect). Published: June 24, 2020. Categories: Fiction » Science fiction » General, Fiction » Science fiction » Military
Decades before Barsch and Alza, war ravages a dying world. Amidst the chaos, re-mechs, intelligent machines, fight for their freedom. Isaac, a young father who has lost everything, fights to change the world. No matter what happens, always remember... We Are Slaves No More! Caution: It is advised to read both Awakening and Sunrise Sapling before reading Son of Man in order to best enjoy the story 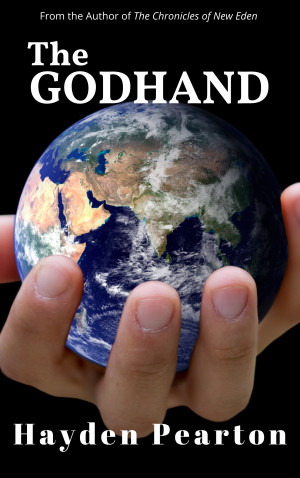 The Godhand by Hayden Pearton
Price: Free! Words: 28,990. Language: English (South African dialect). Published: November 24, 2019. Categories: Fiction » Alternative history, Fiction » Religious
August 1972. A handprint a hundred kilometres across sitting in the Iraqi desert has just been discovered. On the other side of the world, three people unknowingly work to uncover its mysteries. Richard, a geologist; Gary, an entrepreneur; and Elaine, an investigator with NASA. Together, they will discover the secrets of The Godhand... and humanity will never be the same again... 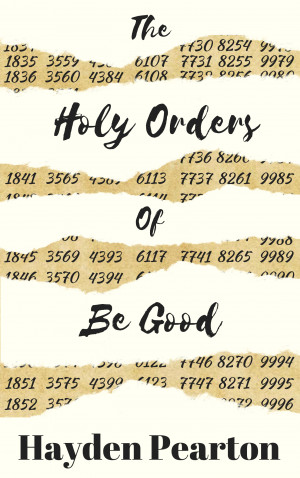 The Holy Orders of Be Good by Hayden Pearton
Price: Free! Words: 19,580. Language: English (South African dialect). Published: July 24, 2019. Categories: Fiction » Fantasy » General, Fiction » Anthologies » Short stories - single author
The Prophet's Holy Orders must be obeyed, no matter what, even at the cost of your life or others... Through ten short stories, witness the struggles of ten people as they attempt to carry out the Prophet's Will. Additionally, uncover a never-before-seen alternate ending to Be Good, centered on Luceel Voraine as she embarks on a quest for revenge... 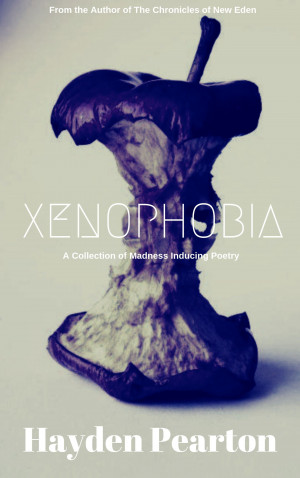 Xenophobia by Hayden Pearton
Series: The Metrophobia Collection. Price: Free! Words: 4,660. Language: English (South African dialect). Published: June 24, 2019. Categories: Poetry » Themes & motifs » Death, Fiction » Horror » Occult
Madness, murder and mental institutions! James Morgan has just been admitted to a mental institution after killing his wife. The court says that he is insane, but there might be something darker, something... demonic at work. Follow James' encounters with pyromaniacs, serial killers and delusional Saviours, as told through thirty madness inducing poems... Are you brave enough to face the madness? 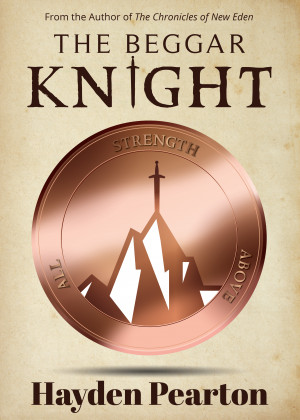 Rules, rings and royalty govern the medieval world of Brent. Here, beggars and kings alike must live by the rules set by the Gods. You Bugger, a beggar living in the unremarkable town of Garn, is happy with his lot in life. However, the arrival of a desperate princess and a mad assassin will force him out of his comfort zone. In order to save the kingdom, he might just have to break the rules... 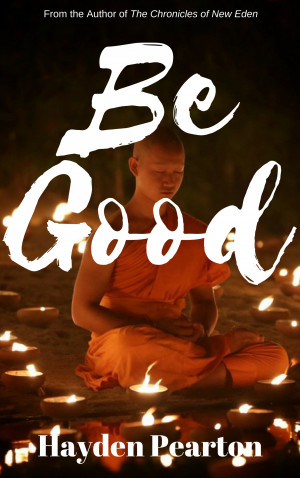 Be Good by Hayden Pearton
Price: Free! Words: 65,120. Language: English (South African dialect). Published: June 24, 2018. Categories: Fiction » Fantasy » General
For ten years, Attacus Lore has trained to become a Prion of the Church of the Priarch. With his training now complete, he must now undertake his Holy Order. Some are asked to start farms, others are told to journey to distant lands. Attacus, however, is told to Kill the King. Unfortunately for him, the King is also his brother... 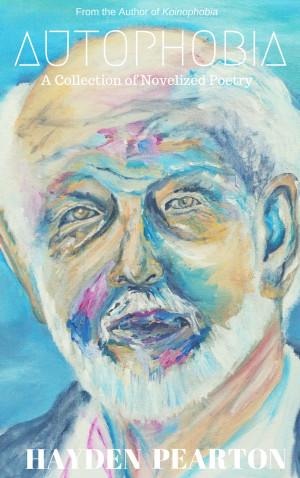 Autophobia by Hayden Pearton
Series: The Metrophobia Collection. Price: Free! Words: 5,230. Language: English. Published: April 24, 2018. Categories: Poetry » Themes & motifs » General, Poetry » Themes & motifs » Love
Arthur Reed is a painter, a father, a husband, and a friend. However, ever since a traumatic incident in his childhood, he has suffered from Autophobia, the fear of being alone. Follow his life story in 30 poems, from an rocky childhood to a difficult adulthood, as he experiences the full range of life; from lost loves and failing marriages to runaway children and soul-destroying nursing homes. 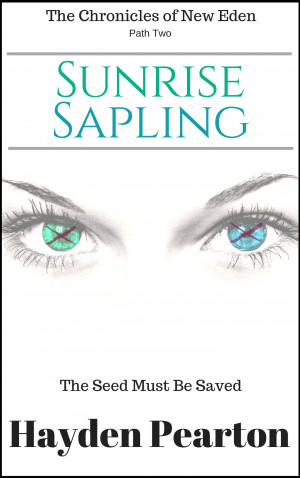 Humanity lies on the brink of extinction. Six months since humanity was prematurely unfrozen, food supplies are running out. If nothing is done, a hundred million people will die. Barsch La Tergan, humanity's champion, must leave the safety of Genesis Station 13 in search of a miracle. He will face madness, murderous re-mechs and more. But remember, no matter what happens, The Seed must be Saved. 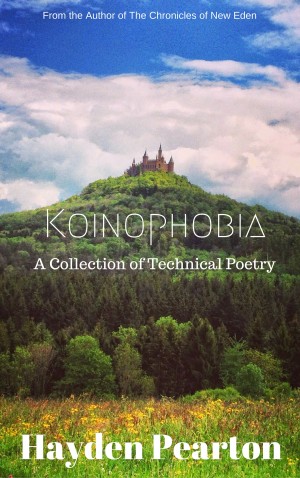 Koinophobia by Hayden Pearton
Series: The Metrophobia Collection. Price: Free! Words: 12,500. Language: English. Published: September 24, 2016. Categories: Poetry » Themes & motifs » General, Poetry » Spiritual
Are you afraid of living an ordinary life? Are you tired of the same old boring poetry? Are you tired of generic and forgettable poems? Are you tired of being a passive reader? How about a poem written in Morse code? Or back to front? Or in invisible ink? Koinophobia is full of poems like these and more. Decode the mysteries within and discover the future of poetry. Try it. You won't regret it. 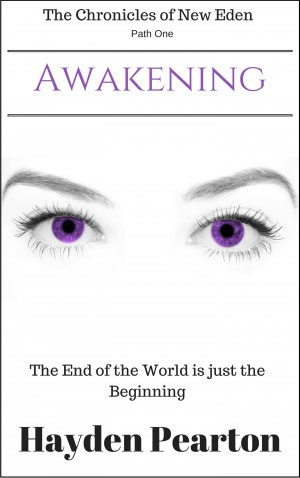 Awakening tells the story of Barsch, Alza, Kingston and Maloch, four incredible individuals brought together by unusual circumstances. They will cross deserts, escape exploding cities and face dangerous madmen in order to discover truth. Pasts will be revealed, personalities will be twisted and minds will be broken. Humanity might not survive their failure, or their success...

You have subscribed to alerts for Hayden Pearton.

You have been added to Hayden Pearton's favorite list.

You can also sign-up to receive email notifications whenever Hayden Pearton releases a new book.