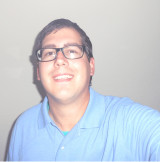 I am a writer of comedic, honest and occasionally offensive poetry, New Adult and Young Adult fiction. Writing has been one of the driving forces in my life- something to look forward to the next day- since I first picked up a pen at age eight. I also enjoy reading and besides trying to catch up on my 1001 books to read before you die list, I like to dive into any non-fiction topic. Especially I read about science- astronomy, geology, medicine and biology. In fact, I am currently pursuing a Biology degree at a California State University. In my downtime I paint, make jewelry, write music, learn new languages and watch comedies online. I plan on one day becoming a philanthropist and also restoring natural habitats both locally and globally.

What's the story behind your latest book?
Out Of This World has its roots in a short story I called Heowcruise which actually formed the basis for the book installment of the same name but was totally stream-of-consciousness and impossible for anyone other than me to follow. I first wrote with these leading characters- including Torka and Clare, along with three of their friends- beginning at the age of ten and finished their first complete story at thirteen. I then wrote a follow-up that was mainly just a crazier remake of the original story but with a few new ideas in ninth grade. I essentially left these ideas alone until my senior year of high school, when I started coming up with various two-to-five-page skits centered on these characters. At this time, I was also writing every day in a diary about my wacky high school experiences hanging out with an energetic, rebellious group of girls. Gradually the skits became longer after graduation and then I discovered computer art. I created a series of comic strips highlighting the funniest skits I had come up with and several new ones. The next summer I took up the challenge of shaping a short story around these comic strips and sketches that would tell what happened with Torka and Clare before they entered into the adventures of Heowcruise, and this became Out Of This World.
To me, Out Of This World tells the story of teenagers who are dismissed by the vast majority of those around them. This echoes my high school experience, during which I spent many days alone, and quite a bit of the story is based on actual events or dialogue. I think that it's the stories like these, that no one hears about, that need to be shouted out.
What motivated you to become an indie author?
I have wanted to be an author since I was 14. It just took a long time to get here, that is for sure! I was inspired by both ideas coming from my entrepreneurial gigs and from a brazen fellow entrepreneur (who is also a writer), and from learning about the world and its history in college. The final catalyst was a trying personal event that pushed me back into writing, and once I had come a certain distance I decided to go all the way.
Read more of this interview.

Where to find Hazen Rolette online 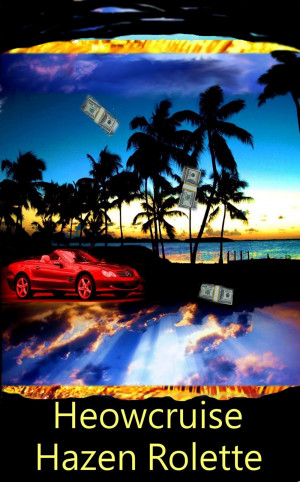 Heowcruise by Hazen Rolette
Price: $2.99 USD. Words: 146,580. Language: English. Published: June 1, 2018. Categories: Fiction » Young adult or teen » Humor
Ditzy seventeen-year-old Torka Reaton trades college and work for a life of luxury, crime, and adventure with four other teens in Heowcruise, California. This crazy, scary world challenges her in ways that she never imagined, as does her first romantic relationship. She and her friends always reflect on their situation with humor while trying to evade the law. But do they have what it takes? 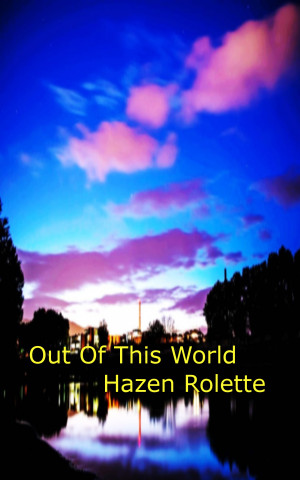 Out Of This World by Hazen Rolette
Price: $2.99 USD. Words: 101,840. Language: English. Published: February 25, 2018. Categories: Fiction » Young adult or teen » Humor, Fiction » Coming of age
Two completely alienated but brilliant teen girls, Torka and Clare, desperately want to escape their mundane lives in a California city. OOTW follows the girls’ occasionally hilarious quest to find social acceptance as graduation approaches and nothing seems to be on the horizon. Complicating things are a couple pressing mysteries. Torka must ultimately choose to play it safe- or risk it all.

You have subscribed to alerts for Hazen Rolette.

You have been added to Hazen Rolette's favorite list.

You can also sign-up to receive email notifications whenever Hazen Rolette releases a new book.