Matt Hiebert was one of the early pioneers of superhero fiction. His work has appeared in superherofiction.com, Cyber Age Adventure and iHero Magazine. His science fiction and fantasy stories have been published in Nuketown, The Widow's Knot and Silverblade Magazine.

He is the author of the sword and sorcery novel "Blackhand," published by New Babel Books in 2013.

Where to find Matt Hiebert online 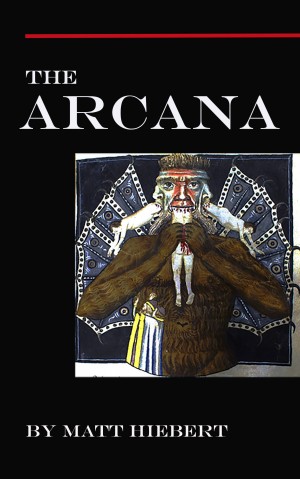 The Arcana by Matt Hiebert
Price: Free! Words: 20,740. Language: English. Published: January 19, 2015. Categories: Fiction » Fantasy » Urban
They are the Arcana -- human beings plucked from their lives to battle an invading army of demons. Named after the major trumps of the tarot, they are endowed with magical powers reflected within the cards. Conscripted into duty and held prisoner within a towering enclave, they are sent forward against their will to combat an onslaught of monsters the armies of the world cannot stand against.

You have subscribed to alerts for Matt Hiebert.

You have been added to Matt Hiebert's favorite list.

You can also sign-up to receive email notifications whenever Matt Hiebert releases a new book.