Hugh Bernard Fox Jr. (1932 – 2011), born in Chicago, was a writer, novelist, poet and anthropologist and one of the founders (with Ralph Ellison, Anaïs Nin, Paul Bowles, Joyce Carol Oates, Reynolds Price and others) of the Pushcart Prize for literature. He received a Ph.D. in American Literature from the University of Illinois at Urbana-Champaign, and was a professor at Michigan State University in the Department of American Thought and Language from 1968 until his retirement in 1999.

He received Fulbright Professsorships at the University of Hermosillo in Mexico in 1961, the Instituto Pedagogico and Universidad Catlica in Caracas from 1964 to 1966, and at the University of Santa Catarina in Brazil from 1978-1980. He met his third wife Maria Bernadete Costa in Brazil in 1978. He studied Latin American literature at the University of Buenos Aires, received an OAS grant and spent a year as an archaeologist in the Atacama Desert in Chile in 1986. He was the founder and Board of Directors member of COSMEP, the International Organization of Independent Publishers, from 1968 until its death in 1996. He was editor of Ghost Dance: The International Quarterly of Experimental Poetry from 1968-1995.

He wrote over fifty-four books of poetry, many volumes of short fiction and novels. Hugh's final novel was Reunion, published by Luminis Books in summer 2011. Primate Fox, Hugh's last collection of poems, is available through MadHat Press. 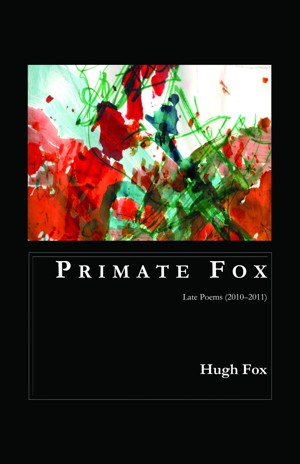 You have subscribed to alerts for Hugh Fox.

You have been added to Hugh Fox's favorite list.

You can also sign-up to receive email notifications whenever Hugh Fox releases a new book.