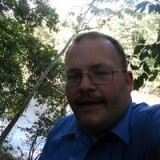 Iffix Y Santaph here. I've been a writer since I was only 7 years old. I know that may sound crazy to some. But I have always loved telling a good story. And my child-like imagination is still alive and well.

I think my oldest memory of a good story was when a dear old friend read me Beatrix Potter's Squirrel Nutkin. This was a very different story from the author who generally wrote very sweet stories. Nutkin was as devious a character as any ever written. I think his personality is a part of who I am as a writer and a person.

I've been an avid sci-fi writer for the past 13 years, but mostly for my own enjoyment. In 2005, I began writing my first real series I planned to share. And though that series still isn't quite ready for an audience, someday I plan to finish it.

My novella Impulse represents the first in a series of middle-grade to YA novellas, my debut release.

The story began, as many often do, with an inkling of a thought, probably less than a thought. I thought of the classic fairy-tale Snow White. (Snow White didn't, surprisingly enough, mean a whole lot to me.)

There is a lot in the classic that a modern writer wouldn't be able to get away with today. For example, the reader is introduced to a character who, through no fault of her own, is being attacked relentlessly, over vanity no less. The character is surrounded by seven relatively worthless characters who were so dull that Disney had to create a personality for each.

I began to think to myself, what if someone could take this story and fix many of the issues that were wrong with it? For example, what if the heroes weren't the sort to let their princess be attacked mercilessly? What if the villain wasn't overly concerned with vanity but with something more important? What if I then could make the heroes young and lively, the sort of characters to which young ones can relate as they grow older? And two distinct characters were born. The first was Jendra, who has a lot of the issues of a teenager nearing adulthood preparing to stand on her own for the very first time. The second was Toby, who was a preteen struggling to find a place in his own life. I began to see them as characters to cheer for. And yes, Squirrel Nutkin's devious nature appears very strongly in both of them. In addition to these changes, I decided (as I eventually decide to do in some shape or form with all of my writing) to make it an intergalactic alien adventure.

To be fair, my current series is not for everyone. But I strive to balance the action, the adventure, the heartfelt emotion, the humor and the reasons to cheer into one book your young ones will really enjoy. Who knows, mom and dad? You might enjoy these stories too.

Among my greatest influences for this series are the incredible voices of Eoin Colfer, Brandon Sanderson, Patrick Carman, Terry Pratchett, and Lemony Snickett among many, many others. I have a rare take on writing fiction for young ones. I don't talk down to them. I treat them as real people who simply have a heavier dose of imagination than most adults. I keep my stories clean and enjoyable. And I hope that as I continue to build this universe, I will be able to reach a wide array of young ones.

AUTHOR'S NOTE:
I want all to know that the cover artwork on the cover of Teddy Bear Junction was discovered on Flickr.com. It was a combination of artwork by Christie Kotz (the teddy bear), Stacie Stacie Stacie (the suitcase), and Moyan Brenn (the background). Many thanks to these tremendous photographers for allowing me to modify their works and share them with all of you. 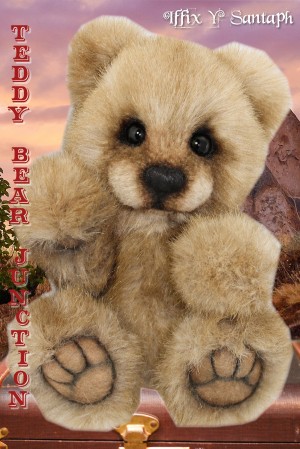 You have been added to Iffix Y. Santaph's favorite list.

You can also sign-up to receive email notifications whenever Iffix Y. Santaph releases a new book.