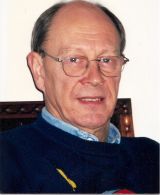 The author was born and educated in England and served in the British armed forces and briefly as an officer in the British Prison Service. He subsequently became a financial adviser and retired as an executive in a financial planning firm. He took up writing as a hobby upon retirement and he now lives in Ontario with his wife. His writing has a military or law enforcement theme to it as his interests lie in that field.

Where were you born
I was born and raised in Liverpool during WW11. My father was a policeman and my mother was a housewife. My mother died when I was ten years old and my father re-married when i was thirteen. I joined a military college when I was fifteen and upon graduation from there served for nine years with the British Army.
What prompted you to start writing
Actually it was my father's death that prompted me to take up writing. I learned more about my dad after he died than I knew whilst he was alive. They were little things here and there, but added together they painted quite a picture. There was so much that I didn't know. I then realized that my boys would be in the same boat as I had kept so much to myself about my early life and military service. This prompted me to write a brief auto biography about my life for their benefit. I had never written before, but once I had completed it I then thought I could actually write a book if I put my mind to it. That was how it all started.
Read more of this interview.

Maureen's Journey by Ian Macdonald
The adventures of a woman that lead her to establish a women's shelter and give a new life to many. broken women. They found hope, renewed self-confidence and romance and would go o to lead normal lives. Some would come back to assist Maureen in her quest and help other women attain their independence and lead fulfilling lives. Good men do exist, you just have to look in the right places. Maureen had finally found hers and now wished the same for others.

Alicia's Games by Ian Macdonald
A computer whiz develops a set of video games to teach and educate children using talking animals. It was so successful worldwide it made her a millionaire. She then adapted her game to help people in general by starting them off early as kids and making them become responsible, tolerant and understanding of others. Hopefully this game too would have beneficial results and make the world a better place.

The Shadow boys by Ian Macdonald 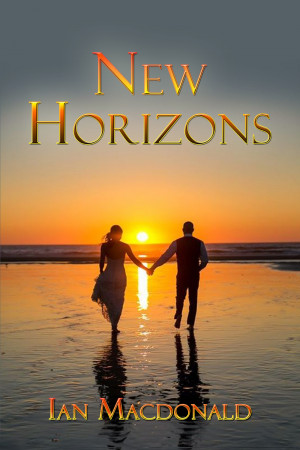 New Horizons by Ian Macdonald
Price: $2.99 USD. (Free!) Words: 96,580. Language: American English. Published: September 9, 2019. Categories: Fiction » Romance » General
When his nurse girlfriend was killed by the Taliban in Afghanistan her boyfriend, a military surgeon, fell apart. This traumatized and battle weary surgeon never thought he'd find love like that again, but he did. His high school crush re-entered his life and totally restored him. He then became a well-respected surgeon again and helped thousands of disabled vets to live normal lives as a result. 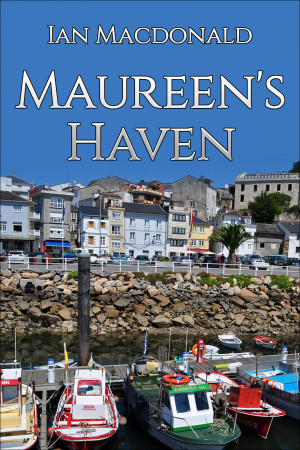 Maureen's Haven by Ian Macdonald
Series: Maureen's Journey. Price: Free! Words: 98,230. Language: Canadian English. Published: April 1, 2017. Categories: Fiction » Romance » General
Prior to arriving at Maureen's Haven these beautiful but emotionally downtrodden women had lost all hope of leading a normal life and being cherished. Maureen's Haven changed all of that; re-educated them, found them jobs and restored their self-esteem. Love and romance then followed and most found the life they thought they could never have. They now knew that their dreams could all come true. 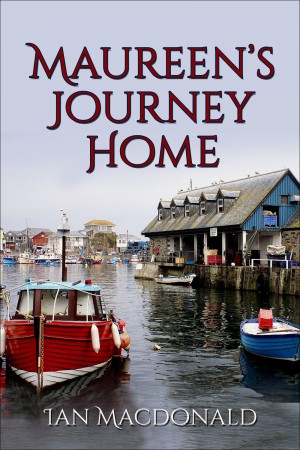 A young woman seeking Romance, Love and Comfort decided to try the internet when the local scene failed to produce her Prince Charming on a white horse. She knew the risks, or so she thought. This particular nightmare nobody could have warned her about or even thought of. She did find her prince and she had a fairy tale ending to her quest. But she traveled a very scary road in order to get there. 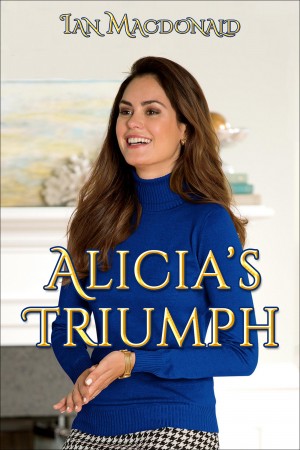 Alicia's Triumph by Ian Macdonald
Series: Alicia's Games. Price: Free! Words: 96,700. Language: English. Published: March 21, 2015. Categories: Fiction » Romance » General
Alicia was living the dream, but Debbie's life was a nightmare and one she hadn't caused. One wrong turn on the road of life and here she was, destitute and broken. When Alicia learned of Debbie's story she was determined to get her life back on track for her. This millionaire computer game designer now added a new dimension to her game, one that would help many women besides Debbie and Chelsea. 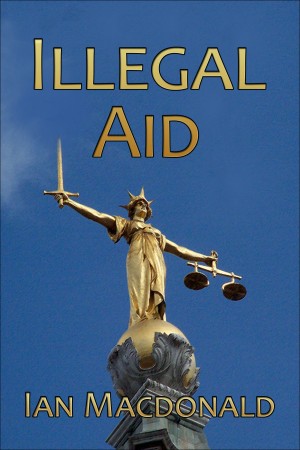 Illegal Aid by Ian Macdonald
Price: $2.99 USD. (Free!) Words: 103,870. Language: English. Published: August 29, 2014. Categories: Fiction » Thriller & suspense » Crime thriller
It all started when a skilled rapist, who considered himself to be the the provider of women's dark sexual fantasies - even if it was against their will., raped and brutalized the wrong woman and got away with it. This provoked a group of concerned citizens to rectify the judicial flaws that allowed it, and other cases also, to go unpunished. This illegal assistance became very efficient indeed. 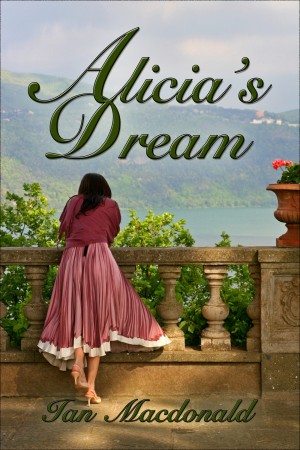 Alicia's Dream by Ian Macdonald
Series: Alicia's Games. Price: Free! Words: 88,170. Language: English. Published: August 24, 2014. Categories: Fiction » Romance » General
Alicia and John's rekindled romance was already intense when they met young Tommy and he now added even more Joy to their lives. One night Alicia had a dream about helping this boy - and what a magical dream it turned out to be. It would lead her to developing a game based on colors and talking animals that would enthrall children, educate them subliminally and entertain millions of others too. 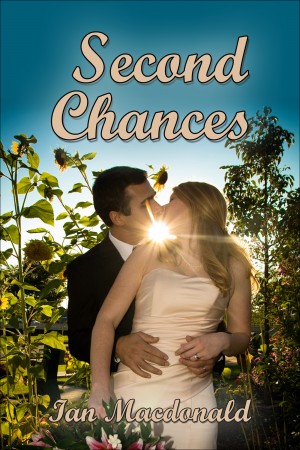 A group of women return for their high school reunion. Who they were then and who they are now are two very different things. Some had been given second chances, others were about to be given them but all of them had led colorful lives. This reunion could prove to be explosive - the question was would anyone light the fuse. No wonder tickets to this event were sold out long ago.. 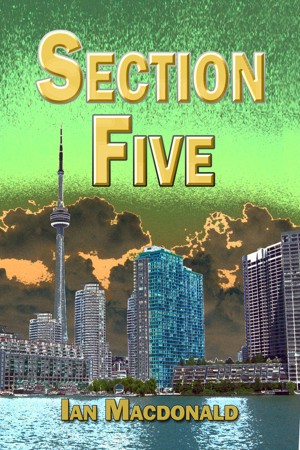 Section Five by Ian Macdonald
Series: The Shadow boys, Book 3. Price: $1.99 USD. (Free!) Words: 103,320. Language: Canadian English. Published: November 13, 2013. Categories: Fiction » Thriller & suspense » Action & suspense
Section 5, or The Shadow Boys are Canada's anti terrorism unit. They operate off the books and are not constrained by law. Their sole mandate is to get the job done. How they achieve it is of no consequence.They must protect Canada's interests and its people - and they do. This book takes you along to show you just how and why these teams are necessary in today's troubled world. Enjoy the ride. 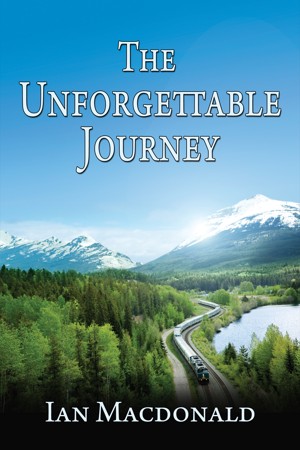 The Unforgettable Journey by Ian Macdonald
Series: The Shadow boys, Book 2. Price: Free! Words: 99,010. Language: English. Published: July 12, 2013. Categories: Fiction » Romance » General
John Cannon thought his life was over when he lost his beautiful young wife to breast cancer. The train ride his friends persuaded him to take could not possibly uplift his spirits and stifle his misery - but it did. The people he met and the amazing stories they told him had a huge impact on this ex-special forces officer.. He met his future wife on that train too - he just didn't know it then. 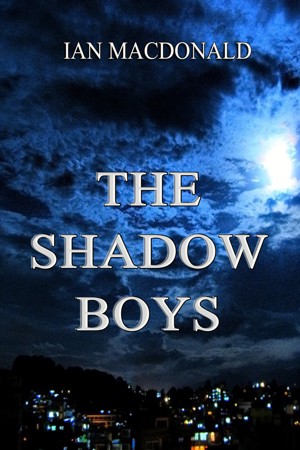 The Shadow Boys are Canada's anti-terrorist hunters. They are selected from the special forces and given additional special ops and medical training. They report directly to the Defense Minister. On paper they do not exist. They are authorized to do what needs to be done in order to successfully achieve the goals assigned to them and no questions are asked regarding their means of achieving them. 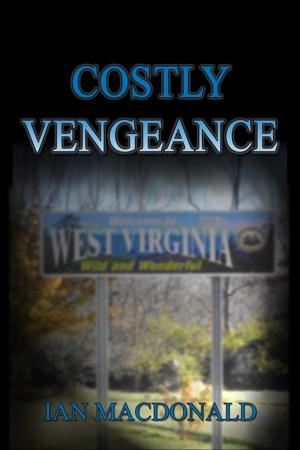 Revenge can be most satisfying at times, but occasionally it can come at a price. The Wall Street banking dynasty needed to be taught a lesson in humility and also the meaning of compassion. That family lacked both and a group of their former clients set out to teach them the error of their ways and make sure that lesson struck home. They got the message - but it came at a cost to the teachers. 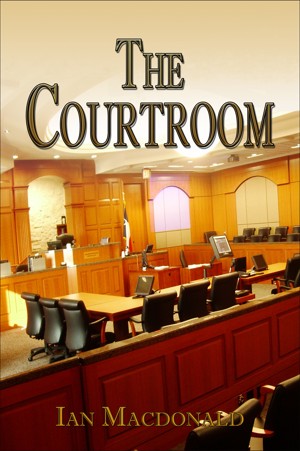 The Courtroom by Ian Macdonald
Price: $1.99 USD. (Free!) Words: 99,570. Language: English. Published: October 21, 2012. Categories: Fiction » Thriller & suspense » Courtroom
A simple routine audit of a firms books reveals some unbelievable atrocities. It shocked the auditor to her very core. White slavery and murder became involved and this was merely the tip of the iceberg.Domestic terrorism would also become a feature. However, everything is not always as it seems. The judge and both attorneys hear news that leaves them speechless in the middle of the trial.

You have subscribed to alerts for Ian Macdonald.

You have been added to Ian Macdonald's favorite list.

You can also sign-up to receive email notifications whenever Ian Macdonald releases a new book.