David Fugere was born in Portland, Oregon in 1937. The book, “Against All Obstacles” was started at age 60, and finished at 75. The perceived need for cover-art started David on an ambitious study of art that has now created a new facet in his life; sadly, it stretched the competition of the book to 15 years. Many of the book’s adventure situations are based on real life experiences.

Winston Churchill an accomplished painter said, "it takes three lifetimes to become a good painter," I believe him now!

Where to find David Fugere online 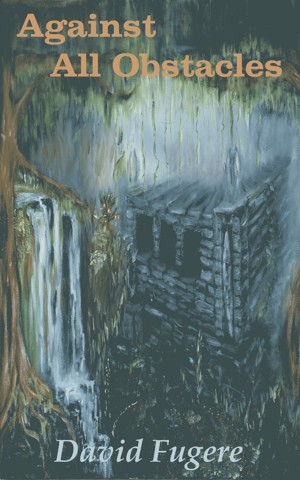 Against All Obstacles by David Fugere
Price: $4.95 USD. Words: 166,430. Language: English. Published: May 29, 2013. Categories: Fiction » Adventure » Action
In 1937 two friends, would be adventures; attempt a world flying record, Miami to, the tip of South America. They plan for the fame and adulation that comes with setting a world record. The ill-conceived flight ends prematurely with a crash in the Venezuelan jungle. Survival and escape from of the never-ending jungle leads the uninitiated explorers through unbelievable hardships and struggles.

You have subscribed to alerts for David Fugere.

You have been added to David Fugere's favorite list.

You can also sign-up to receive email notifications whenever David Fugere releases a new book.