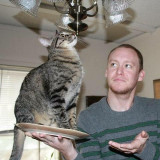 I'm an avid reader, and have been ever since I fell into it by an oddity of fate in the sixth grade. My best friend wouldn't quit talking to me about a fantasy series that he was reading. I borrowed the first book from him to guard myself from any further ranting (he couldn't very well talk about parts of the series I hadn't read yet, could he?). I ended up reading the book almost by accident. I couldn't stop reading, and I still can't.
My wife and I live in Tulsa, Oklahoma - along with our small army of pets, and our books.

What are you working on next?
A serial literature anthology has been my main focus of writing recently. Modern Magic is an urban fantasy series being published in individual stories, ranging from long shorts to short novelettes. The story arc is set for twelve stories, and once completed will be published as a complete anthology; until then the individual stories are available through most eBook distributors as I finish them.

The series focus upon conflict between magic wielding humans, and the beings of mythos that actually are magic. In this reality Merlin cast a spell long ago, a spell that insulated those humans that couldn't wield arcane power from being effected by magic at all. This protection of the humans from all the monsters of the night is now in peril, and it falls to a series of anti-heroes to save the day.
Who are your favorite authors?
This is a tough one. I've no shortage of names, but with so many in mind I'm not going to recall the ones that I haven't read in a while without tearing through my bookshelves and e-libraries. okay, off the top of my head (not in rank order):
Frank Herbert, Douglas Adams, Asimov, Brent Weeks, Brandon Sanderson, Jim Butcher, Michael manning, Maggie Furey, Mickey Zucker Reichert, David & Leah Eddings, Stephen Baxter, Diana Wynne Jones, Robert A. Heinlein, Trudi Canavan, Karen Miller, Neil Gaiman, Jack Vance, Kate Griffin. I should stop there, and go get a band-aid for a cut on my finger that just reopened with morbidly convenient timing.
Read more of this interview.

Where to find Joshua Cox-Steib online

Modern Magic by Joshua Cox-Steib
Long ago a mighty spell was cast. Merlin, the greatest magician to have yet lived, summoned forth a single drop of blood from each living human, and upon this ocean of blood he cast a potent curse with the greatest of intentions. His spell changed the nature of mankind's interaction with the arcane forever. With this curse he insulated the species against the very fabric of the arcane. Future generations became all but oblivious to the presence of magic. In time all that was magic became forgotten by the masses, and it had to be discovered anew by each magician as the generations rolled by. But once the magic was touched it shattered the protections upon that individual, and brought the pervasive realities of the unbelievable into stark view all around them. A new community of magicians, in all their varieties, began to form throughout this new world. They formed out of necessity for survival. With the entrance of magic into their lives, so too came the monsters. This is a series of short stories delving into the adventure and mystery of modern magic. There's an entire world of magic out there. A dream just waiting for those who will look, and make it real again...

Prey to the Aswang
Price: Free!

The Inn of Adventurers by Joshua Cox-Steib
This collection of stories features classic fantasy tropes reminiscent of d20 gaming experiences, and cast in a humorously satirical light. Dark, witty, and fun; come and join the adventures. The Inn is waiting.

The Inn of Adventurers
Price: Free!

The Inn of Adventurers: Teatime for the Dead
Price: $0.99 USD. 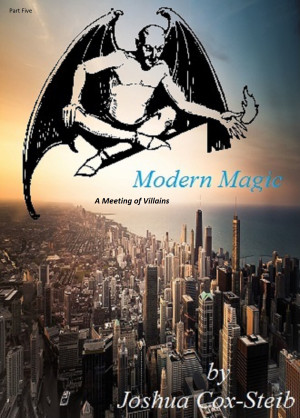 A Meeting of Villains by Joshua Cox-Steib
Series: Modern Magic, Book 5. Price: $0.99 USD. Words: 3,520. Language: English. Published: March 7, 2017. Categories: Fiction » Anthologies » Short stories - single author, Fiction » Fantasy » Urban
The heroes have gathered, but their endeavors have not gone unnoticed. Those who would bring done the magic of Merlin that protects humanity are brooking no interference. Indrajit, Rezlaquin, Morgan Le Fay, and the Goddess Circe form a council of war to pool their efforts in laying humanity low. When they learn of the group of heroes forming against them there is only one thing to do... 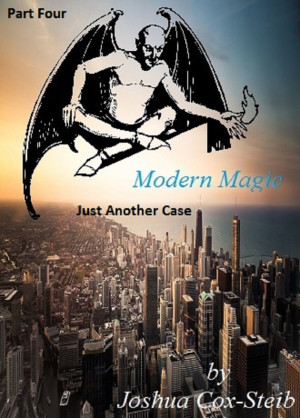 Just Another Case by Joshua Cox-Steib
Series: Modern Magic, Book 4. Price: $0.99 USD. Words: 7,160. Language: English. Published: March 7, 2017. Categories: Fiction » Anthologies » Short stories - single author, Fiction » Fantasy » Urban
This is the fourth story in the Modern Magic series, and in it we meet our final protagonist. PI, sorcerer, morally ambiguous, and just looking to solve a case. This story marks a pivotal turn in the series, as after this the pace picks up, the protagonists move towards collaboration and the villains up the ante. 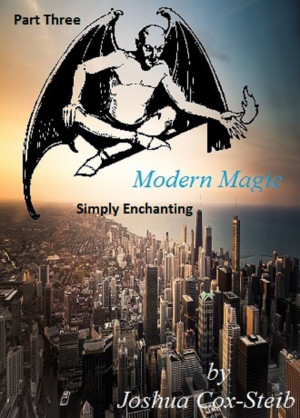 Simply Enchanting by Joshua Cox-Steib
Series: Modern Magic, Book 3. Price: $0.99 USD. Words: 4,290. Language: English. Published: February 2, 2017. Categories: Fiction » Anthologies » Short stories - single author, Fiction » Fantasy » Urban
Two enchanters, Gregor and Anthony, are enlisted in a secretive project that will test their skills to the limits. In the secluded kennecott mining town of Alaska, they set to work. Things are going well until winter sets in, and things with their employer take an unexpected turn. This is the third story in the Modern Magic series. 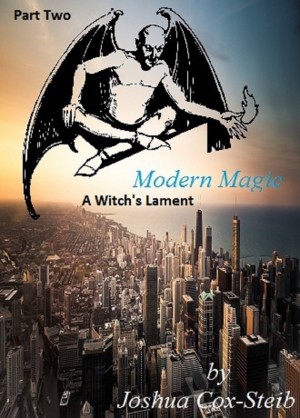 A Witch's Lament by Joshua Cox-Steib
Series: Modern Magic, Book 2. Price: $0.99 USD. Words: 4,220. Language: English. Published: October 18, 2016. Categories: Fiction » Fantasy » Dark, Fiction » Fantasy » Urban
The second installment of the series "Modern Magic" introduces us to a young witch with an unusual past. We meet here shortly after her twenty-sixth birthday. It was this day that started it all. This story is written in a style that eschews declarative gender labels for the protagonist within the narrative; as such, it is up to the reader to choose what labels they see fit. 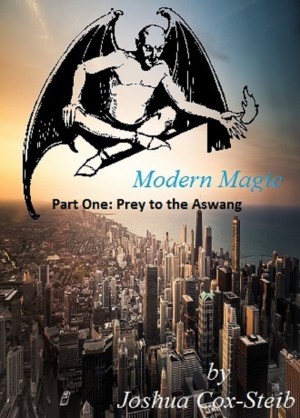 Prey to the Aswang by Joshua Cox-Steib
Series: Modern Magic, Book 1. Price: Free! Words: 4,430. Language: English. Published: September 29, 2016. Categories: Fiction » Fantasy » Urban, Fiction » Fantasy » Dark
With a deadly monster hot on his heels, Gareth flees through the streets of Chicago. It's taking all of his shamanic abilities just to keep him from death. And then his salvation arrives, but it may be too good to be true. 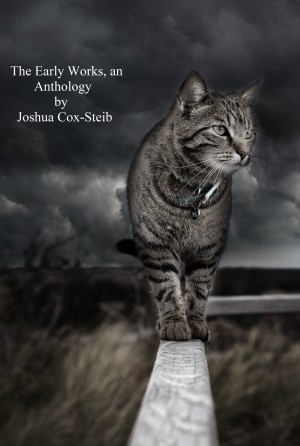 The Early Works, an Anthology by Joshua Cox-Steib
Price: $2.99 USD. Words: 44,170. Language: English. Published: June 30, 2016. Categories: Fiction » Anthologies » Short stories - single author, Fiction » Adventure » Action
A collection of short fiction. Ten stories ranging from the fast paced action of Spell Wars, to the satirical comedy of The Inn of Adventurers, and into the complex character entanglements of Welcome to Tulsa. This anthology contains the early publications of Joshua Cox-Steib, and shows firsthand the evolution of his writing as he crafts and creates fantastical worlds of the bizarre. 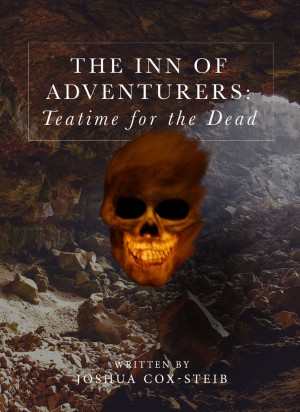 The Inn of Adventurers: Teatime for the Dead by Joshua Cox-Steib
Series: The Inn of Adventurers. Price: $0.99 USD. Words: 10,930. Language: English. Published: June 17, 2016. Categories: Fiction » Fantasy » General, Fiction » Adventure » Action
In this, the second installment of The Inn of Adventurers, Tarly, Drudge, and Randell set out on a journey that may very well cost them their lives, and more besides. With the ire of the Curator egging them onward, they have little choice in the matter. Are they up to the challenge? Or will they fade after a one-time appearance, like so many adventurers before them. Tune in, and find out. 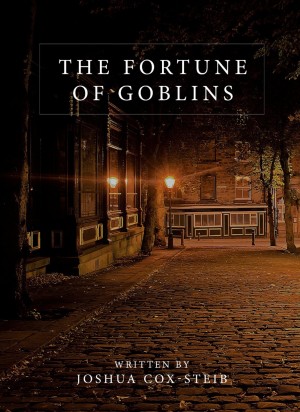 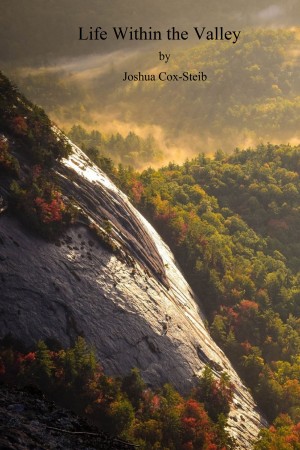 Life within the Valley by Joshua Cox-Steib
Price: Free! Words: 640. Language: English. Published: June 2, 2016. Categories: Fiction » Literature » Literary
A descriptive narrative of scenery, and the dance of life contained within. This is something of a literary adaptation of visual art akin to those belonging to the Hudson School of Art. The narrative imagery is designed to provide a coexistence of stillness and movement, without creating a conflict between the two. 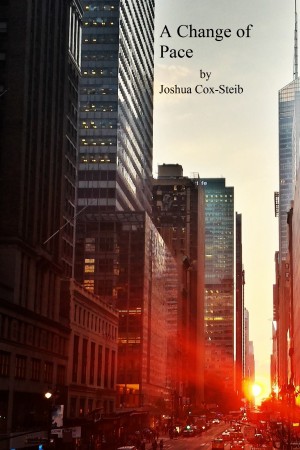 A Change of Pace by Joshua Cox-Steib
Price: Free! Words: 580. Language: English. Published: June 2, 2016. Categories: Fiction » Themes & motifs » Spiritual & metaphysical
A short story exploring transitional narrative, and intended as a metaphorical presentation of not settling for the familiar, but bravely pursuing a path into the unknown in hopes of finding something more. 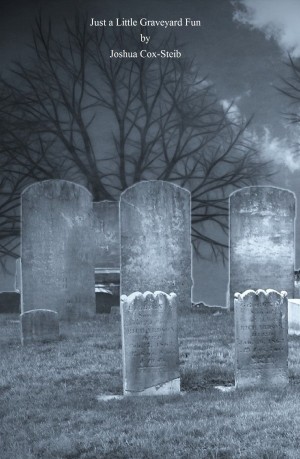 A flash fiction piece depicting what turns out to be a rather unpleasant graveyard adventure for our poor protagonist, Jeremy. This is an exploratory piece into unusual styles of presentation - playing with the ways visual depiction of text can affect the surrounding narrative. Fast paced, dark toned, and thoroughly creepy; this should be an interesting, and very quick read. 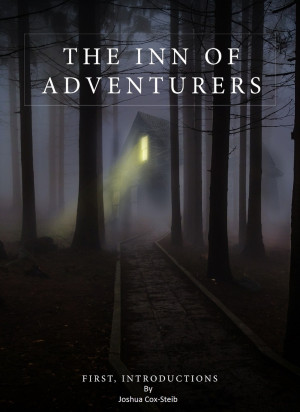 The Inn of Adventurers by Joshua Cox-Steib
Series: The Inn of Adventurers. Price: Free! Words: 7,590. Language: English. Published: May 10, 2016. Categories: Fiction » Fantasy » Short stories, Fiction » Adventure » Action
Overpowered wizards with far too little sense. Angry axe-wielding dwarves covering hearts of gold with the bellicose violence of fragile masculinity. Pessimistic clerics who surrender on sight and find reassurance in misfortune. An innkeeper who's more than he seems. The Inn of Adventurers is a story flavored with the stylings of a traditional fantasy rpg and cast through dark humor and satire. 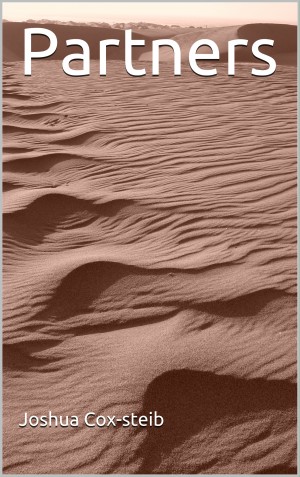 Follow the exploits of two outlaws as they navigate a partnership fraught with danger while attempting the heist of their lives. 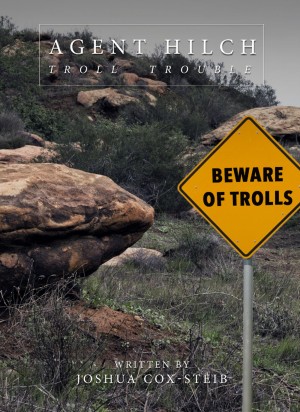 Agent Hilch: Troll Trouble by Joshua Cox-Steib
Price: $0.99 USD. Words: 7,380. Language: English. Published: March 31, 2016. Categories: Fiction » Mystery & detective » Short Stories, Fiction » Science fiction » Short stories
Hilch responds to what he thinks is a simple case of foolish citizens becoming troll food, but things get complicated once he explores the crime scene. With no sign of the trolls in question he has to use every tool at his disposal (and some that aren't) to solve the case. With a no-nonsense approach, and little regard for rules and protocol Hilch goes after the culprits in style. 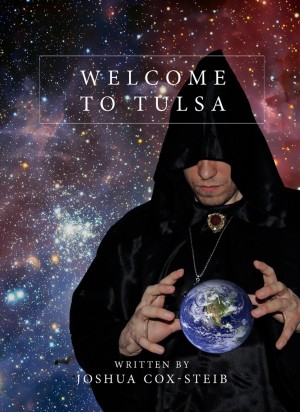 Welcome to Tulsa by Joshua Cox-Steib
Price: $0.99 USD. Words: 8,070. Language: English. Published: March 18, 2016. Categories: Fiction » Fantasy » Urban, Fiction » Fantasy » Short stories
A young Mystic has an unfortunate crossing of paths with his professor, and ends up bewildered and stranded on Earth. After growing up on a world where magic, and not technology is the basis of social power this planet presents him with near endless possibilities. 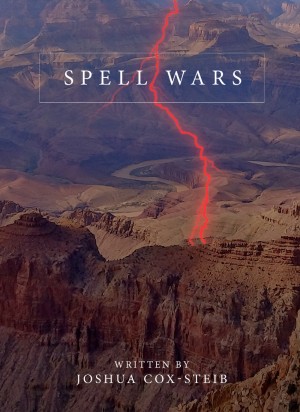 You have subscribed to alerts for Joshua Cox-Steib.

You have been added to Joshua Cox-Steib's favorite list.

You can also sign-up to receive email notifications whenever Joshua Cox-Steib releases a new book.