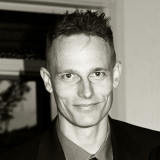 Currently working in marketing for a children's charitable organisation running corporate bike events across Australia. For several years Jeff wrote as a freelancer for Inside Sport magazine and The Age newspaper.

Now, for something completely different, Jeff has released his first fictional work, the genre bending Undercurrents.

Besides storytelling, another of Jeff's passions is the Collingwood Football Club (Australian Rules) which spawned his first book, Collingwood's 50 Most Sensational Games.

What was the inspiration to write Undercurrents?
A few years ago I penned a satirical blog on my suburb that to my surprise went viral. Then there was my curiosity for the novel writing process, combined with having lost motivation for writing sport (but not for writing). Figuring I had an interesting location overdue for a story, all that was left was the small matter of devising the plot!

Initial influences included two memoirs - Anson Cameron's 'Boyhoodlum' and Jimmy Barnes' Working Class Boy. Both are filled with anecdotes either too hilarious or too horrendous not to be true, vividly painted in distinctly Australian colours. However, as a fictitious storyline, Undercurrents allowed me the freedom to weave versions of experiences and develop characters in a way that facilitated a broad range of issues and emotions.
Why is the story set so specifically in the early months of 1988?
On reflection, this was a fascinating period to be growing up - a time where optimism competed with fear. The threat of nuclear war had been usurped by the threat of AIDS. Meanwhile, Australia was basking in the glow of the Bicentenary celebrations and there was a sense of being on the cusp of some futuristic world. Yet in suburbia nothing much had changed since the 1950's. There had been technological advancements but relatively benign compared to today. And there was more freedom - for better or worse people were left to their own vices. Nowadays there's a day or a week for every disadvantage and disadvantaged group, there's no stone left unturned in this quest for a Utopian society. Notwithstanding, and maybe this is nostalgia talking, people seemed generally happier despite the political incorrectness and denial and lack of support for their traumas and addictions and mental illnesses and discrimination.
Read more of this interview.

Where to find Jeff Dowsing online 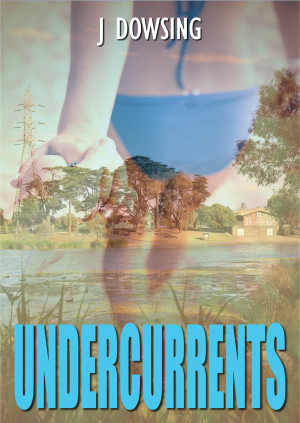 Jack McIvor, 15, and his father Mick are barely treading water in the traumatic aftermath of a day trip to notoriously dangerous Gunnamatta surf beach. Just as sporting heroics and the attentions of a certain girl shed light, Jack is pulled into new, interconnected dramas featuring family, friends and local low-lifes inhabiting Melbourne’s hard boiled northern suburbs of the late 1980's. 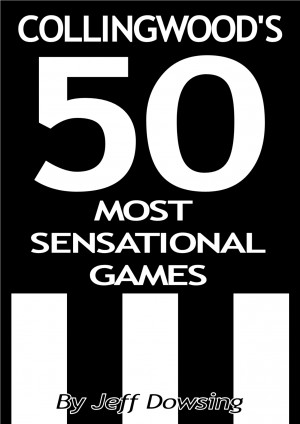 Collingwood's 50 Most Sensational Games by Jeff Dowsing
You set the price! Words: 101,780. Language: English. Published: March 17, 2011. Categories: Nonfiction » Sports & outdoor recreation » Football & rugby
The Collingwood Football Club is the biggest show in Australian professional sport for a reason. Loved and reviled in equal measure, The Club is steeped in a rich, sometimes turbulent 120 year history. Here, fifty of the seminal on-field moments have been identified, described and analysed for posterity - historical snapshots that go some way to explain the Magpie mystique.

You have subscribed to alerts for Jeff Dowsing.

You have been added to Jeff Dowsing's favorite list.

You can also sign-up to receive email notifications whenever Jeff Dowsing releases a new book.