James Heath Lantz is a freelance writer who was heavily influenced by television, film, old time radio shows and books - especially comic books - growing up in Ohio. He's co-authored Roy Thomas Presents Captain Video with Roy Thomas. He also wrote the introductions for Pre-Code Classics: Weird Mysteries Volumes One and Two and Roy Thomas Presents Sheena - Queen of the Jungle Volume Three. (All published by PS Artbooks.) He is a staff writer for TwoMorrows Publishing's magazine Back Issue. James currently lives in Italy with his wife Laura and their family of cats, dogs, a turtle and humans from Italy, Japan and the United States.

Could you tell us a little about yourself?
My Author's Bio pretty much tells everything about me, but for those who haven't read it, here it goes. I was born and raised in rural Ohio, and moved to Italy in 2001 to be with my wife. (We married in 2003.) I've always had a vivid imagination. I often would write stories of aliens, monsters, superheroes, etc. in my high school English classes. I was, and I still am, influenced greatly by comic books, prose novels and stories, film, television old time radio programs. My wife Laura saw this, and suggested that I try writing about something about those things I enjoy. While perusing the internet, I noticed Superman Homepage had a section on the old 1940-1951 Superman radio show. (To my knowledge, it could be the longest running audio drama based on a comic book/comic strip character.) Yet, nobody had reviewed episodes in the series. I asked Steve Younis, the site's webmaster, and I wrote about the serialized story arcs featuring the Man of Steel on radio. That led to reviews of The Adventures of Superman 1952-1958 TV show starring the late George Reeves, various comic reviews and a couple of fanzine pieces.

My first professionally published work appeared in two forms - a magazine article and a book introduction. In 2012, I saw that the editors of the various comic book history magazines published by TwoMorrows Publishing took submissions via e-mail. One of those editors was one of my many idols Roy Thomas, who wrote and edited many comic books for Marvel and DC Comics. I pitched an idea to him. He rejected that, but said he needed a piece on Captain Video and His Video Rangers, television's first science fiction show and its 1950s comic book. Roy liked the article so much he asked if I'd want it to be part of the introduction to the book Roy Thomas Presents Captain Video. I said yes just to have the honor to work with Roy, but being co-author of that essay with him is one of the proudest moments in my career. The abridged version appeared in issue #117 of Roy's magazine Alter Ego. I've since written forewords to three book, and I'm currently a staff writer for Back Issue, a periodical focusing on comic book history from 1970-the mid-1990s edited by the great Michael Eury He used to write and edit comic books for Dark Horse Comics.
What's the story behind your latest book?
Trilogy of Tales is a collection three very short stories that I wrote when I didn't have other writing assignments. They are influenced and inspired by various things.

The Awakening came from something my wife had read to me about theories that life may be a computer simulation. It could also be considered a tribute to The Matrix. (The first movie only. I didn't care for the sequels.) The protagonist, a comic book writer, discovers reality may or may not be what it seems.

The Dream Eater is a demon that feeds on the energy created by dreams. There's some George A. Romero influence mixed in with some things inspired by the Silent Hill video game franchise.

Time Watchers have watched space and time for countless eons. One such Time Watcher must travel into the past to save the universe. The televisions shows Fringe, Red Dwarf and Doctor Who planted the seeds for this one. It's my personal favorite of all three stories.

In other words, these are three stories to help the reader escape reality for a bit.
Read more of this interview. 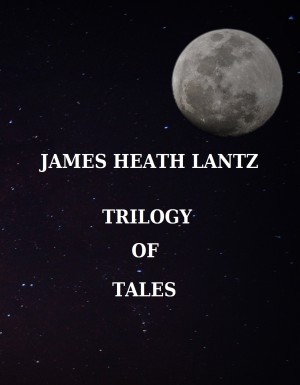 You have subscribed to alerts for James Heath Lantz.

You have been added to James Heath Lantz's favorite list.

You can also sign-up to receive email notifications whenever James Heath Lantz releases a new book.