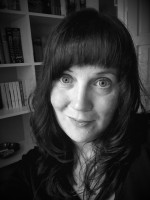 Julia P Aspenn was born with the overwhelming urge to write. She wrote her first novel when she was less than ten-years-old and has been scribbling stories ever since. There have been times though, when she has had no interest in writing, but the dream of publishing a book one day never wholly withered. Her favored genre is fantasy, but her drawer contains drafts of other fiction and poetry as well.

She finds her inspiration in folklore, mythology, music, and the northern nature. When not writing, she enjoys reading, making art, gardening, and hiking in the woods with her dogs.

Where to find J.P. Aspenn online

Braenduir Chronicles by J.P. Aspenn
A long time ago, the gods dwelled among the mortals in the Torn Continent, guiding them and granting them gifts such as fire and magic, but after the Isbaelath, the epic battle between the twin gods of war, they withdrew to another world, hidden to the mortals. Only the myths, legends, and one unfortunate deity remained. To most, myths are all the ancient divinity is, but some still believe that gods and demons are real, and some are personally touched by their existence. Lady Irana Stemraon doesn't believe in gods or any immortal creatures. At least, not until she finds a tattooed stranger she once dreamed about on the slaver's platform. A Hjelmen warrior, Toren Eddesen, despite being a close friend to a man who claims to be possessed by a divine spirit, also finds it hard to believe in anything but sharp steel and free will, and his countryman, Arron Grethsen, the best archer in Nortenmoor's garrison, only believes in freedom of choice and the things one can see with their bare eyes. However, all three of them are forced to reconsider their views as they start their journeys through Braenduir, and every step takes them deeper into the world of legends and ancient mysteries.

Runecursed
You set the price! 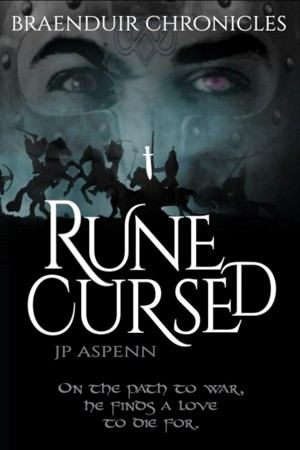 Runecursed is a slow-paced, multicharacter epic fantasy adventure that takes the reader to Braenduir where a man can be made a god and most all true heroes are dead.

You have subscribed to Smashwords Alerts new release notifications for J.P. Aspenn.

You have been added to J.P. Aspenn's favorite list.

You can also sign-up to receive email notifications whenever J.P. Aspenn releases a new book.