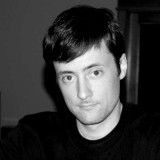 Born in eastern Tennessee, J.P. Beaubien now lives mostly in his own head though he sometimes crashes back to reality in the city of Knoxville. He quit his stable job at a machine shop to write a book about time traveling Nazis. His childhood dream was to be a dinosaur while his childhood hero was Godzilla.

He started building worlds out of modeling clay when he was only six years old and has graduated to designing new worlds with the pen. An avid table top role player, digital artist, and writer, Joseph is always exploring and creating new worlds.

He is a member of the Knoxville Writer’s Guild and has published digital artwork for World Works Games Inc. His current project is a book series named Aeon Legion.

Where to find J.P. Beaubien online 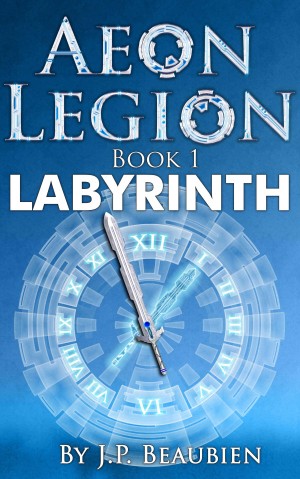 Aeon Legion: Labyrinth by J.P. Beaubien
Price: $2.99 USD. Words: 147,560. Language: English. Published: June 15, 2016. Categories: Fiction » Science fiction » Utopias & dystopias, Fiction » Young adult or teen » Sci-Fi & fantasy
To guard the Edge of Time from the changes of time travelers, the Aeon Legion seeks strong soldiers from history's most war-torn eras. Those deemed worthy gain a chance to compete in the toughest training program ever designed. Terra Mason, a plain 18-year-old girl from modern times, must turn her stubbornness into determination if she is to pass the Legion's final test; the mysterious Labyrinth.

You have subscribed to alerts for J.P. Beaubien.

You have been added to J.P. Beaubien's favorite list.

You can also sign-up to receive email notifications whenever J.P. Beaubien releases a new book.