Jacob Larch is a screenwriter, script editor and author, recipient of an international screenwriter’s award with a wealth of scripts covering almost every genre.

Commended in feedback by top-level British Television production companies for “lively, entertaining scripts”, “remarkable characterization and development” and “innovative ideas that leap off the page”, Jacob has been building his writing résumé for seven years ever since his first T.V Drama pitch, Post Mortem, earned an invite to a script feedback meeting at Shepherd’s Bush with the B.B.C.

One film-maker commented “never have I met someone so sensitive, he can write female characters better than most women writers I know”

As a novelist, his work has been critiqued as having “a sheer breadth of imagination”, prompting a recent decision to self-publish his first series of Novels.

Jacob was born left-handed into a strict education that did not permit left-handed children. Forced to use his right hand, Jacob developed a life-changing speech defect at the age of four that remained until a variety of factors, and friends, helped him overcome his communication difficulties by the age of twenty-five.

“As a child, I would stammer, stutter, and hesitate. Most people had one defect, I had all three. I knew the words I wanted to say, but couldn’t get them past my mouth. I would search for any clue, any indication in the face and the body language of the people around me to avoid speaking aloud. Years later I discovered behavioral science and realized the skills they taught were the same social observation skills I developed naturally through childhood. I was a people watcher, an observer of emotion, nuance, the subtle changes in face and eyes to bring about the wealth of non-verbal communication”

Added to work in the criminal justice system, Jacob has spent half his life assisting prosecutors, working with members of the constabulary, and in recent years specializing in work with victims of crime. In his time he has met and dealt with literally thousands of people often under both professional and emotionally charged situations, giving him a greater insight into the human condition. He described one aspect of his work thus:

“It’s part of my job to walk into a room and meet the victims of a crime about to give evidence in the Crown Court. In thirty seconds I have to assess what kind of witness they would make, and read the best way of establishing a dialogue. When you’re afraid, everyone is different: some react to humor, others to an authority figure, some like to be gently guided and some just want a friend, whilst others just want someone to tell them it’s going to be okay. Everyone is scared, no-one wants to be there, and they don’t want to give evidence against those who made them victims at the outset. In almost all cases I can take a terrified, nervous victim of the worst of crimes, make them feel good about themselves, give them confidence and empower them with the drive, determination, and self-belief to do what they came to court to do. I love meeting people, talking to them, and helping them”

WHERE DO THE IDEAS COME FROM?

“The ideas come from all over. Sometimes a snatch of a song, a passing remark from someone else’s conversation, sometimes a scent in the air or a soundtrack (I have many) that sparks an emotion”

Where to find Jacob Larch online 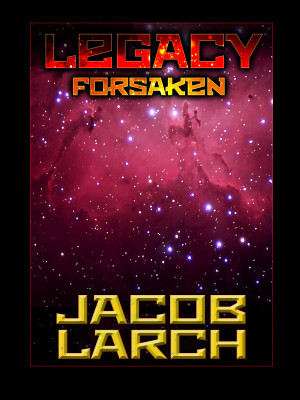 Legacy Forsaken by Jacob Larch
Price: $2.00 USD. Words: 87,630. Language: English. Published: April 29, 2018. Categories: Fiction » Science fiction » Adventure, Fiction » Science fiction » Space opera
three ships, three captains, and one prize. the race is still on. legacy forsaken continues the story as rabbit, deposed as captain, watches his crew embark on a desperate gamble to assert control of the underworld, lazlo’s search for answers leads his crew to stage a hijack, and time runs out for serena as the hunters threaten the one thing she fears: losing the crew she calls her family. 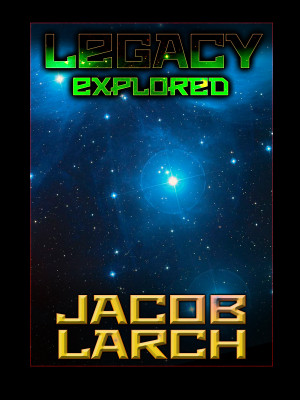 Legacy Explored by Jacob Larch
Price: $2.00 USD. Words: 89,150. Language: English. Published: April 4, 2018. Categories: Fiction » Science fiction » Space opera, Fiction » Science fiction » Adventure
Legacy Explored continues the race to stop the virus that could eradicate humanity: Serena pursues a hacker to decode the information that could lead to the cure on a world lost to Chaos, Lazlo fights to regain the trust of his crew by unleashing violence for a cause that leads him to a mystery, and Rabbit faces dissent from within when his crew walks into a trap set by an old friend. 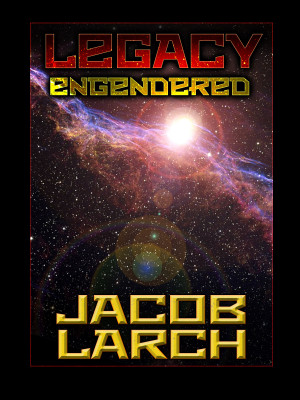 Legacy Engendered by Jacob Larch
Price: $0.99 USD. Words: 81,220. Language: English. Published: December 31, 2017. Categories: Fiction » Science fiction » Adventure, Fiction » Science fiction » Space opera
legacy engendered is a science fiction /space opera /action adventure story focusing on the relationships of three rival starship crews, all rivals in a chase. thirty years ago the chaos plague nearly wiped us out: now it's back and our only hope rests with a cure once lost, until now. three captains, three crews, one prize: place your bets, back your winner - the race to save humanity has begun.

You have subscribed to alerts for Jacob Larch.

You have been added to Jacob Larch's favorite list.

You can also sign-up to receive email notifications whenever Jacob Larch releases a new book.