James was born on the Wirral, England, in 1973 on a rainy Thursday. He shares his birthday with Bono, Sid Vicious and two even nastier pieces of work, John Wilkes Booth and Mark David Chapman.

His mother was a hairdresser with her own business and his father worked in a local refinery which pours filth into the sky over the Mersey to this day. They married young and James was their first child. He has two younger brothers and a still-expanding family in the area. As an Everton fan he suffered years of Liverpool success throughout the seventies and was thrilled when his father took a job in Singapore and the family moved lock, stock and two smoking barrels to Asia.

He spent five fine years growing up in the city state before returning to the rain, storms, comprehensive schools and desolate beauty of the Scottish east coast. Later years took he and his family to baking hot Muscat, in Oman, and a Syria that has since been bombed off the surface of the planet.

James studied journalism in London and later travelled through Ireland, France, Germany and India generally having a good time, before finally settling in Madrid, Spain, where he now lives with his wife and two young children.

James loves writing and reading - the former a compulsion, the latter a pleasure - as well as running, boxing, eating, drinking and trying to see, and enjoy, the good things in life.

Where to find James Hartley online 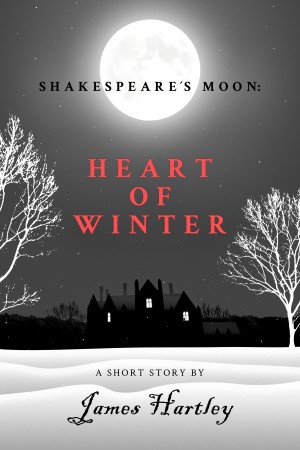 A creepy winter´s tale which forms a prelude to the upcoming novel The Invisible Hand, first in the Shakespeare´s Moon series of books. For lovers of the macabre, the gothic, the unexplained and the unexaplainable.

You have subscribed to alerts for James Hartley.

You have been added to James Hartley's favorite list.

You can also sign-up to receive email notifications whenever James Hartley releases a new book.