James McCreet was born in Sheffield (UK) in 1971. Since then, he has lived in Norwich, Maidstone, Brighton, Harrogate and Leeds, as well as a number of years abroad in Greece, China and Poland. He has worked as a teacher, a bookseller, an editor, a copywriter, a journalist and a holiday rep. He studied English and American Literature at the University of East Anglia, where his twin preoccupations were Shakespeare and the novels of Ian Fleming. An MA followed at Sussex University, and then a PhD that was cut short by lack of funding.

An enthusiastic writer since the age of about nine, James did not begin book-length writing until 2005. His debut, “The Incendiary’s Trail”, was begun in 2006 and written entirely in Harrogate. At that time, he was a copywriter for a stair lift manufacturer.

James is currently resident in Leeds, where he lives with his wife. He is working on the next book in the series begun with “The Incendiary’s Trail”.

Where to find James McCreet online 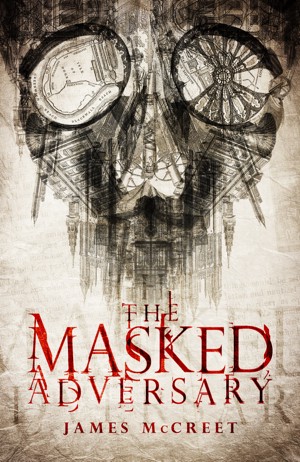 The Masked Adversary by James McCreet
Price: $8.99 USD. Words: 116,030. Language: English. Published: October 14, 2012. Categories: Fiction » Mystery & detective » Historical, Fiction » Mystery & detective » Traditional British
Nothing is quite as it seems in Victorian London. When two strangely horrific bodies are found, the Metrolpolitan Police Commissioner finds he must bend some rules to solve the crimes. Enter ex-detective George Williamson and ally Noah Dyson in a case that is unprecedented in gruesomeness and terror. In a city of a million faces, all men wear masks.

You have subscribed to alerts for James McCreet.

You have been added to James McCreet's favorite list.

You can also sign-up to receive email notifications whenever James McCreet releases a new book.