I am interested in how little attention is paid to the limitations of the language when it is used to make statements that are supposedly logical. The consequences of this are particularly evident in mathematics, where there are theories that are based on the philosophy that numbers and other mathematical concepts are ‘actual’ things that exist independently of any physical reality. Such beliefs are commonly held on an almost subliminal level; most people have never taken the time to carefully examine the basis and the consequences of such beliefs. It is because of such beliefs that detailed considerations of language are ignored - the ‘actual’ non-physical reality is considered all-important - with the result that a detailed evaluation of the possibility of errors due to limitations of language is generally considered unnecessary.

Unless every aspect of such statements is very carefully analyzed, a statement that superficially appears to be logical may actually contain subtle errors of logic. In my work, I show how such errors can occur and how we can avoid such errors by careful analysis of language. 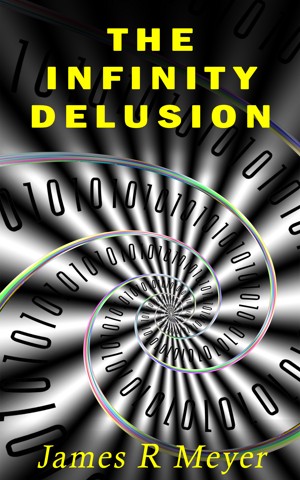 The Infinity Delusion by James R Meyer
Price: $1.99 USD. Words: 58,860. Language: American English. Published: March 3, 2014. Categories: Nonfiction » Science & Nature » Mathematics, Nonfiction » Science & Nature » Philosophy of Science
The book asks why people might believe that numbers ‘exist’, rather than simply being a concept of our minds? In particular, why should we believe that numbers that consist of the sum of an infinite number of other numbers added together exist? This book presents a convincing argument against the independent 'existence' of such concepts. 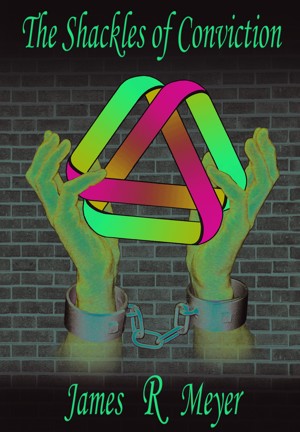 The Shackles of Conviction by James R Meyer
Price: $3.99 USD. Words: 106,120. Language: English. Published: November 15, 2010. Categories: Fiction » Literature » Literary, Fiction » Visionary & metaphysical
If you encountered something that you thought had to be wrong, what would you do? Would you try to prove that it was wrong? That’s what happens when Ralph McNeil encounters Kurt Gödel’s proof of Incompleteness. He sets out to prove it wrong. This is the story of how he tries to prove it wrong. It is also the story about the inner turmoil of the man who wrote the proof - Kurt Gödel.

You have subscribed to alerts for James R Meyer.

You have been added to James R Meyer's favorite list.

You can also sign-up to receive email notifications whenever James R Meyer releases a new book.