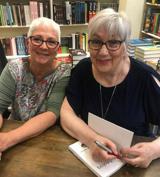 Jamie Tremain was ‘born’ in the summer of 2007. A collaborative effort brought about by two fledgling authors, Pam Blance and Liz Lindsay. Work colleagues who happened to share a love of reading and writing, and the natural next step was to try their hand at creating a story of their own.

Attending workshops and writing conferences, as well as blogging about their journey, have helped them along the way to hone their craft. Jamie Tremain has worked hard to be a visible presence in the writing community, where encouragement and support are golden.

We are thrilled to now have a Dorothy Dennehy Mystery Series trilogy. More to come!

Reading and writing is a passion for Pam. And in that order. She believes it’s a necessity to do a whole lot of reading to be able to write well. Growing up in Scotland, with a father who hammered away at an old manual typewriter producing poems and articles, she then picked up the bug. After immigrating to Canada in the sixties, Pam worked in many different industries. Raising three children and having a full time job only left her time to scribble, mainly for herself.

Liz has always loved reading. As a child the perfect gift was a book! Nancy Drew, The Hardy Boys, or Trixie Belden, please. So what could be better than writing them? Raising three children and working at different pursuits left little time to barely read, let alone write. But a chance conversation with a work colleague, Pam Blance, led to tentative writing steps. Jamie Tremain was born and is the pen name for their collaborative efforts. 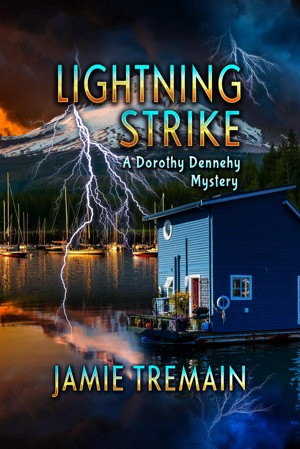 Lightning Strike by Jamie Tremain
Series: Dorothy Dennehy Mystery Series, Book 2. Price: $3.99 USD. Words: 61,380. Language: English. Published: December 6, 2022 by Jamie Tremain. Categories: Fiction » Mystery & detective » General
Dorothy and her new partner, Paul Webster, are about to embark on their first official business venture. A conference in New York City, attended by other private investigators. But a brutal murder derails those plans. She is thrown head first into the hardest case of her career. Despite unfounded police accusations against her character, and... 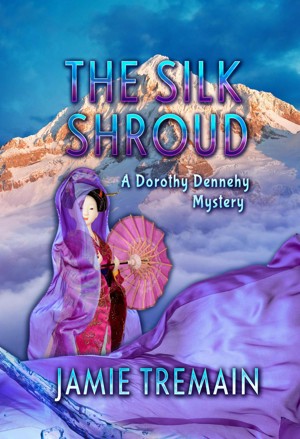 The Silk Shroud by Jamie Tremain
Series: Dorothy Dennehy Mystery Series, Book 1. Price: $3.99 USD. Words: 71,850. Language: English. Published: December 6, 2022 by Jamie Tremain. Categories: Fiction » Mystery & detective » Women Sleuths, Fiction » Mystery & detective » General
Geisha dolls, industrial espionage and a mysterious silken fabric. It's up to Private Eye Dorothy Dennehy and her team to pull all the pieces together when her newest client enlists her help. Paul Webster is a successful businessman in Portland, Oregon, and has no clue why he's been chosen to be the recipient of not one, but two, stunning Geisha... 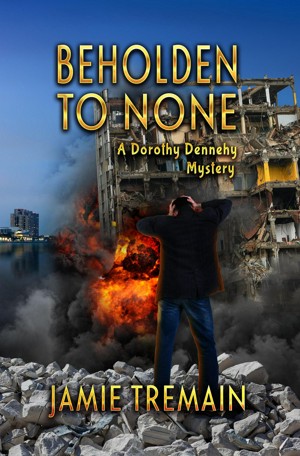 Beholden to None by Jamie Tremain
Series: Dorothy Dennehy Mystery Series, Book 3. Price: $3.99 USD. Words: 59,720. Language: English. Published: December 6, 2022 by Jamie Tremain. Categories: Fiction » Mystery & detective » General
P.I. Dorothy Dennehy takes on her first major case since the death of her fiancé, and partner, Paul Webster. The case takes her to Detroit, and involves on of her own team. There are life threatening implications for all. Corruption at City Hall and a prestigious law firm lead to murder. Can she save her top investigator from an unrepentant... 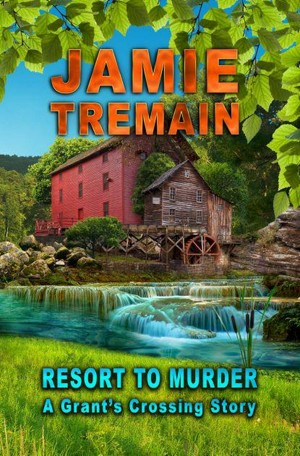 Resort to Murder by Jamie Tremain
Series: Grant's Crossing, Book 2. Price: $3.99 USD. Words: 54,230. Language: English. Published: December 6, 2022 by Jamie Tremain. Categories: Fiction » Mystery & detective » General, Fiction » Mystery & detective » Amateur sleuth
Alysha Grant has settled into her role at Leven Lodge and longs to pursue a career in real estate, but she is thwarted at every turn. The murder of a young man on the grounds of the new Rivermill Resort has her revisiting the previous year's criminal events, which nearly took her life. In addition, an unwanted romantic interest disturbs her. But... 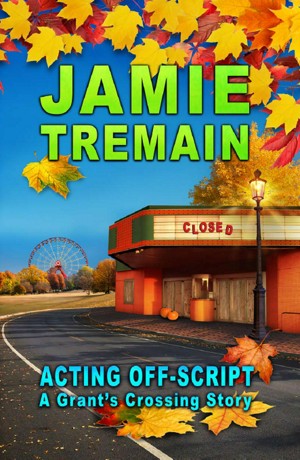 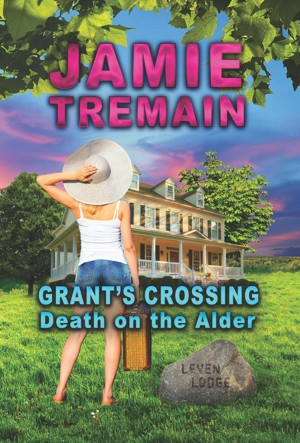 You have subscribed to Smashwords Alerts new release notifications for Jamie Tremain.

You have been added to Jamie Tremain's favorite list.

You can also sign-up to receive email notifications whenever Jamie Tremain releases a new book.