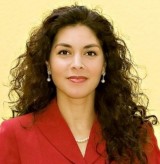 I'm a very private and somewhat timid person but make up for both traits by my tastes in reading matter (escapism) and harrowing reviews. Please, authors, don't take anything too seriously.

You have subscribed to Smashwords Alerts new release notifications for JaneofArch.

You can also sign-up to receive email notifications whenever JaneofArch releases a new book.