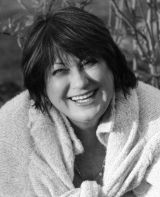 Originally from the former Soviet Union, Janna Yeshanova escaped to the United States when persecution became violent during the crumbling of the Soviet state. Arriving in the United States with her mother and daughter in tow, $126 in her pocket and knowing not a soul, Janna’s talent and experiences have helped her become a high end organizational training and development professional. Her exodus story is included in the book.

Founder and principal of Life-Spark, LLC, Janna is a dynamic and powerful life coach, premier trainer and motivational speaker. She leverages her passion and engaging style to help others to overcome adversity and spark the possibilities of their lives.

Love Is Never Past Tense... was published first in Russia and Ukraine in 2009, and is now available in English. It is a fascinating adventurous romance based on a true story.

What is a one line synopsis for Love Is Never Past Tense?
A hot summer romance leads to a hasty marriage, a quick divorce, and years of struggling to survive the fall of the Soviet Union until the lovers find each other again from opposite sides of the ocean.
How do you compare LOVE IS NEVER PAST TENSE to other romance novels?
I liked the comparison one reader offered in a review:

Love Is Never Past Tense is a true story written as a classic Russian Romance. It is part biography, part romantic adventure, and part behind-the-scenes look at how real people were impacted by the collapse of the Soviet Union. It is a real life second chance romance and a testimonial on how hope, focus and persistence overcome obstacles.

Like The Master and Margarita it has its origins in Soviet culture and connects to events in Soviet times, though these are later rather than earlier Soviet era. Both stories are heavily influenced by the bureaucracy of the government. Both books tell their story through several connected threads, which makes classifying them by genre a challenge.

Like In The Time of Cholera, it is a story of frustrated love that spans the adult life of the couple involved. Unlike it, this is not a love triangle story. Both are essentially second chance romances. Both books use the characters as a lens to examine their respective cultures.

Like Gone With The Wind we see a society collapse through the eyes of a generation growing up in privilege before tragedy struck, working to adapt and survive when the world changed around them. Both books rely on a strong female leading character.

Like Same Time Next Year it is an intimate love story which focuses on the primary couple. All other characters are given minor roles. Both stories stretch over decades.

Like The Notebook, this is a story which stretches over a lifetime. Both books start with the couple having a summer romance, and both couples are torn apart by interfering parents who disapprove of their child's selected partner.

Unlike any of them, it is a true story set in recent and current times. It shows the Soviet Union when generation of young adults lived happy, cultured, educated lives until the country collapsed around them. Even then, their goal was to find happiness somewhere else. This book gives voice to a group, a time, and a perspective not previously revealed in film or literature, a society living in comfort on the other side of the iron curtain that America hasn't heard about.

As a contemporary romance, this book will appeal to the broad range of women romance readers.
Read more of this interview.

Where to find Janna Yeshanova online

Love Is Never Past Tense by Janna Yeshanova 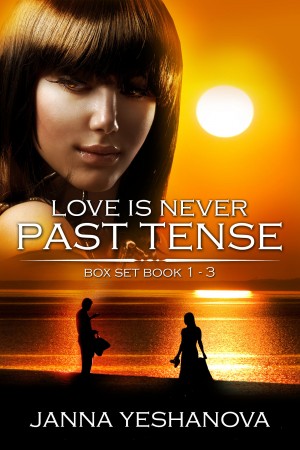 Love Is Never Past Tense... Box Set - Book 1-3 by Janna Yeshanova
Series: Love Is Never Past Tense. Price: $5.99 USD. Words: 95,900. Language: American English. Published: July 31, 2014. Categories: Fiction » Romance » Suspense, Fiction » Inspirational
An unexpected passionate romantic beach encounter leads to a hasty marriage, divorce, and the inevitable “if only…” The Soviet Union fades around them, sending their once comfortable lives into chaos. World changing events put their lives in peril, creating memories of what might have been and hopes for what might yet be... A modern epic Russian second-chance romance with unforgettable characters! 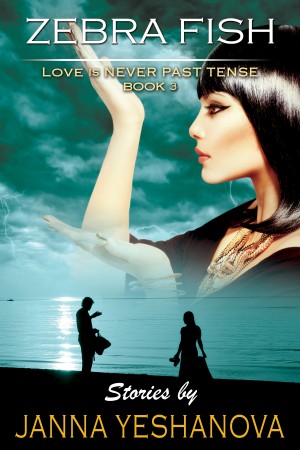 Newly reunited lovers Janna & Serge thought the world had given them another chance at happiness. After years of separation following a heartbreaking divorce & harrowing escape from post-cold-war Russia, they had reconnected through emails, & finally met again in person. From the desert sands to the Egyptian Sea these globe-trotting lovers discover life still has lessons to teach. 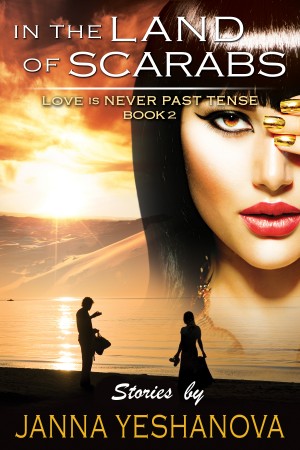 Newly reunited lovers Janna & Serge thought the world had given them another chance at happiness. After years of separation following a heartbreaking divorce & harrowing escape from post-cold-war Russia, they had reconnected through emails, & finally met again in person. From the beaches of North Carolina to the sands of Egypt, these globe-trotting lovers discover life still has lessons to teach.

You have subscribed to alerts for Janna Yeshanova.

You have been added to Janna Yeshanova's favorite list.

You can also sign-up to receive email notifications whenever Janna Yeshanova releases a new book.