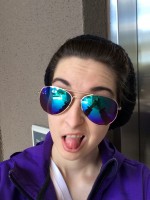 Jaqlin Hyde was in Northern Utah, June of 1995. She grew up with a creative mind and a vivid imagination. As Jaqlin grew up she dealt with a lot of her emotional issues through her writing, she has written many things to cope with depression, anger, and at times her suicidal thoughts. Writing has always calmed her and comforted her though out all the dark and sad things in her life.It has been her greatest joy and escape all these years. Her reason for writing now, after she has found a loving partner and living on her own, is to bring that joy to others and give them a way to escape their lives or problems if even only for a moment.

Do you remember the first story you ever wrote?
The first story that I ever wrote was a story that I titled "Jenny Rush," it was back when I was in Jr. High and was about a girl who was a secret agent and had to defeat a mob boss. It wasn't all that good and I would never show it to anyone now. It was still a fun story I think, for Jr. High kids at least.
What is your writing process?
My writing process mostly comes from dreams that I have or things I remember imagining up from when I was a kid. Basically I sit at my computer and in a way I talk to the characters of the story that I'm writing and my imagination just takes it from there. The only issue that I have is that sometimes my characters decide to change the story on me so I have to go back into my work and adjust it from there.
Read more of this interview.

Where to find Jaqlin Hyde online 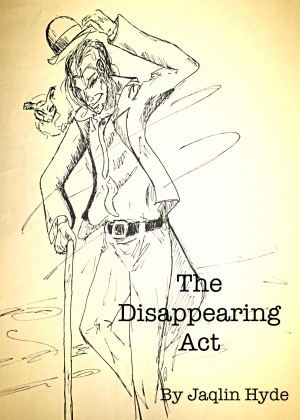 The Disappearing Act by Jaqlin Hyde
Price: $0.99 USD. Words: 2,980. Language: English. Published: September 27, 2016. Categories: Screenplays » Thriller, Screenplays » Short
As she is sneaking out to a party Erin finds herself in the hands of two eerie girls and a mysterious magician.

You have subscribed to alerts for Jaqlin Hyde.

You have been added to Jaqlin Hyde's favorite list.

You can also sign-up to receive email notifications whenever Jaqlin Hyde releases a new book.