Born an Air Force dependent, Rowan McBride traveled the world and totally missed the 80’s as most Americans know it. In exchange, xe’s gotten to walk in clogs, break an arm at Mt. Fuji, and say prayers at a Korean Buddhist temple. So far it seems like a fair trade. Although xe graduated from high school in Hawaii, xe didn’t learn to hula and make leis until going to college in Iowa. After leaving the Midwest, xe moved to Washington, DC and very nearly got xemself a Juris Doctor degree. Now xe’s chilling out in Texas, diabolically planning road trips that could span years.

People say xyr life is random, and that’s probably true. Rowan comforts xemself with the working theory that a random life makes for good stories. When that doesn’t work, there’s Pocky. Lots and lots of Pocky.

Where to find Rowan McBride online 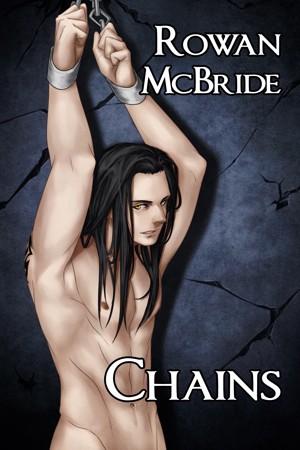 There are many dungeons within the castle, and Saiven--the seventh son of a vicious king--has seen them all. But one was special. One had always stood empty. Until now.

You have subscribed to alerts for Rowan McBride.

You have been added to Rowan McBride's favorite list.

You can also sign-up to receive email notifications whenever Rowan McBride releases a new book.