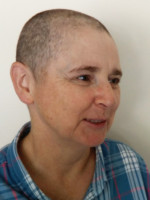 I was born in Dublin, Ireland, in the late nineteen-fifties. I emigrated to London in my twenties and worked there until the end of the twentieth century. Which sounds epic-like, but it was actually a matter of fifteen years or so. By that time, I had had it with cities and when I returned to Ireland with my partner, we found a lovely little home in County Mayo, in the rural west of the country.
When I say little, I mean it. Four rooms in total and that's counting the kitchenette and the bathroom! On the bright side, I can vacuum the entire house without having to change the socket.
Outside is a different story. We have two and a half acres of land. Granted it is extremely rocky, but the grass grows well and we have a large polytunnel where I grow vegetable and plants for sale.
Politically, I am a feminist, which for me means I want to see a world where people come before profit and where all human interaction is underpinned with respect for and appreciation of others. I believe that everybody is good a something and that when we all cooperate, we can be sublime. In recent years I have been involved in the fight for marriage equality in Ireland. Which we won.
When in London, I completed a couple of degrees which focused on Women's Studies, History and Philosophy. I remain very interested in those subjects but my main focus now is writing. I have written one book and co-authored two others. Currently, I am working on a sequel to The Jam Maker in addition to finishing my third collaboration.
.

Describe your desk
It isn't a desk. It is an old wooden rostrum from a local school They were selling off some of the old furniture and we went along. The piece in question stood only eight or nine inches off the floor. It was used to hold a seated teacher and her desk. It is made of planks of wood atop a rectangular frame. It measures about four and a half feet by three feet. When we got it home we added legs, big sturdy four by four wooden ones. Then we cleaned it up and coated it lovingly with linseed oil.
Now it is the table we use for our computers, and we eat at it too. Right now there are far too many bits and pieces on it for my liking. This miscellaneous bunch of stuff includes a couple of folders, some eyeglasses, two mugs and other items. But under all that are the old planks that stood in a classroom while several generations of local children sat at their desks and learned about the wider world they are now part of. In fact, when we turned it over on bringing it home, we found several messages, left, no doubt, by some mischievous youngsters who thought the scribbles would not be found for a very long time. I like to think they were right.
What's the story behind your latest book?
Well the story behind sitting down to write it is that I had wanted to for a long time but had no idea what type of book to write, finally, I just did it. Not much of a tale there, I grant you, but the book is a different story. It is a good long read, the type I am fond of myself.
The story starts simply, in a small village three days before a big festival. All of the villagers are engrossed in preparation for the event and everyone has a job to do, including the young Brownfeathers and their friend Twanda Millington. The youngsters quickly get sidetracked as they stumble into a mystery which grows in complexity as they come to realize the true nature of the threat.
In The Jam Maker, the girls are at the forefront of the fight to save the village. This was important to me. I was determined from the outset to have strong female characters, even when I didn't know what type of book I was going to write. The older women too are capable and vital characters. As a feminist, it couldn't be any other way for me. So, I suppose my feminism was a big part of the story behind the book.
Another important aspect was my respect for community and my belief that we are at our best when working together. I believe that everyone is good at something and when we get a chance to use all of our talents in a single cause, we can be sublime.
Read more of this interview. 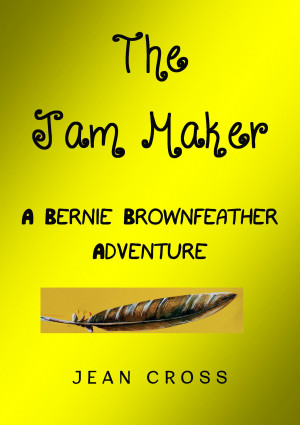 The Jam Maker by Jean Cross
Price: $6.32 USD. Words: 175,130. Language: British English. Published: August 21, 2017. Categories: Fiction » Adventure » General
The Jam Maker is a tale of adventure set in a quirky village where all is not as it seems. When their homes are overrun by an ancient enemy, teenagers Bernie and Joxey Brownfeather must rise to the challenge. But their task is not a straightforward one. When they learn of the true history of the village, they must decide what they are prepared to sacrifice in the struggle for victory.

You have subscribed to alerts for Jean Cross.

You have been added to Jean Cross's favorite list.

You can also sign-up to receive email notifications whenever Jean Cross releases a new book.