Jeremy Kroeker is a freelance writer, a speaker, and the award-winning author of “Motorcycle Therapy – A Canadian Adventure in Central America.”

With his motorcycle, Kroeker has traveled to over 30 countries while managing to do at least one outrageously stupid thing in every one. He has evaded police in Egypt, tasted teargas in Israel, scrambled through minefields in Bosnia and Lebanon, and wrangled a venomous snake in Austria. One time he got a sliver in El Salvador.

Kroeker was born in Steinbach, Manitoba in 1973, but he grew up in Saskatchewan. He spent most of his boyhood summers on a little dirt bike chasing gophers. As a young adult, he took a job as a long haul truck driver to fund a year of travel in Europe. There he attended a mountaineering school in Austria and volunteered at a Croatian refugee centre near the end of the Balkan War.

Returning to Canada, Kroeker worked at a wilderness camp in Alberta where he fell in love with ice climbing (an enterprise that has been described as “hours of suffering interspersed with moments of terror”). To earn entire work-free winters to climb, Kroeker laboured during the summers as a member of an initial attack wildfire rappel crew in northern Alberta.

Some time later, as a knee-jerk response to a failed relationship, he bought a used motorcycle and rode from the Canadian Rockies to the jungles of Panama. That trip provides the foundation for his book, “Motorcycle Therapy.” More recently, Kroeker completed another motorcycle trip, this one to the Middle East and North Africa. His book about that trip is slated for release in the Fall of 2013 by Rocky Mountain Books.

Since 1999, Kroeker has made his home in Canmore, Alberta, although he still travels extensively. He presents slideshows of his adventures in classrooms throughout southern Alberta and at motorcycle rallies across Western Canada. His writing has appeared in newspapers such as the Toronto Star, Winnipeg Free Press, Calgary Herald, and in American magazines such as Alpinist, and Outrider Journal.

Where to find Jeremy Kroeker online 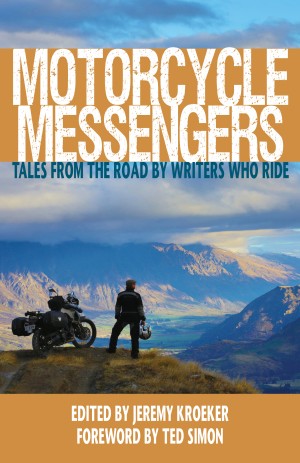 Motorcycle Messengers: Tales from the Road by Writers Who Ride by Jeremy Kroeker
Price: $9.99 USD. Words: 66,200. Language: English. Published: August 3, 2015. Categories: Nonfiction » Travel » Road travel
Motorcycle Messengers is a collection of travel stories from some of the leading writers in the genre ... plus a few people you've never heard of. Consider it a sample pack of authors. Read a story by the fire and discover your new favourite motorcycle travel writer. 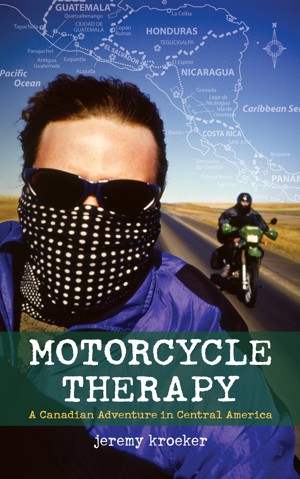 You have subscribed to alerts for Jeremy Kroeker.

You have been added to Jeremy Kroeker's favorite list.

You can also sign-up to receive email notifications whenever Jeremy Kroeker releases a new book.