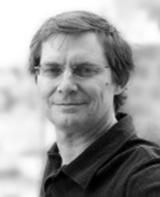 spOOk's art is owned by Jeremy Lee, a Canadian, currently living in Australia. Jeremy has been drawing and painting for as long as he can remember. Jeremy grew up in various parts of England including the picturesque Cotswolds. He picked up a camera before 10 years old, and distinctly remembers starting his first significant artwork at the age of six.

Fascinated by colour, Jeremy spent many long nights and evenings learning the physics. It seems easy at first to explain why something is 'red' or 'green' but the more you look into it, the harder it becomes. As it happens, the study of colour leads you deep into quantum physics. This created an interest in electronics and he built an electronic organ at age 14. Around the same age, he sold many picture-sculptures to friends and family. While still at school, he created glass engravings and distributed them as wedding presents and sold them. He worked for several years as an assistant at Winchcombe Pottery run by Ray Finch. At the end of his tenure, Ray offered Jeremy an apprenticeship. At a crossroads in life, with opportunities as a full time potter or to pursue the Olympics as a gymnast, Jeremy decided that a long term career would be best served pursuing his love of science.

Jeremy now has a degree in electronics and is a certified internet security professional. This is what pays the bills and looks after his dependents and a large pole house that he built by hand over the last sixteen years; but his wife, children then art craft, and working with wood and generally "making things" takes the most prominent place in his life.
While in his early teens, he was disqualified from a local art and craft competition for 'cheating'. This, being a mystery and great source of irritation caused his parents to try and find out why and it turns out that the judges truly believed that the work was pre-bought and not constructed by a young man. Jeremy considered this a lesson in life, but is yet to work out what it is. Certainly, "Don't try your best" comes to mind, but that will never happen. A closet perfectionist at heart, he has to work at balancing effort and result.

In 1988, a painting of Jeremy's on display at a local shop was stolen. On the one hand, he considers that something of a back-handed compliment but on the other wonders why the customer felt that it was worth stealing but not paying-for.

"spOOk", "IamSpOOk" and "ButIamSpook" are usernames that he has used for years on the internet. It's almost become a brand, except there are more "spOOks" out there than you would expect which is why IamSpOOk was born, quickly followed by "ButIamSpOOk" when that got pinched too. Currently, Jeremy specialises in graphite portraiture and has built an international reputation among graphite portrait artists but also uses acrylics and oils, having learned many skills with oil paint from an artist from Brisbane in the late 1980s. Jeremy also likes to take photographs. "Window Face" was accepted into a prestigious art festival in Manly. Now that his major project is nearing completion - that is, the house which itself is a work of art, he is, once again turning to drawing and painting. Jeremy is offering portrait commissions at a typical market price, but acknowledges that supply and demand may well cause a price increase. This, of course is good news for early buyers.

What are your favourite books of all time?
Gödel, Escher, Bach: An Eternal Golden Braid by Douglas R. Hofstadter.
This is an astounding piece of work. It cements almost countless deep concepts brought to humanity over many years of scientific and mathematic discovery by the worlds deepest and most revered thinkers. Although the book is a long challenging read, Mr. Hofstadter engages the reader in an intelligent and witty style that makes such a profound book a pleasure to read.

The Demon-Haunted World: Science as a Candle in the Dark by astrophysicist Carl Sagan was first published in 1995. I had to read this with a dictionary in the other hand, just to be sure that I fully grasped the eloquence of his communication. I have to say, this book must be the most compelling collection of arguments for sane thinking ever written. I particularly like his "BALONY detection kit" and quotes like “Science is not only compatible with spirituality; it is a profound source of spirituality.” Insights like that should be taught in schools.
How do you discover the ebooks you read?
I like to search Smashwords for reading material. Other than that, the Gutenberg project provides a lot of quality text. Some of the old writers had a wonderful style and used words that one no longer generally hears. The Internet provides me with a wide range of pdf-formatted research papers.
Read more of this interview.

Where to find Jeremy Lee online 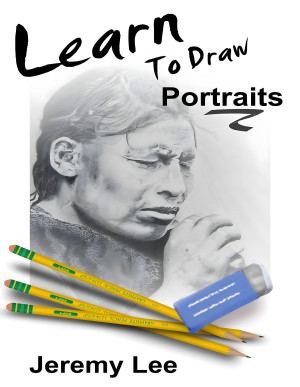 How to Draw Portraits is a unique collection of techniques, terminology, and examples for the beginner and advanced graphite artist. Over one hundred illustrations support carefully reviewed explanations of elemental technique. Simulate skin texture with circularism. Find out how to draw hair, and how to break down complex shapes into simple abstract components.

You have subscribed to Smashwords Alerts new release notifications for Jeremy Lee.

You have been added to Jeremy Lee's favorite list.

You can also sign-up to receive email notifications whenever Jeremy Lee releases a new book.