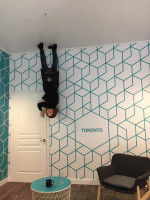 Jessica Marting writes sci-fi and paranormal romance. She lives in Toronto with her husband and far too many pets.

Where did you grow up, and how did this influence your writing?
I grew up in a working class neighborhood in Peterborough, a small city a couple of hours north of Toronto, but due to my mother's career in the late '90s-early '00s (church pastor) we bounced around Ontario for a couple of years. Peterborough felt very insular--taking a trip to Toronto was a huge deal, and the big city felt like a whole other planet. The difference is still stark after living in Toronto for the last fourteen years. I grew up knowing my neighbours by name, wandering around the nearby marina by myself, and riding my bike without a helmet. Totally different time and place.

I liked living in Peterborough most of the time, but I escaped a lot through reading. The library and a wonderful used bookstore weren't too far from my house, and I made regular trips to both. They were so much better than the bookstore at Peterborough Square: I could find stuff that was out of print either free or very cheap, and I didn't have a teacher or school librarian hovering over my shoulder, telling me what to read. My father died when I was ten, I did not handle that event with any measure of grace, and reading and creative writing were my ways of coping.

It's a story that's been told so many times, and my chapter isn't that much different. I dreamed of going to other places, and until I actually could travel, I got my fix by reading and writing about them instead.
When did you first start writing?
Almost as soon as I learned to read. I started off by telling outrageous stories/lies to my younger sister about my afternoons in kindergarten, and when I learned that I could write down those stories my whole outlook on life changed. I would've been around six or seven when I started writing down my stories, illustrated with Laurentian pencil crayons (remember those? the peacock blue was the best colour ever and the lead always fell out in every pack I had) and stapled together to make chapbooks. My grandmother taught me to type when I was nine, and that was as close to revolutionary as you can get at that age. I'd sit on my bedroom floor--no room for a desk--hunched over, typewriter in front of me as I wrote. That typewriter was a game-changer.

My typewriter died on me when I was twelve (I was a clumsy child and tripped over it, and it made this weird grinding noise and a couple of keys stopped working--who would've suspected?) and I was devastated. Then, I upgraded to a Commodore Amiga PC, gifted me to by the vice principal of my elementary school. It's been nearly twenty years since that happened, and it remains one of the nicest things anyone has ever done for me.
Read more of this interview.

Where to find Jessica Marting online

Zone Cyborgs by Jessica Marting
The Zone's government and military officially deny the existence of cyborgs. Naturally, that's all lies.

The Commons by Jessica Marting 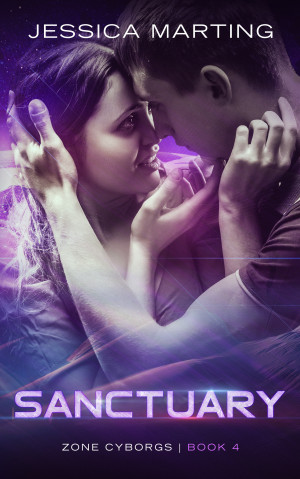 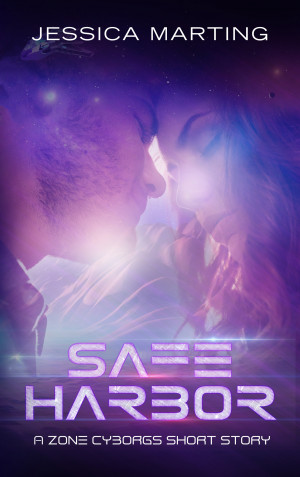 Safe Harbor: A Zone Cyborgs Short Story by Jessica Marting
Series: Zone Cyborgs. Price: Free! Words: 12,760. Language: English. Published: March 10, 2020. Categories: Fiction » Romance » Sci-fi, Fiction » Romance » Short stories
Cyborg Adam Johnston’s rescue and escape from Omega-Three-Omega didn’t come without devastating losses. Wanting to get his life back on track, he returns to his home world of Gamma-10 and his childhood sweetheart, Esme. But a surprise is in store for him: Gamma-10 has been destroyed in his absence, and Esme is living in its ruins, raising the daughter he didn’t know he had. 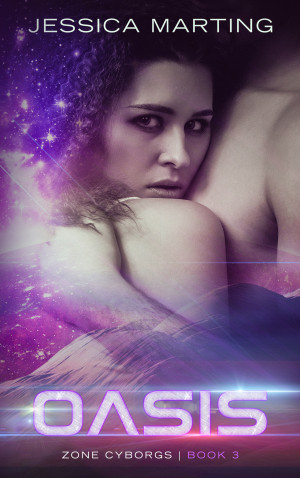 Oasis by Jessica Marting
Series: Zone Cyborgs. Price: $2.99 USD. Words: 40,370. Language: English. Published: February 4, 2020. Categories: Fiction » Romance » Sci-fi, Fiction » Science fiction » Space opera
To get her life back together, Valenna Merchant has to leave Echo-7. When the chance to escape to a remote military base on Omega-Three-Omega via a housekeeping job emerges, she takes it. But nothing on the base is as it seems, including the cyborg, Anders ... 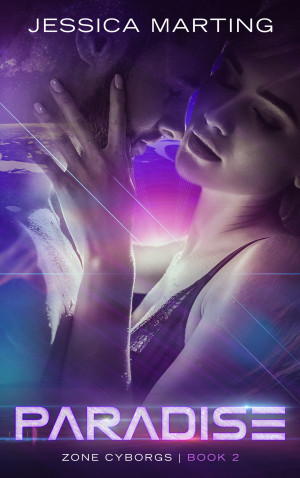 Paradise by Jessica Marting
Series: Zone Cyborgs. Price: $2.99 USD. Words: 42,270. Language: English. Published: January 7, 2020. Categories: Fiction » Romance » Sci-fi, Fiction » Science fiction » Space opera
Petty sabotage knocks Matthias’s freighter off-course to an uncharted moon, but before he can right his ship, a distress call lures him to its hidden compound and the beautiful woman trapped there. Confined to a luxurious prison for years, enhanced until she’s a machine in a human body, Serena is desperate to escape. But if she's going to die anyway, she may as well really live while she can. 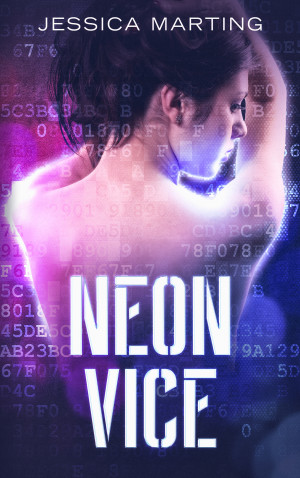 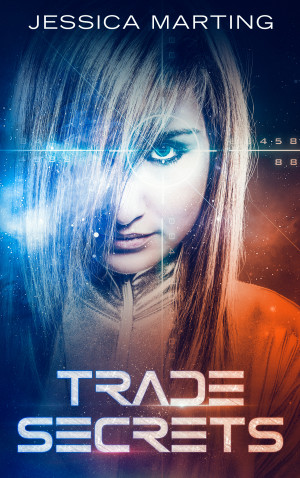 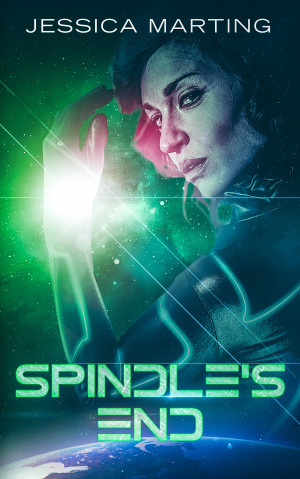 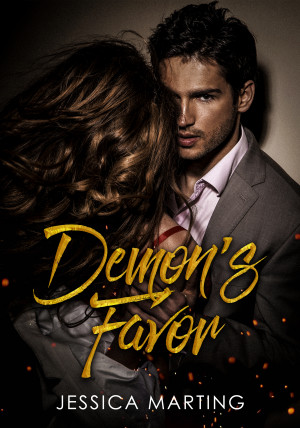 Demon's Favor by Jessica Marting
Price: $0.99 USD. Words: 13,890. Language: English. Published: December 15, 2018. Categories: Fiction » Romance » Paranormal, Fiction » Romance » Fantasy
Lauren knew the risks in summoning demons, but Tal seemed so charming and helpful that she didn’t see the harm in asking him to help save her bakery. All he asked in return was a single favor, granted whenever he wanted. Now Tal’s ready to collect. 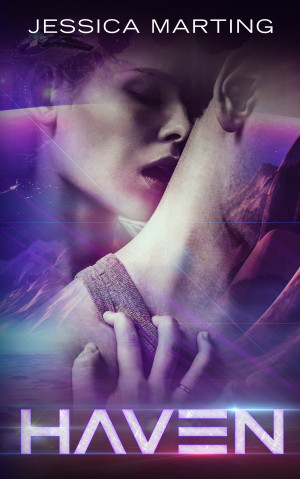 Haven by Jessica Marting
Series: Zone Cyborgs. Price: $2.99 USD. Words: 41,630. Language: English. Published: November 19, 2018. Categories: Fiction » Romance » Sci-fi, Fiction » Romance » Fantasy
One stupid decision leaves Cressida stranded on Haven, an uninhabited planet on the edge of nowhere. But it isn’t totally empty. And Lukas, the cyborg living there in secret, is fascinated with her and has no intention of letting her leave. 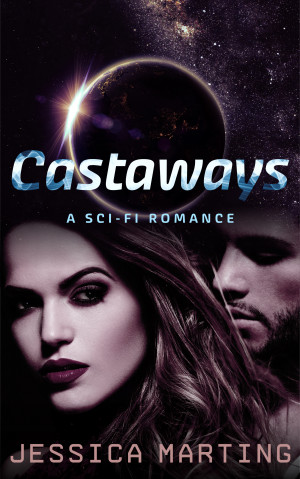 Castaways by Jessica Marting
Price: $0.99 USD. Words: 14,250. Language: English. Published: May 27, 2017. Categories: Fiction » Romance » Sci-fi, Fiction » Science fiction » Space opera
The destruction of the starship Vesper leaves Commander Dom Nakobi and Ensign Cosima Platt lost in space and without a way to get home. Finding a station in the middle of nowhere seems to be the answer to their prayers, until they discover it’s abandoned and directly in the path of an incoming ion storm. With so little time left to live, what's the harm finding a fun way to pass it? 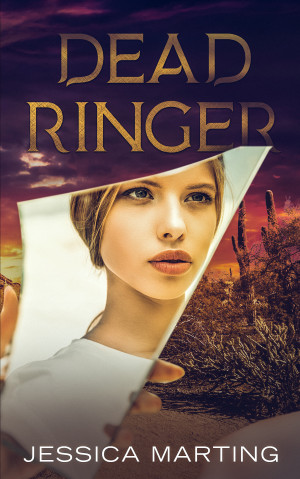 Dead Ringer by Jessica Marting
Price: $3.99 USD. Words: 43,750. Language: English. Published: September 23, 2014. Categories: Fiction » Romance » Sci-fi, Fiction » Science fiction » Utopias & dystopias
Broke and banished from his home city, Asher is stunned when the doppelganger of a notorious singer breaks into his home. Livvy's claim of escaping a secret underground compound a few miles away is barely believable, but he still agrees to help her. But someone wants Livvy back, and will stop at nothing to find her. 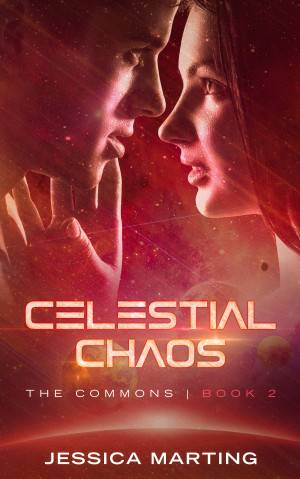 Celestial Chaos by Jessica Marting
Series: The Commons, Book 2. Price: $4.99 USD. Words: 76,370. Language: English. Published: August 11, 2013. Categories: Fiction » Romance » Time travel, Fiction » Romance » Sci-fi
When Lieutenant Honora Kharn is ordered back in time to thwart a plot by enemy agents, the last thing she expects to do is rescue someone, not to mention her military discharge for doing so. Andrew proves to be her personal and professional undoing. But when the opportunity to return to their homes comes up, neither are sure that's where they belong. 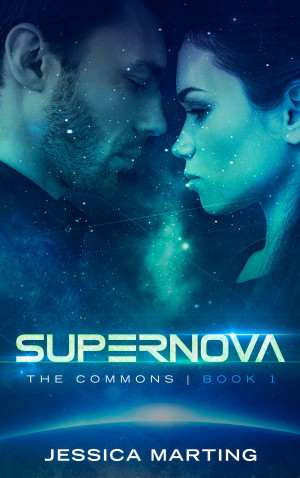 Supernova by Jessica Marting
Series: The Commons, Book 1. Price: $4.99 USD. Words: 76,070. Language: English. Published: September 18, 2012. Categories: Fiction » Romance » Sci-fi, Fiction » Romance » Time travel
All Lily wants is a fresh start. She gets it when she wakes up 850 years out of her time in the belly of the Defiant, a spaceship that's anything but. When she joins forces with the ship's no-nonsense captain, Rian, they have to fight their growing feelings for each other to uncover a threat to the civilized universe that neither thought possible.

You have subscribed to alerts for Jessica Marting.

You have been added to Jessica Marting's favorite list.

You can also sign-up to receive email notifications whenever Jessica Marting releases a new book.