I live in Morgan Utah with my husband, daughter, and dog, Kolo. I write as often as my active daughter will let me and my husband has the patience of a saint. I find inspiration from dreams, people I meet, and life experiences. When I write, I usually end up drinking one too many cans of Peace Tea, eating three too many Fruit by the Foot fruit snacks, and accidently kicking my pup and best buddy, Kolo, too many times since he loves to sleep under my desk at my feet.
I started writing as a teen, but my fear of the unknown won out every time and I threw everything out. After becoming a mother and deciding to stay at home to raise my beautiful little girl, I tried again when I couldn't stop thinking of ideas. I loved every minute, every hour of sleep lost, and every character that came to life in my mind.
It's strange, but my favorite moments are when I have writer's block because I can turn to my husband and find inspiration through him by just doing what we do best together. Talking, laughing, and just being in love. He doesn't like to read, but he never stops encouraging me to keep going.
Writing has become an important part of my life and every book has a special place in my heart.

Do you remember the first story you ever wrote?
Yes, it was a paranormal romance about a woman who moves to a new town and meets a stranger who is more than he appears to be... and I remember writing it late at night in secret so no one would see me. I was so scared that someone would read it and make fun of it so I deleted it off of the computer and never went back to it. I hand wrote some of it when I had started and still have the ideas written down. It's several ideas down the line for what I will work on next and I'm really excited to complete it.
What is your writing process?
When I come up with an idea, I write down the main points of the story, what I want to happen, the characters and their descriptions, and then I just sit down and start. I have started outlining more and it keeps the writing more organized, but I mostly just start typing as the story comes.
A lot of the time, I wake up in the middle of the night with an idea for a scene and have to immediately write it down. Then I'll put it together as I get to that point in the story.
For the Brannock series, each story line hit me all at once and now it's just a process to get in all the details.
Read more of this interview.

Where to find Jessica Wilde online

The Brannock Siblings by Jessica Wilde

Rise & Fall by Jessica Wilde
What defines us is how well we rise after we fall. 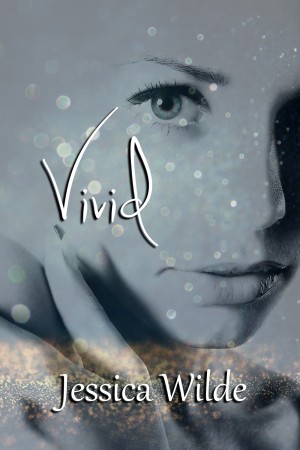 Vivid by Jessica Wilde
Price: $0.99 USD. Words: 96,250. Language: English. Published: October 11, 2015. Categories: Fiction » Romance » Contemporary, Fiction » Romance » Adult
Merrick went through a hell that no one could possibly imagine. Fighting to protect his country, he watched his friends die in front of him, felt indescribable pain, and lost his sight in the very same moment. Now, he spends his days and nights in a thick darkness no light can penetrate. Until Grace walks into his life and his broken eyes open to a woman that changes everything for him. 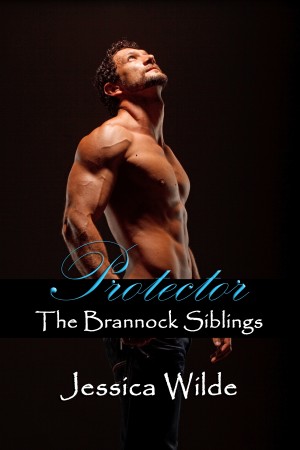 Protector (The Brannock Siblings, #4) by Jessica Wilde
Series: The Brannock Siblings, Book 4. Price: $0.99 USD. Words: 68,490. Language: English. Published: July 17, 2015. Categories: Fiction » Romance » Contemporary, Fiction » Romance » Adult
Isabelle Brannock was adored by her children in every possible way. Her ability to love reflects in each of them and to this day, they remember the never ending happiness she and their father, Liam, shared. Liam tells his children the story of how he met the love of his life and the struggles and sacrifices he and their mother endured to learn that love conquers all. 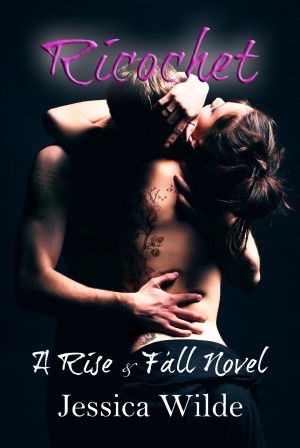 Ricochet by Jessica Wilde
Series: Rise & Fall. Price: $0.99 USD. Words: 98,880. Language: English. Published: February 23, 2015. Categories: Fiction » Romance » Suspense, Fiction » Romance » Adult
Fear. It's the last thing I remembered. I was afraid to fight, afraid to run, afraid to breathe. Then everything went dark. As if life was finally hearing my pleas, my cries to end the torment. My name is Arianna West. I'm stronger now. Alive. I can find a way to survive on my own. I can see what is coming for me. I can channel fear into strength. But I didn't see Jack and Jack changed everything. 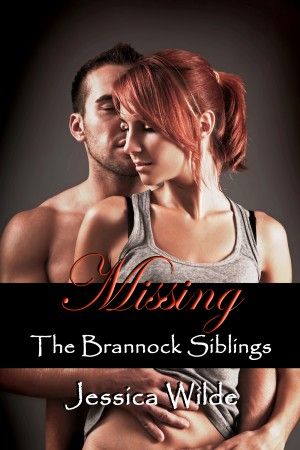 Missing (The Brannock Siblings, #3) by Jessica Wilde
Series: The Brannock Siblings, Book 3. Price: $0.99 USD. Words: 86,580. Language: English. Published: September 21, 2014. Categories: Fiction » Romance » Suspense, Fiction » Romance » Contemporary
Gus loves his growing family and high risk job and when an unexpected friendship with the fiery red head next door turns into something he can't live without, he'll do anything to keep it. Aiden never wanted to like the handsome jerk who puts his life on the line every day. Too bad he turned out to be the one thing that has been missing from her life. Is loving him worth the risk of losing him? 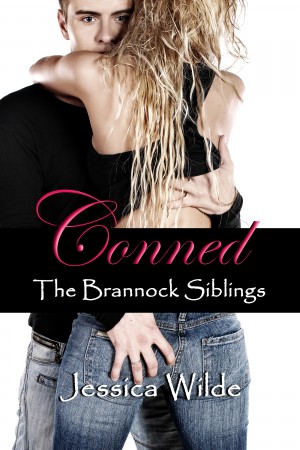 Conned (The Brannock Siblings, #2) by Jessica Wilde
Series: The Brannock Siblings, Book 2. Price: $0.99 USD. Words: 80,400. Language: English. Published: June 17, 2014. Categories: Fiction » Romance » Contemporary, Fiction » Romance » Suspense
Conall Brannock doesn't get attached or ask questions and he protects his family at all costs. Not even the sweet, green eyed witness that just burst into his life and shifted his world can change that. Emily Dawson wants her brother back, even if it means putting herself in harm's way to do it. She knows where her loyalties lie, but Conall and his crazy family are about to change everything. 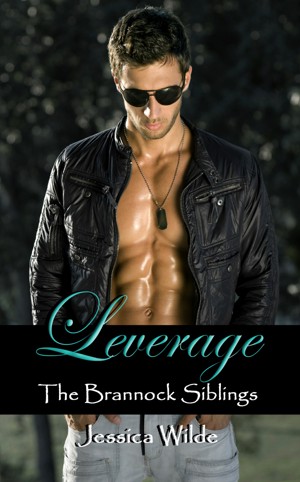 Leverage (The Brannock Siblings, #1) by Jessica Wilde
Series: The Brannock Siblings, Book 1. Price: $0.99 USD. Words: 75,710. Language: English. Published: March 24, 2014. Categories: Fiction » Romance » Contemporary, Fiction » Romance » Suspense
Ash Brannock's world couldn't get any more boring, but a trip back home turns it upside down. Suddenly she finds herself not only hiding, but relying on the one man who has the power to destroy her. Lucas Shade is close to shutting down the biggest case of his career, but a threat is closer and Ash is a prime target. Good thing he knows exactly what he would sacrifice to protect her. Everything. 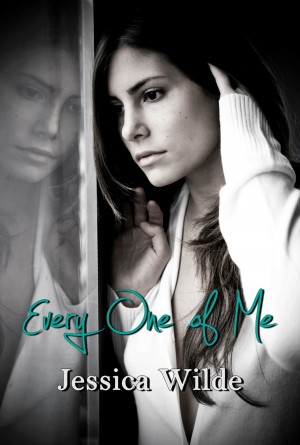 Every One of Me by Jessica Wilde
Price: $0.99 USD. Words: 99,610. Language: English. Published: February 2, 2014. Categories: Fiction » Romance » Contemporary, Fiction » Romance » General
Five years ago, Tessa turned her back on everything, even the man she loved. Diagnosed with Dissociative Identity Disorder, she's back to set her life straight. Charlie never really knew why she left, but he won't allow her to push him away again. Learning to live with the people around her and in her head isn't easy, but Tess has to learn to let go. Because Charlie won't let any one of her go. 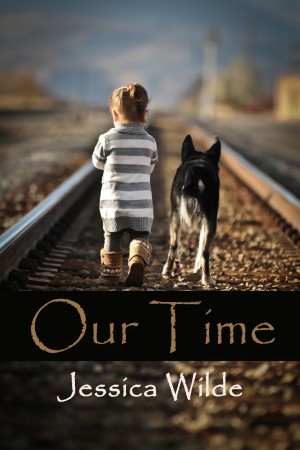 Our Time by Jessica Wilde
Price: $0.99 USD. Words: 78,100. Language: English. Published: December 1, 2013. Categories: Fiction » Romance » Contemporary, Fiction » Romance » Adult
Jocelyn is a single mother who wants to live her life making her daughter, Olivia, happy. She knows what is important in life and her battles in the past have made her strong. Her new neighbor, Andrew, unexpectedly becomes one of those important things. Andrew wants a life with Jocelyn and Olivia, but when their relationship finally deepens, he learns that the life he wants may not be long enough.

You have subscribed to alerts for Jessica Wilde.

You have been added to Jessica Wilde's favorite list.

You can also sign-up to receive email notifications whenever Jessica Wilde releases a new book.