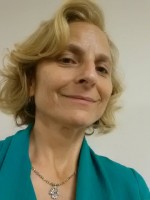 Jill Yesko’s 20+ year writing career has included stints as a reporter and contributing writer to publications from Fitness Swimmer to Escape magazine. Along the way, she’s written about everything from hiking the mud flats in northern Holland to body piercing. Following a solo trip around the world, Jill was profiled as an “adventurous traveler” in the Oprah Magazine. Before journalism, Jill was a national-class cyclist and graduate student in geography. A New Jersey native, Jill patrols Baltimore’s dog parks with her basset hound. “Murder in the Dog Park” is her first novel.

You’ve been told that you “don’t write like a girl.” What do you think that means?
That comment came up while I was reading early draft of the book to the men in the Hampden Writer’s Group, where at the time, I was the only woman. I guess it means I’m not afraid for my characters to act in non-stereotypical ways for their genders. But there are many female authors who do this. Suzanne Collins who wrote The Hunger Games series created a tough cookie character in Katniss Everdeen. I think women readers will identify with Jane Ronson. Jane is incredibly loyal to Lenny and mothers him in her own way. And what male writer would think to include details like Jane getting her period at the worst possible time?
Many of the characters in Murder in the Dog Park are eccentric. Did real people inspire them?
Baltimore itself is an eccentric character! All you need to find inspiration is hang around the Royal Farms store in the Hampden neighborhood or wait your turn at the Motor Vehicle Administration and you’ll get a warts and all sample of a Baltimorean. It speaks volumes that people from Baltimore regard this moniker as a term of endearment; it’s up there in the pantheon next to the ubiquitous “hon.” To be a true Baltimorean is to proudly wear your eccentricity on your sleeve. And thanks to John Waters and all of the characters in HBO’s “The Wire”, even non-Baltimoreans understand that Baltimore is city of misfits who can only thrive in Baltimore’s crazy ecosystem.
Read more of this interview.

Where to find Jill Yesko online 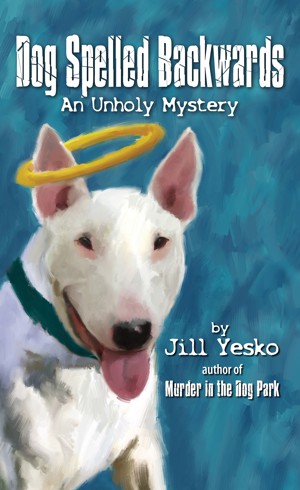 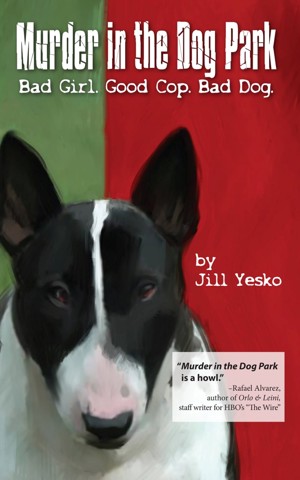 Murder in the Dog Park by Jill Yesko
Price: $2.99 USD. Words: 25,820. Language: English. Published: October 26, 2012. Categories: Fiction » Mystery & detective » Women Sleuths, Fiction » Mystery & detective » Hard-Boiled
Discovering a murdered boy in a rainy dog park sends private detective Jane Ronson on a journey through Baltimore’s gritty underbelly. Like Lisbeth Salander of The Girl With the Dragon Tattoo, tough chick Jane must use her computer hacking and street fighting skills to find the killer. She’s aided by a sexy cop, a badly behaved bull terrier and a cast of characters out of a John Waters movie.

You have subscribed to alerts for Jill Yesko.

You have been added to Jill Yesko's favorite list.

You can also sign-up to receive email notifications whenever Jill Yesko releases a new book.