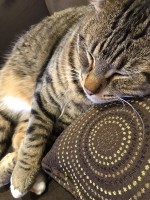 Jocelyn Adler is a mild-mannered librarian by day, and a mild-mannered author by night. She enjoys spicy books and spicy foods, and writing spicy fiction for her fellow sex-positive SJW's. She isn't actually a cat, but she lives with two of them, plus her weird and lovely family.

What's the story behind your latest book?
My latest book is "Bad Decisions," book two in my Smart, Sexy Nerds series, and it is about Tabitha, a busy law student who loves YA Fiction, and has a slightly scandalous past. She falls in love with Jason and Nate - two men who are already in a relationship with each other.

You may have seen Jason and Tabitha in my first novel, "Bad Penny." After finishing "Penny," I knew that I wanted to write a trilogy, and that Damian's book would be the last. Out of all the other supporting characters, I liked Jason the most, he seemed like he would be interesting to write about. Of all the female characters, Tabitha jumped off the page for me, she was vibrant from the moment I imagined her. Nate I made up out of whole cloth.

Well, that's not entirely true. Nate is the embodiment of a lot of things I miss about my home state of New Mexico. Although I love the Bay Area, I miss the steady influence of Native culture in New Mexico (Nate is Navajo). I miss the strong presence of the arts, and the activism that's obvious in New Mexico's citizens and its history. It's strange, because I read so much, and I rarely run across a modern-day Native American character. I wrote Nate because he's a character I'd like to read.
What is the greatest joy of writing for you?
I love it when I'm editing and I can see the scene in my head going from a jumbled pile of letters to something that will actually evoke a thought, a feeling, or a desire in my reader.

Writing is a form of telepathy, and if I do it well, it should carry a concept straight from my mind into yours. If that isn't magic, I don't know what is!
Read more of this interview.

Where to find Jocelyn Adler online 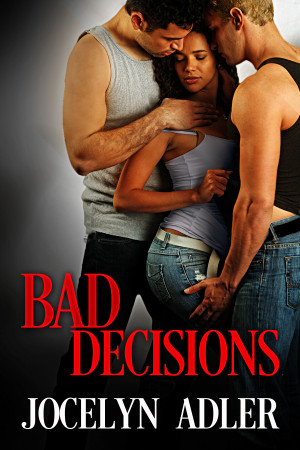 Bad Decisions by Jocelyn Adler
Series: Smart Sexy Nerds. Price: $3.99 $2.00 USD. (50% off until July 31!) Words: 126,860. Language: English. Published: October 17, 2017. Categories: Fiction » Romance » Contemporary
Tabitha Wells is spinning her wheels - stuck between her past as a stripper and her future as a lawyer. Between bills and more bills. She doesn't have time for dating - let alone for dating a couple! Jason and Nate are serious about each other... they couldn't be serious about her, too? Not seriously serious... right? 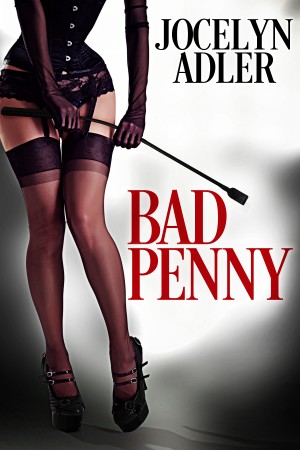 You have subscribed to alerts for Jocelyn Adler.

You have been added to Jocelyn Adler's favorite list.

You can also sign-up to receive email notifications whenever Jocelyn Adler releases a new book.