I am a media entrepreneur in movies and video and creator of Internet TV. (johnbentley.biz) . I am semi retired and live in the Algarve in Portugal. My interests are reading, writing, history, politics, philosophy, and information technology and The Shakespeare debate..

What's the story behind your latest book?
My book is based on information decoded from the distant past of the life of the forgotten Tudor genius Francis Bacon, a bastard son of a great queen who deliberately concealed his identity as an author in the name of Shakespeare and his role in Freemasonry. It is an almost incredible story of life and death conspiracies from the ancient past which amazingly connect directly to today's pop culture, power politics, and who controls the world today.The story is told as a mystery thriller through the eyes of a modern day woman seeking the truth of life for herself, her dead husband and the children she fosters. The book is an epic story of mankind covering many genres from the astral to the metaphysical and philosophical and paranormal, and the religious and romantic, through the cultural transitions of the Egyptians, the Jews, the Romans, the Templars, the Tudor Renaissance and the founders of Americ to today.
What motivated you to become an indie author?
From my student days have always been interested in history and its mysteries and the role of humanity in the universe. Like most of us I needed to work before I could find time to write, and have spent most of my time in the media world in which I realized communication was vital for understanding and how it can be manipulated to fool people politically and religiously.
The Royal Secret is part fact and part fiction and is my first book written as a novel to try and get my thoughts shared by readers who have similar conceptions or perhaps reveal new concepts of a world unknown in a universe of which we are all one.
I chose the life of a forgotten genius with whom I share an affinity to tell my story as it is his more than its is mine.
Read more of this interview.

Where to find John Bentley online 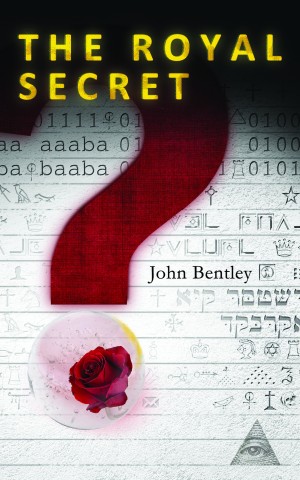 You have subscribed to alerts for John Bentley.

You have been added to John Bentley's favorite list.

You can also sign-up to receive email notifications whenever John Bentley releases a new book.