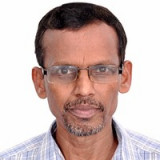 Do you remember the first story you ever read, and the impact it had on you?
Yes, I do. When I was a boy, studying in eighth grade, I remembered a novel, Pirantha Mann, a Tamil Social Novel by Parthasarathy. In a nutshell, the story related to how a young man went to Bombay city and lived a tangled life, and finally, he returned to his own village in Tamil Nadu and settled for his traditional farm life. He concluded that this is life indeed! Though I didn't understand the reality of this novel at that age, presently, after living many years in the cities, I too feel to return to the farming life my forefathers enjoyed!
Where did you grow up, and how did this influence your writing?
I grew up in Tamil Nadu, South India in a village setting. While I was in high school, I had an encounter with Jesus Christ; though it was not in a dramatic way, but through the simple answer to my prayers in which I was healed dramatically overnight from a migraine! I found a prayer-answering God which made all the difference in my life. It slowly took away from me the fear of men which ensnares people. I found that there are only two major players in the world - a supreme God who is the Maker of all things (Jeremiah 51:19) who said about Him I am the way, the truth, and the life. Another player - the devil, who is the Father of lies and a thief who comes only to steal, kill and destroy (John 10:10). Accordingly, one man with God is a majority in the world, so a person who really knows God can route out the multitude or handful of evil men who come against him! So, I derive all my influence from the infallible Word of God, i.e., The Holy Bible. You can't separate the Word of God and Jesus Christ because the Bible says, His name is called The Word of God (Revelation 19:13). Jesus also has been depicted as a warrior who fights against His enemies: "Now out of His mouth goes a sharp sword, that with it he should strike the nations ... And He has on His robe and His thigh a name written: KING OF KINGS AND LORD Of LORDS." (Revelation 19:15-16) So, I derive my inspiration from the living Word of God.
Read more of this interview.

Where to find Johns Cyrus online 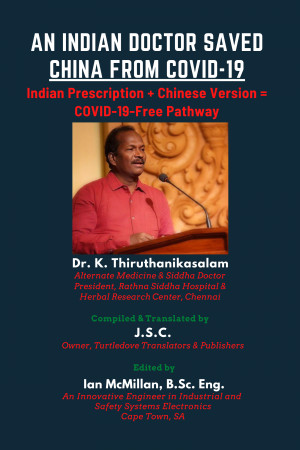 You have subscribed to alerts for Johns Cyrus.

You have been added to Johns Cyrus's favorite list.

You can also sign-up to receive email notifications whenever Johns Cyrus releases a new book.