Since Michelle’s divine encounter and miraculous rescue, she and her mother have not returned to Boracay Island. Upon arriving in Manila, they were inundated with interview requests from newspapers, magazines, and television networks. Within a short time the media had dubbed her “Aussie Mermaid.”


Following a special ceremony honouring the crew of the F/V Alyss Star, Michelle and Rachelle returned to Australia where they were reunited with Rachelle’s two younger daughters, Angeline and Natalie. During the following eighteen months, Michelle and Rachelle wrote this account of their ordeal giving testimony to God’s grace and power. They currently reside in the Brisbane, Australia.

Michelle was then requested to embark upon telling her remarkable experience to a wide variety of mediums. From schools, churches, radio stations, magazines, to being a guest speaker at many varying events. Michelle and Rachelle were interviewed on Good morning Australia, and the Midday Show. They appeared in an exclusive magazine story with the Woman’s Day magazine.

During the following 18 months, together they wrote the book of their ordeal, giving testimony to God’s grace and power. They flew to America where they secured a publisher who first printed the book in hard cover format. Michelle and Rachelle have now produced ‘Saved At Sea’ in a soft cover format and e book.

During the 6 months in America in 1991, Michelle and Rachelle shared the testimony on 100 radio and 12 television stations, sharing the message of having 100% Faith! in God, in the midst of a storm.

While there, they agreed to having Readers Digest take an excerpt from the book and publish it internationally in their book section in 1992. The story entitled ‘Swept to Sea’ appeared in the Readers Digest, in 27 countries, in 18 languages. This has been a powerful witness of God’s saving grace and miraculous power.

Out in the ocean, Michelle made a promise to serve God and faithfully bring this message to the nations. Michelle and Rachelle share the gospel around the world about the God that rescues us; not just from the ocean, but from the storms of life and the hungry human sharks that surround us. Reminding people that “Greater is Jesus in us, than he that is in the world.”

Michelle and Rachelle reside in the Brisbane, Australia, but spend much of their time travelling the world, sharing the message of having 100% Faith! In GOD.

Michelle is married and has 2 adult children Asher and Grace.

Rachelle was born in New Zealand to Jewish parents of Russian descent, and now makes her home in Australia. After accepting Yahshua as her Messiah in 1988 she had the desire to establish ‘Messiah Ministries’ in 1995, with a vision of building bridges of reconciliation between the Jewish people and the Church. Through her work in Messiah Ministries she has taught with new insight of the restoration of God’s people where relationships have now developed into a greater understanding of God’s plan for all His children, both Jew and Gentile.

She felt a great call on her life to share Messiah with the Israelites; those directly affected by decades of war, terrorism and isolation. Therefore, Rachelle spent two years in United States and in Israel where she assisted the victims of terrorism.

After a dramatic experience in the Philippines concerning her daughter Michelle, who was lost out in the ocean for three days, Rachelle with her daughter Michelle wrote an account of the amazing salvation of the Lord. This book originally titled A MIGHTY TEMPEST then was changed to ‘SAVED AT SEA’ has been published and distributed in many countries. This incredible autobiography of having of 100% faith in the midst of a storm was released in the USA by Tyndall Publishing. It also featured in Readers Digest book section, which was translated into ten different languages.

Rachelle has also ministered God’s eternal truth in Africa, where the people hungered for the last day’s revelation of the knowledge of the living God. She has been invited to speak at congregations throughout Australia, Asia and New Zealand and just recently returned from four months of international speaking engagements bringing forth prophetic revelations from a Hebrew prospective. Whilst living in Melbourne, Rachelle attended a conference held for the Prime Minister of Israel, Benjamin Netanyahu. The Prime Minister challenged the people of Melbourne, Australia to speak the truth about Israel’s eternal inheritance of their homeland and dispel the lies and deceptions that flooded the media. This powerful speech inspired Rachelle to write the booklet entitled, ‘ISRAEL GOD’S WITNESS.’ This booklet gives an in depth Biblical and historical account of the everlasting Covenant that God has made with His ancient people.

In 1998, Covenant People Publishing was created to produce her latest book ‘THE SOURCE’ Abraham’s Covenant People. This is a Biblical study manual for the teaching of the Church about the Hebraic roots of their faith. This has been acknowledged as a valuable resource for anyone searching for the true path on the highway to holiness. Rachelle has recently completed a series of booklets to reveal the truth to her Jewish family worldwide; these booklets exhort the written word of God and through the Scriptures she explains convincingly who the Jewish Messiah is! These four books are called ‘Hear ‘O’ Israel – Prophetic Epistles to the Jews’. Rachelle is now dedicated and focused on promoting the truth of the one new man to both Jews and Christians to prepare the way for the coming of the Messiah and restore biblical truth to all God’s people. She was recently recognized by her peers for her tireless dedication and commitment and was recently ordained as a credible teacher of God’s Word for today.

Where to find Michelle Hamilton-Cohen online

SAVED AT SEA
For 3 terrifying days, Michelle Hamilton clung helplessly to her 7 foot capsized canoe in the South China Sea. Menaced by hungry sharks, enduring tropical storms and with no food or water Michelle hovered near death....Michelle amazing encounter with angels during these 3 days is a testimony that will not only thrill, but challenge you to have 100% Faith! in the midst of your own storm.

SAVED AT SEA - MOTHER'S TESTIMONY
I am a Messianic Jewess who discovered Yahshua was the Messiah only 3 months before my daughter got lost at sea. For 3 terrifying days,my daughter Michelle Hamilton clung helplessly to her 7 foot capsized canoe in the South China Sea. Menaced by hungry sharks, enduring tropical storms and with no food or water Michelle hovered near death.....How faith saved us both physically and spiritually

SAVED AT SEA PUBLICITY TRAILER
For 3 terrifying days, Michelle Hamilton clung helplessly to her 7 foot capsized canoe in the South China Sea. Menaced by hungry sharks, enduring tropical storms and with no food or water Michelle hovered near death..... Michelle amazing encounter with angels during these 3 days is a testimony that will not only thrill, but challenge you to have 100% Faith! in the midst of your own storm. 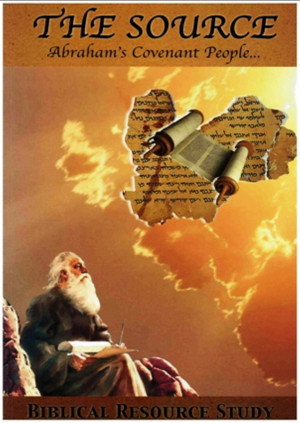 THE SOURCE - Biblical Study Manual by Michelle Hamilton-Cohen
Price: $0.99 USD. Words: 100,080. Language: English. Published: October 17, 2017. Categories: Nonfiction » Religion & Spirituality » Messianic Judaism
The Source - Abraham’s Covenant People” is foremost a Biblical resource manual and reference study manuscript - providing teaching and good seed for the sower. It has been written as a revelation to the Jews, by revealing the Messiah to them; and for believers within the body of the Church, to acknowledge the relevance of being grafted into the natural olive tree and commonwealth of Israel. 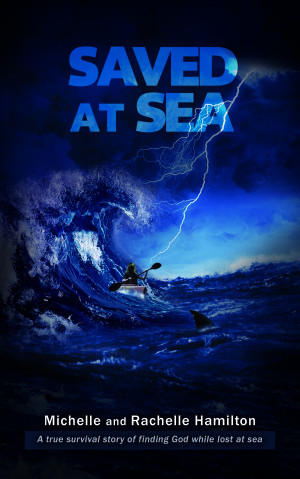 Saved At Sea: A true story of finding God while lost at sea by Michelle Hamilton-Cohen
Price: $0.99 USD. Words: 75,260. Language: English. Published: October 16, 2017. Categories: Nonfiction » Religion & Spirituality » Christian Life / Inspirational
For 3 terrifying days Michelle Hamilton, clung helplessly to her small capsized canoe in the South China Sea. Menaced by hungry sharks, enduring tropical storms and with no food or water, Michelle hovered near death. For Michelle the miracle is not so much that she survived, but how she survived! At critical moments, she heard an audible voice telling her exactly what to do to survive.

You have subscribed to alerts for Michelle Hamilton-Cohen.

You have been added to Michelle Hamilton-Cohen's favorite list.

You can also sign-up to receive email notifications whenever Michelle Hamilton-Cohen releases a new book.