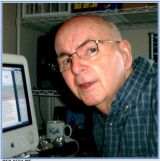 Joseph E. Wright was born and educated in New England. He grew up addicted to the British cozies of Christie and Sayres and the American counterparts of Queen and Stout. He was a fan of the films noir of Hammett and Chandler.

His first published novel, MEMORANDUM OF A MURDER (Manor Books) confirmed his determination to become a writer. A short story of his appeared in Ellery Queen Mystery Magazine.
While trying to write, Joe earned his living as editor for a couple of monthly magazines. In one period of his life, he lived in a gloomy, rambling, nineteenth century rectory in downtown Philadelphia. The dark paneled walls, the wide staircase, the sounds in the night, the people who warndered in and out, inspired his TALES FROM THE WRECKTORY.

Joe has published a trilogy of cozies recounting the amateur sleuthing of Pat Montgomary and Phillis Toner. The first book, THE BODIES OUT BACK, starts this pair off on their new career as detectives when they discover the body of Pat’s next-door neighbor. In their second, they rush off to the seashore when they get a call for help from one of Pat’s early school teachers, hoping to prevent a crime in MURDER IN MARIS COVE. When an elderly cleric tell them of the strange happenings in the middle of the night in an old rectory in downtown Philadelphia, they are faced with catching someone who commits murder in a church in AISLE OF THE DEAD.

His most recent novel, GERALDINE HOUGH'S VERY FIRST MURDER, introduces a middle-aged female sleuth who readily admits she is a hopeless snoop and has finally gotten her p.i. license. Gerry is not above stretching the truth when the end she has in mind requires it. 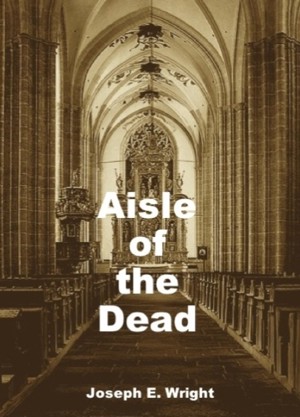 An elderly clergyman tells Pat and Phillis of the strange happenings in the middle of the night in the old rectory. "I was at my wit's end," he told them. "I wasn't sure if I was having a nervous breakdown or becoming senile. Then, the noises. I can still hear those dreadful noises in the dead of night." Intrigued, they rush off to Philadelphia. They're too late. Murder gets there before them. 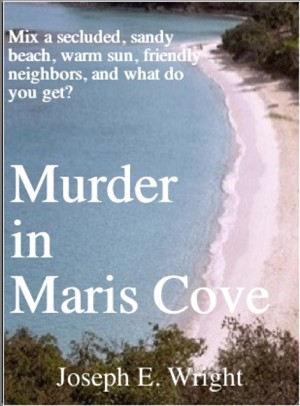 A cluster of seashore houses, a few (sometimes) friendly neighbors, a sandy beach, warm days. Mix them all together and what do you get? Murder, naturally. Next time you go sunbathing, it might not be wise to bring this book with you or if you do, look behind you. For all you know, a killer might be lurking. This is the second book in a series starring Pat and Phillis, amateur detectives. The fir 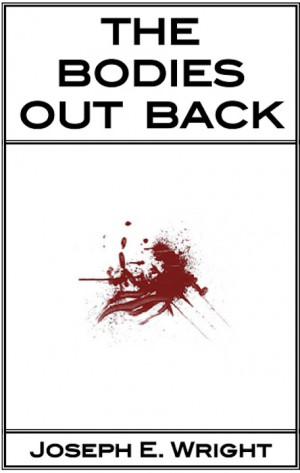 A posh home in Philadelphia's Society Hill. A balcony for sunbathing. What's wrong with this picture? Nothing, unless you look over the railing. Your neighbor is looking up, only she doesn't see you. She's dead. If the cozy whodunit with family intrigue, blackmail, a couple of bodies, is your cup of tea, you'll want to join Pat Montgomary and Phillis Toner solve the mystery of THE BODIES OUT BACK.

You have subscribed to alerts for Joseph E. Wright.

You have been added to Joseph E. Wright's favorite list.

You can also sign-up to receive email notifications whenever Joseph E. Wright releases a new book.