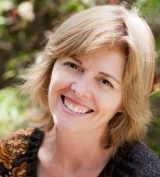 I am a personal growth teacher, spiritual counselor, and artist. I write for a number of leading Mind-Body-Spirit magazines, including Tiny Buddha, Mind-Body-Green and All-Things-Healing. Happily married and a yoga enthusiast, I have lived in Italy, India, the U.S. and the Ukraine and I currently call the Bahamas home.

While professionally trained as an art teacher, my deeper purpose began revealing itself following a radical awakening and shift of consciousness in 1989. Completely life-changing, this pivotal event is detailed in 'An Awakened Life- A Journey of Transformation.'

Having gone through a radical shift, I am able to see where a client is stuck and what can be done to dissolve old patterns. Through one-on-one counseling, life purpose readings and online courses, I support people to transform self-limiting beliefs, access innate gifts, skills and talents and re-orient their lives.

Specializing in working with people in healing, intuitive and creative fields, I help clients take their business or personal goals to the next level. I also love connecting with new clients who are ready to unearth their gifts and discover what their life purpose is.

When did you first start writing?
I started unexpectedly in 2007. At the time I was on a train heading from London to Nottingham in the UK and I had nothing to read. Then I remembered having picked up a free magazine in a Mind-Body-Spirit store, which I had stuffed into one of my bags. I pulled it out and saw the magazine was called, 'Connections'. I settled in and began reading an article written by Barbara Brennen, an American healer. In the article, Barbara detailed the importance of owning one's creative energy and utilizing it purposefully. Something inside me clicked. I heard an inner voice say, "You can do this. You can write articles and essays that inspire people." There was such urgency in the message I did not think twice. I had nothing to write on, so I borrowed a pencil, opened up a paper napkin and began drafting my first article. After tweaking and editing, I sent the article to the editor of Connections. A short while later, the editor wrote back saying he wanted to use the article. Now I write for a dozen or more magazines. I have also written two e-books and created several online courses.
What motivated you to become an indie author?
Once I started writing, several friends suggested self publishing would be the fastest and easiest way to go. Smashwords was recommended several times. What I liked most about Smashwords was the level of support indie authors received, so from that point on it was an easy decision.
Read more of this interview.

Where to find Julie Hoyle online 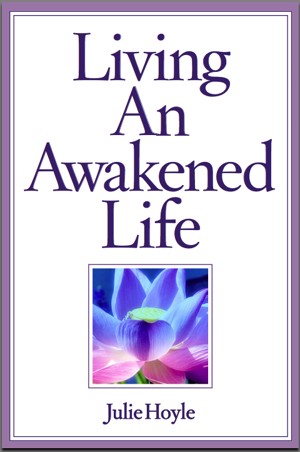 Living An Awakened Life by Julie Hoyle
Price: $4.99 USD. Words: 16,670. Language: English. Published: April 5, 2011. Categories: Nonfiction » Inspiration » Spiritual inspiration
In, 'Living An Awakened Life,' Julie Hoyle shares inspiring anecdotes from her life-changing spiritual journey. She also includes simple, yet powerful self-inquiry exercises designed specifically for the reader to access his or her own intuitive wisdom. A 'must have,' this book is an incredible guide for anyone who is committed to living a life aligned with the heart and aligned with purpose. 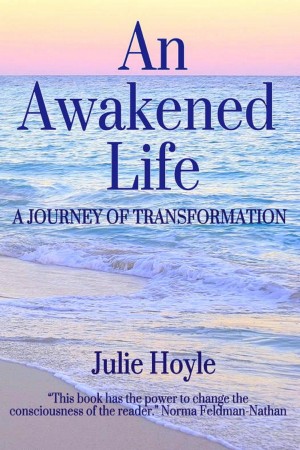 After being tapped on the head by a Yogi-Shaman in a dream, Julie Hoyle's world turned upside down. She later discovered the Yogi was revered in India and was known for giving spiritual initiation. To understand the far-reaching effects of this Yogi's touch, Julie embarked on a journey of self-discovery, leading her to India, the Ukraine and back again to a hurricane torn island in the Bahamas.

You have subscribed to alerts for Julie Hoyle.

You have been added to Julie Hoyle's favorite list.

You can also sign-up to receive email notifications whenever Julie Hoyle releases a new book.