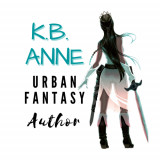 She writes the best-selling urban fantasy series, The Goddess Chronicles and The Silver Fae Series. She adores Celtic Mythology and Eastern Band of Cherokee legends, so all her books include heavy doses. She also has a thing for wolf shapeshifters, so you’ll find lots of drool worthy ones in her books.

She lives in Northeast PA with 3 goblins, a task master, and a hell hound overlord. To find out more about here visit KBAnne.com

The Goddess Chronicles and Silver Fae Series are ready for your consumption. Warning: May cause book hangovers.
Visit her website for more information or to contact her at kbanne.com.

Where to find KB Anne online 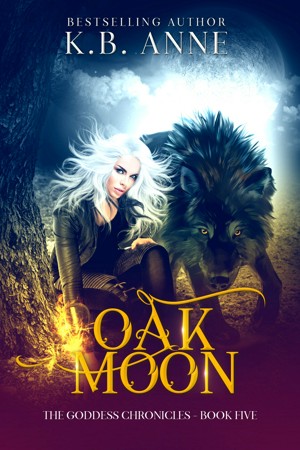 Oak Moon, The Goddess Chronicles Book Five by KB Anne
Price: $3.99 USD. Words: 53,990. Language: English. Published: October 23, 2020. Categories: Fiction » Fantasy » Urban, Fiction » Fantasy » Paranormal
Try a kick in the butt and if that doesn’t work, a shove between the shoulder blades. It’s not that I wanted to remain training with Gallean in the Shadow Realm—I’d sell my mortality for a chance to find Alaric—Caer just gave me the push I needed. 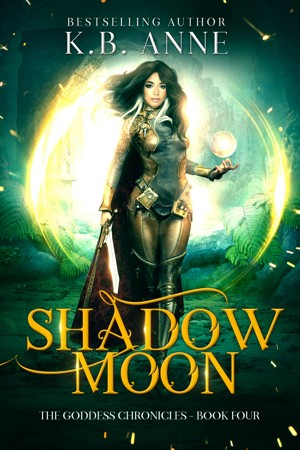 Shadow Moon, The Goddess Chronicles Book Four by KB Anne
Price: $3.99 USD. Words: 55,200. Language: English. Published: October 23, 2020. Categories: Fiction » Fantasy » Urban, Fiction » Fantasy » Paranormal
Three reincarnated gods walk into a wizard’s keep and break all the rules. Once, Caer was a princess loved by her father, the faerie king, and they lived in peace until the eve of Samhain. Balor, a giant, one-eyed pirate, betrayed the king’s trust by spilling his blood across the throne room floor and claiming Caer as his prize. 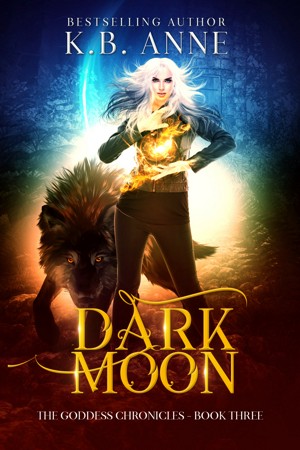 Dark Moon, The Goddess Chronicles Book Three by KB Anne
Price: $3.99 USD. Words: 54,220. Language: English. Published: October 22, 2020. Categories: Fiction » Fantasy » Urban, Fiction » Fantasy » Paranormal
Time to put my magic to the test or die trying. Scott worries about my soul. Can you believe that crap? I’ve killed multiple people because I was too darn stubborn to accept that I was the reincarnated Celtic goddess Brigit, and I’ve figured out how to bring everyone back from the dead. 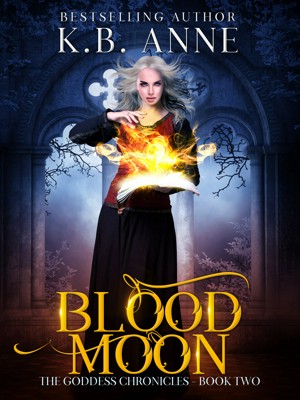 Blood Moon: The Goddess Chronicles Book Two by KB Anne
Price: $2.99 USD. Words: 54,020. Language: English. Published: October 22, 2020. Categories: Fiction » Fantasy » Urban, Fiction » Fantasy » Paranormal
It’s the final countdown to world domination. So I accidently released Clayone, the Original Werewolf, which one would think would be the worst of my troubles... Oh, how wrong one would be. Gram and Uncle Mark, who happens to be my dad (I’m still reeling about that one), just informed me that I’m from a long line of Druids, and according to some prophecy I’m the Celtic Goddess Brigit reincarnated 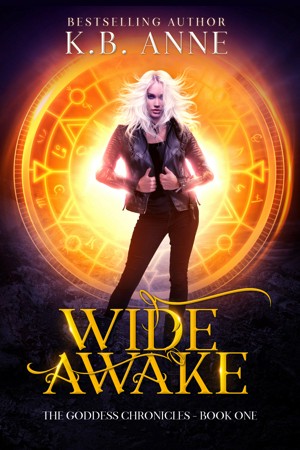 You have subscribed to alerts for KB Anne.

You have been added to KB Anne's favorite list.

You can also sign-up to receive email notifications whenever KB Anne releases a new book.