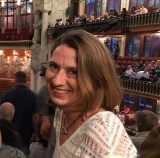 Karin Rita Gastreich's The Silver Web Trilogy (Eolyn, Sword of Shadows, and Daughter of Aithne), has received praise from top editorial magazines such as Publishers Weekly and Kirkus Reviews. Daughter of Aithne was recently shortlisted for the 2017 OZMA Award in fantasy fiction. In addition to The Silver Web trilogy, Karin has published short stories in Zahir, Adventures for the Average Woman, 69 Flavors of Paranoia, and World Jumping. Karin is a winner of the Women on Writing Flash Fiction Contest and a recipient of the Andrews Forest Writer’s Residency.

An ecologist by trade, Karin’s pastimes include camping, hiking, music, international travel, and flamenco dance. After completing her degrees in biology and zoology, Karin spent many years living and working in Central America before returning to Kansas City, Missouri, where she grew up. She is now a professor of biology at Avila University, where she enjoys sharing her love of life and literature with all her students.

The Silver Web by Karin Rita Gastreich
Karin Gastreich's award-winning trilogy blends elements of dark fantasy, historical fiction, and romance. After fleeing the purges that destroyed her home and family, Eolyn returns to the kingdom of Moisehen to fight an oppressive, violent regime and restore women’s magic to her people. If you like brave heroines, troubled heroes, and twisted villains embroiled in an epic struggle that spans generations, this is the adventure for you! Discover a world of gripping battles, heart wrenching loss, hard-won triumphs, and the ultimate magic of love. “Lush, evocative descriptions carry readers through an unforgettable journey.” –Kirkus Reviews "Eolyn is a stand-out character." -Publishers Weekly 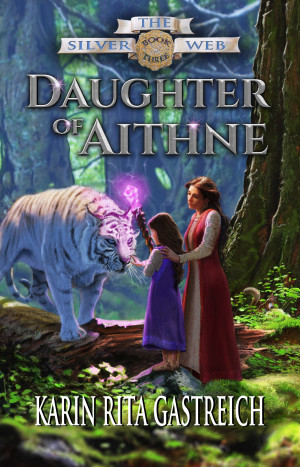 Daughter of Aithne (Book Three of The Silver Web) by Karin Rita Gastreich
Series: The Silver Web. Price: $3.99 USD. Words: 117,130. Language: English. Published: June 6, 2018. Categories: Fiction » Fantasy » Epic, Fiction » Women's fiction » General
In the climactic finale to The Silver Web trilogy, threads of love, honor, betrayal, and vengeance culminate in a violent conflict between powerful women, opposed to each other yet destined to shatter a thousand-year cycle of war. Winner of the OZMA Award for Fantasy Fiction. “An enticing and elegant series finale filled with magic and turmoil.” –Kirkus Reviews. 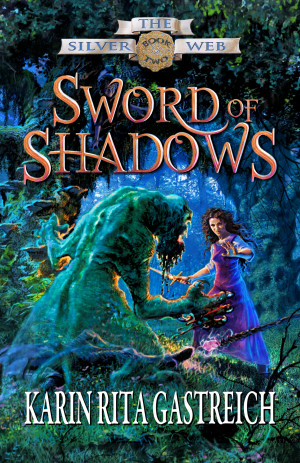 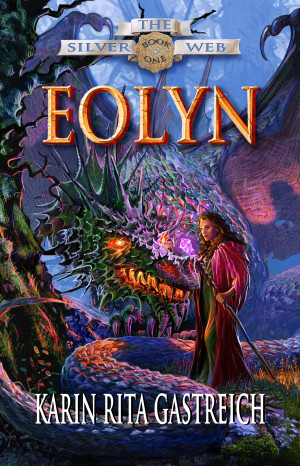 You have subscribed to alerts for Karin Rita Gastreich.

You have been added to Karin Rita Gastreich's favorite list.

You can also sign-up to receive email notifications whenever Karin Rita Gastreich releases a new book.