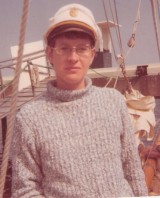 The single most important thing to me is that I’m a writer. Oh sure, I’ve done a lot of other things during my life, but none of those things mean as much to me as this does. However, I'm not trying to earn a living as a writer. All I really want is to have people read what I've written. That's why I have everything free.
I write erotica because I consider sex to be one of the most interesting and important parts of life. Not something dirty and shameful, but rather something that's capable of bringing great joy. Or, unfortunately, great sorrow, if used wrongly. I sometimes deal with that aspect of it also.
My Orgasm Incorporated Series is basically hardcore omnisexual erotica, partly Science Fiction, but mostly focused on sex of all kinds and descriptions.
My Rick&Jerry Series is gay male erotica, part romance and part adventure, with a large helping of hot sex added in for good measure.
I enjoy playing around with sex in my writing, especially in my Orgasm Incorporated Series. I deliberately try to turn sex upside down and inside out. I like to explore the limits of fantasies and try to figure out why they work. Sometimes I come up with things that aren't even possible in the real world, or if they are, they wouldn't feel good at all.
As for me personally, I worked in healthcare for much of my life, but I’m now retired, so I spend much of my spare time writing. I live in the Sunny South, not too far from the hurricane-ridden shores of North Carolina, along with my partner, my cat, and a longtime friend.
I can be contacted at KarlFive@suddenlink.net. I'm always glad to hear from my readers. And, of course, I'd greatly appreciate a review, if you enjoyed my ebooks.

Where to find Karl Five online

Rick&Jerry by Karl Five
The Rick&Jerry series is erotica, but it's meant for readers who also like to see something more than just sex. In each book, I intend to come up with differing ways that my protagonists can enjoy each others’ bodies, while at the same time adding psychological, emotional, and sometimes action/adventure on top of that.

Date with a Bridge
Price: Free!

Date with a Rock
Price: Free!

Date with a Town
Price: Free!

Date with an Artist
Price: Free!

Date with the Past
Price: Free!

Orgasm Incorporated by Karl Five
This series is partly Science Fiction since it's set in a possible future, but mostly it's erotica and will eventually include sex of all kinds and descriptions. In this future scenario, the Rich got Richer while the poor got poorer. There's a business called Orgasm Incorporated, which specializes in supplying Rich clients with whatever they want in the way of sex, with extremely proficient folks of either gender. 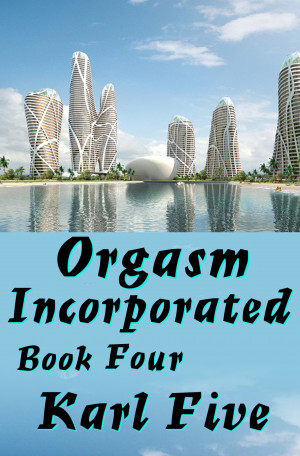 Orgasm Incorporated, Book Four by Karl Five
Price: Free! Words: 36,100. Language: English. Published: May 13, 2019. Categories: Fiction » Erotica » Sci-Fi Erotica
This is the fourth eBook in the Orgasm Incorporated series. It's set in the distant future where the population explosion has led the way for far too many people in the world. The poor got poorer while the Rich got richer. The business called Orgasm Incorporated supplies the very Rich with sex. If you like stories about bent, twisted, perverted and omnisexual activities, this one is for you. 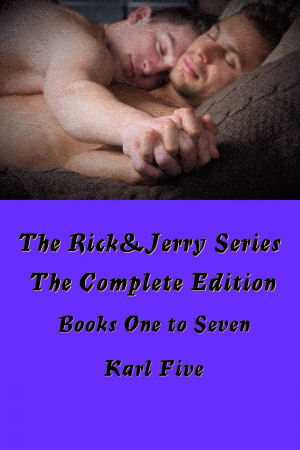 "It seemed that nothing was going to go right for me that day. I had finally made up my mind to end it all and jump off the Neuse River Bridge. Then I picked up a hitchhiker and the world changed." This is the complete edition of all 7 of the Rick&Jerry eBooks. I hope you’ll follow along with them as they pull their lives together, face their fears and failures, and search for their dreams. 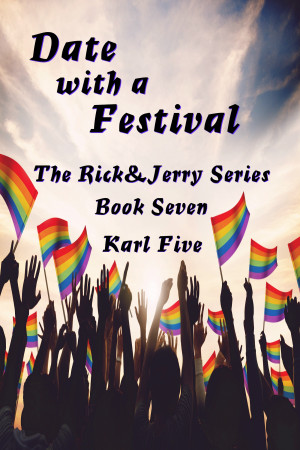 Asheville is having a Gay Festival. When Rick asks if Jerry wants to go, Jerry suggests that they take Lonnie, a young teen-ager who thinks he may be gay. Rick agrees and Jerry replies, "It’s a date." But that date turns into something they never expected to happen. And it wasn't good. 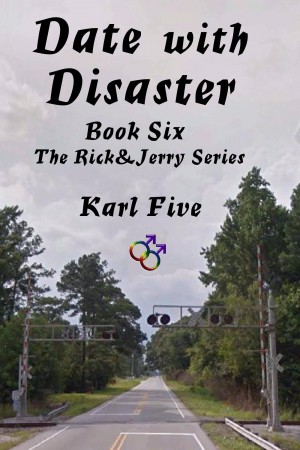 If you enjoy reading about hot sex between men, but would also like something more than just sex, you’ll like this series. In each book, I try to come up with differing ways that my protagonists can enjoy each other’s bodies, while at the same time adding psychological, emotional, and sometimes action/adventure on top of that. 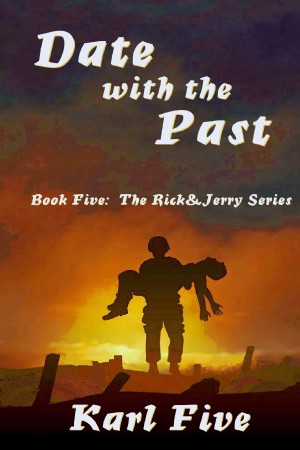 Date with the Past by Karl Five
Series: Rick&Jerry. Price: Free! Words: 19,630. Language: English. Published: November 23, 2015. Categories: Fiction » Erotica » Gay Erotica, Fiction » Gay & lesbian fiction » Gay
Rick’s eyes narrow and his voice goes hard. “There are things I can’t talk about, Jerry. Sometimes it’s best to just let sleeping dogs lie.” “Yeah. Until someday those dogs wake up and bite your ass.” Over breakfast on a lazy morning, Rick and Jerry start reminiscing about their lives. Jerry will finally find out what Rick is hiding under his T-shirt. But it won’t be easy and it's not nice. 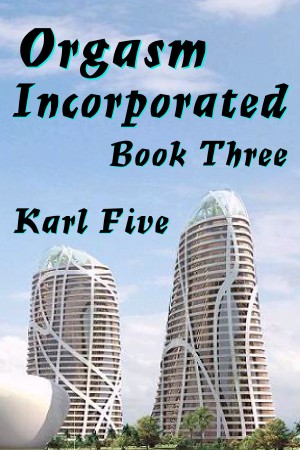 This is the third book of the Orgasm Incorporated Series. It's set in a future where the population explosion has led to way too many people. Life is brutal and short. The business called Orgasm Incorporated supplies the very few Rich folks with whatever they want in the way of sex. If you enjoy short story collections of bent, twisted, perverted and omnisexual activities, this one is for you. 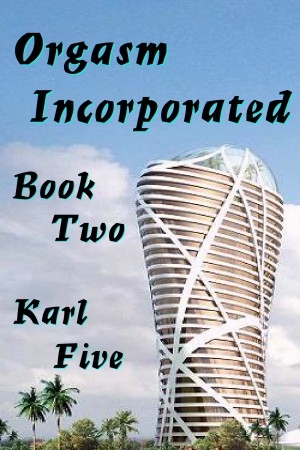 Want to find out what goes on inside these strangely sensual buildings? If you like tales of bent, twisted, and omnisexual activities, open this book and come inside. (No pun intended, of course.) The ORG INC world is set in a future where overpopulation.has led to way too many people. The business called Orgasm Incorporated supplies the very few Rich folks whatever they want in the way of sex. 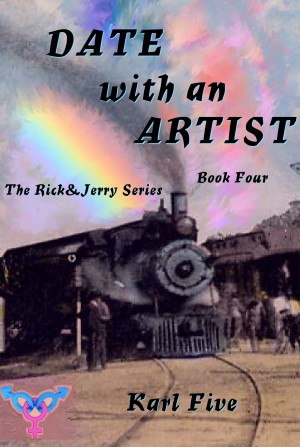 The more we drink, the stranger our conversation becomes. We start trading saucy comments, as if we're all flirting with each other. Silly, huh? Somehow we find it all totally hilarious. And then Mollie asks, "Want to try something really kinky?" "Like what?" I reply dutifully. "Have sex with a woman." 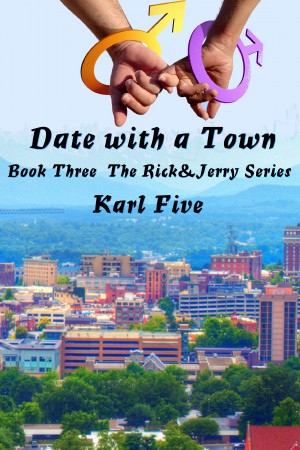 I turn to watch the train. The boys are still standing there, their attention focused on the approaching engine. Something in the back of my mind disturbs me. Then one of the boys ducks underneath the gate and I realize what it is. “Oh, shit!” I yell and start running. 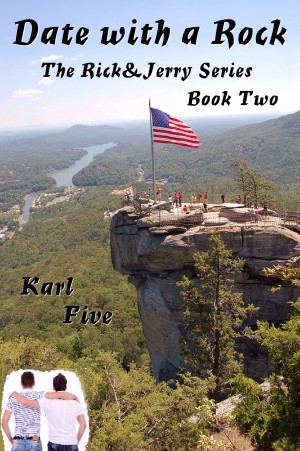 “Think you’ll ever settle down anywhere?” I ask Rick. “Perhaps. If I find the right place. Right now, I’m just not sure what I want to do with the rest of my life. Maybe I’ll find that out somewhere along the way.” Okay, that’s promising. Sort of. Best not to push it. But his arms around me felt so good, and his cock inside me felt even better. 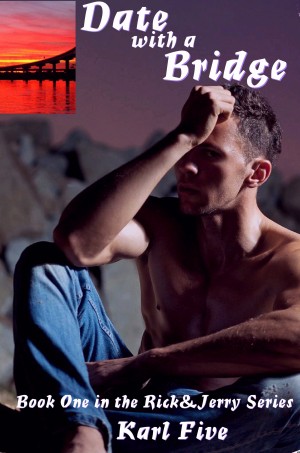 It seemed that nothing was going to go right for me that day. I had finally made the decision to end it all and jump off the Neuse River Bridge. . . I glance at the pinewoods on either side of the road, the graceful branches spread with gossamer webs of shadow and dusk. Damn! Seeing it all for the last time seems to have turned me into a poet. The world has no right to be so beautiful. Not now. 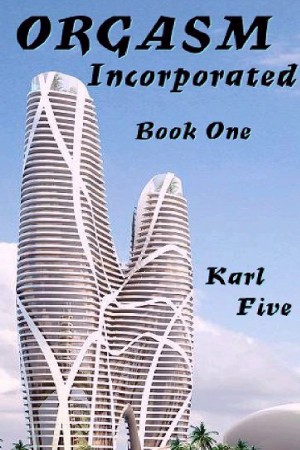 You have subscribed to alerts for Karl Five.

You have been added to Karl Five's favorite list.

You can also sign-up to receive email notifications whenever Karl Five releases a new book.