Kate is currently pursuing a Master of Liberal Arts in Creative Writing and Literature at Harvard Extension School. She has won local awards for her short fiction, and her first novel, The Cogsmith's Daughter, has been taught in college courses.

When not writing or studying, Kate enjoys traveling, wine tasting, playing video games, and giving amateur tarot readings. She lives in the United States with her husband and their feline familiars.

You can learn more about Kate and her books at https://www.katemcolby.com 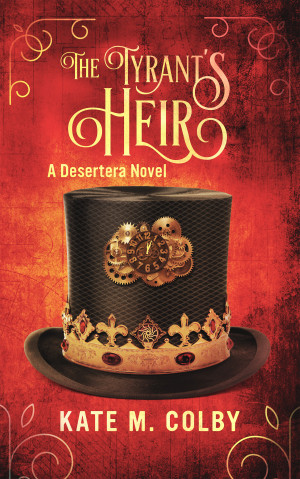 The Tyrant's Heir (Desertera #3) by Kate M. Colby
Price: $2.99 USD. Words: 93,370. Language: English. Published: August 8, 2017. Categories: Fiction » Science fiction » Steampunk & retropunk, Fiction » Science fiction » Utopias & dystopias
Should a king inspire love or fear? Lionel receives neither… and it could cost him everything. The third novel in the Desertera series, The Tyrant’s Heir portrays a desperate power struggle in an equally desperate dystopian world. This political thriller will keep readers guessing until the end. 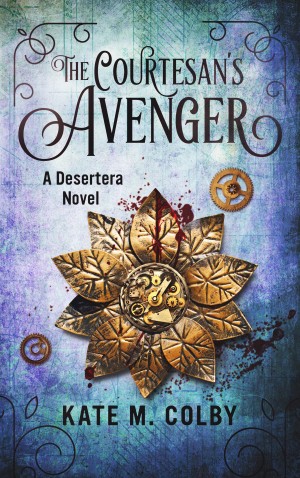 The Courtesan's Avenger (Desertera #2) by Kate M. Colby
Price: $2.99 USD. Words: 93,500. Language: English. Published: September 20, 2016. Categories: Fiction » Science fiction » Steampunk & retropunk, Fiction » Science fiction » Utopias & dystopias
In a brothel ravaged by greed and murder, one courtesan must catch a killer to save her friends and herself. The second novel in the Desertera steampunk fantasy series, The Courtesan’s Avenger is a cozy mystery set in a desolate dystopian world. 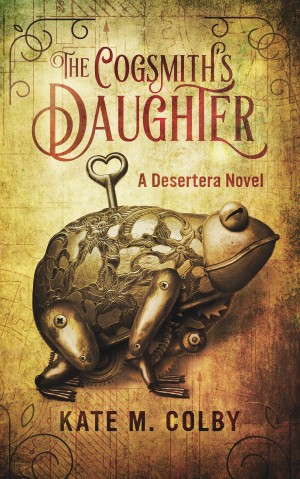 The Cogsmith's Daughter (Desertera #1) by Kate M. Colby
Price: Free! Words: 90,020. Language: English. Published: October 15, 2015. Categories: Fiction » Science fiction » Steampunk & retropunk, Fiction » Science fiction » Utopias & dystopias
In a desert wasteland, one king rules with absolute power and unquenchable lust, until the cogsmith’s daughter risks everything for vengeance. Packed with all the court intrigue of The Tudors, The Cogsmith’s Daughter marries steampunk styling with a ravaged dystopian world. It is the first novel in the Desertera series.

You have subscribed to alerts for Kate M. Colby.

You have been added to Kate M. Colby's favorite list.

You can also sign-up to receive email notifications whenever Kate M. Colby releases a new book.