Kathleen Ann Gonzalez has published with various periodicals and on the Internet and has stories in three anthologies. She has independently published four books, First Spritz Is Free, A Beautiful Woman in Venice, A Living Memory: Immortality for Sarra Copia Sulam, Seductive Venice: In Casanova's Footsteps, Free Gondola Ride, and A Small Candle. She contributed to a collaborative book about teaching English, published by Pearson in 2013. Gonzalez is an English teacher and has won various awards and recognition for her work. Passionate about travel, Gonzalez finds any excuse to hop on an airplane, particularly to Venice.

What's the story behind your latest book?
I love retelling the story behind my latest book because it is linked to my first book, and both of them recall wonderful people and memories that actually make my skin tingle. My first book, Free Gondola Ride, is about a summer I spent hanging out with Venice's gondoliers, trying to get to know them as people rather than as cardboard cutouts thrust into the tourist itinerary. While I got to ride along in Stefano's gondola telling his customers about local history, or Giannino's gondola as he returned it to its parking space for the night, or while I sat alongside the canals where the gondoliers cruised by, I saw over and over again these guys pointing at various buildings as Casanova's house. "This is the house of Casanova, the Italian stallion," one guy might say, but it seemed that they pointed to different houses every time.

So some years later, after I had published Free Gondola Ride and also after I had read Casanova's twelve-volume memoirs, I recalled how the guys would point at these houses. The idea clicked--what were the real houses of Casanova? Published works listed as few as 8 or up to maybe 30 locations, usually published only in Italian. My research led to over 90 spots--palaces, churches, squares, bridges, and more where he gambled, loved, played pranks, spied, and carried out his many adventures. I've immensely enjoyed every minute of the research, whether in books or websites, with Casanovists around the world, or walking Venice's streets myself.
What motivated you to become an indie author?
I was lucky enough to begin my publishing career by being approached by an editor who wanted to include an essay I wrote into her anthology titled Latina: Women's Voices from the Borderlands. Although I made no money on it, I had a positive experience where I got to promote the book through bookstore appearances with the other authors.

Then I got the idea for my first book, Free Gondola Ride. While I worked with a writing group, consulted with friends in the publishing industry, revised endlessly, and sent hundreds of query letters to agents and publishers, I was not able to find representation. At one point, I had an interested agent who suggested that I completely start over and rewrite the book and then title it "Ciao, Bella!" which was already a title in circulation and which was, well, trite and overused. Around that same time, I had planned a trip to Venice with my very supportive and talented partner who said, "Let's make your book ourselves." He did all the formatting, friends chipped in with editing, a gondolier friend gave me artwork for the cover, and we printed 1,000 copies and dragged them over the cobblestones to the bookstores of Venice.

Though I'm not much of a business woman, I love the freedom that being an indie author gives me. I have complete control over the cover art and design. Though I would welcome a trained editor's expertise, I'm willing to forgo that in order to remain independent. With the continued help of my partner, we have now created a publishing imprint, Ca' Specchio, and published three books together. I've created the websites to support the books and garner promotional events with supportive local bookstores, libraries, schools, book groups, and historical societies. I love meeting people and talking about Venice with them, and when they express their enthusiasm for my work, it's so very satisfying. I'm sure having a publisher would bring some of this same satisfaction, but as an indie author, I feel like I'm just a regular person sharing my passion with others, and that feels pretty good.
Read more of this interview. 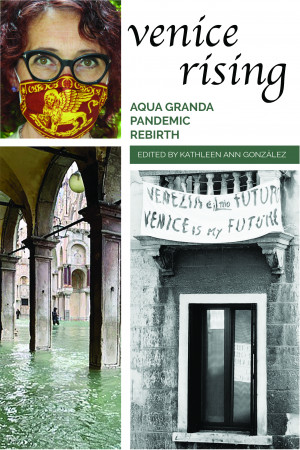 Venice Rising: Aqua Granda, Pandemic, Rebirth by Kathleen Ann Gonzalez
Price: $2.99 USD. Words: 42,270. Language: English. Published: August 2, 2020. Categories: Nonfiction » Travel » Essays & Travelogues, Nonfiction » Travel » By region » Europe
2019: A flood of historic proportions. 2020: A pandemic not known in generations. Venice was devastated by wind and water and then battered economically during lockdown. But inspired by the April rainbow that brought new hope, Venetians put on their masks and got to work, dreaming up a new Venice. Read their stories, letters, poems, posters, and conversations that ring in Venice’s rebirth. 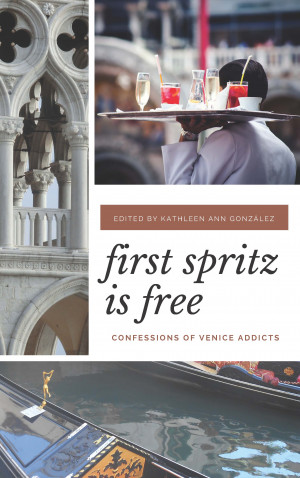 First Spritz Is Free: Confessions of Venice Addicts by Kathleen Ann Gonzalez
Price: Free! Words: 60,910. Language: English. Published: July 2, 2018. Categories: Nonfiction » Travel » Essays & Travelogues, Essay » Author profile
We call ourselves Venetophiles, and we're addicted to this beautiful and ancient city in the middle of a lagoon. Editor Kathleen Gonzalez has collected memories, adventures, and dreams here in this new collection of stories from 32 contributors: novelists, bloggers, musicians, photographers, chefs, tour guides, historians, and more. Learn why we're addicted to Venice. And with us, it's free! 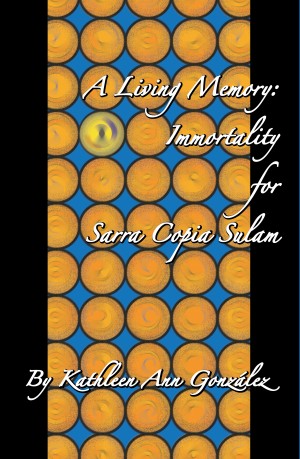 A Living Memory: Immortality for Sarra Copia Sulam by Kathleen Ann Gonzalez
Price: $1.99 USD. Words: 11,470. Language: English. Published: October 1, 2016. Categories: Nonfiction » Biography » Historical biography, Nonfiction » History » Jewish
Venice contains many remarkable historical figures. One deserving recognition is Sarra Copia Sulam, a Jewish writer who was publicly attacked by the men who benefitted from her learning and generosity. The only Jewish woman to host a literary salon in the seventeenth century, Sarra overcame such censure to remain true to her faith and to produce writings that have ensured her "living memory." 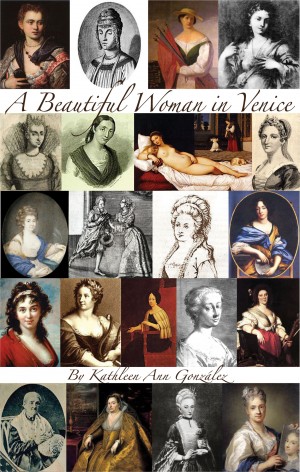 A Beautiful Woman in Venice by Kathleen Ann Gonzalez
Price: $5.99 USD. Words: 113,140. Language: English. Published: June 2, 2015. Categories: Nonfiction » History » European » Europe / Italy, Nonfiction » Travel » Travel - Reference
Libraries of books have been written about Venetian history and men’s roles in shaping it. But little is written about the women. From writers to orators, courtesans to composers, you’ll read their stories in A Beautiful Woman in Venice. Boat racers, artists, glassmakers, and the first woman to earn a university degree all overcame obstacles to achieve greatness. It's time to redefine their beauty 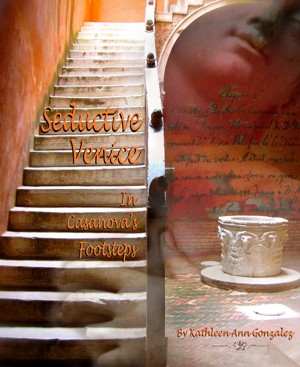 Seductive Venice takes readers on seven walking tours of Venice to over 90 locations Giacomo Casanova visited--churches, bridges, statues, alleys, and canals, all with helpful maps. Discover where this famous lover gambled, drank, cajoled, loved, spied, and seduced. Historical sidebars and Casanova’s own words punctuate this entertaining romp through the life of Venice’s most famous lover. 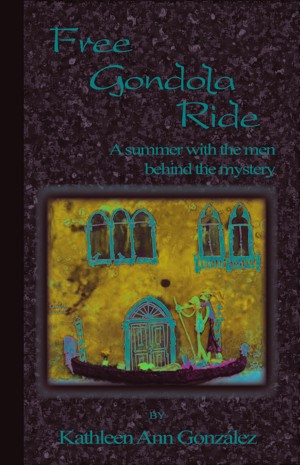 Free Gondola Ride by Kathleen Ann Gonzalez
Price: $1.99 USD. Words: 58,630. Language: English. Published: June 16, 2012. Categories: Nonfiction » Travel » Essays & Travelogues, Nonfiction » History » European » Europe / Italy
Kathleen went to Venice with a goal and a plan. The goal was to write about a cliched group of men, the gondoliers. The plan included a notebook and the perseverance of a serious journalist. But sometimes plans change. From skinny dipping off a gondola under the full moon to sitting at the gondolier's feet, Free Gondola Ride takes the reader through a summer of beautiful episodes.

You have subscribed to alerts for Kathleen Ann Gonzalez.

You have been added to Kathleen Ann Gonzalez's favorite list.

You can also sign-up to receive email notifications whenever Kathleen Ann Gonzalez releases a new book.