I’ve had many and varied careers. In more or less historical order, I’ve been a motorcycle mechanic, a race engine builder, a teacher, an academic, a hard rock miner (silver), a book editor and ghost writer, a commercial writer in print and video, a novelist, a mason, a wood-fired artisan bread baker and a teacher of that craft. Some, if not all, have overlapped in time and continue.

A Few Men Faithful, the first novel in the Kavanagh series, was awarded the IndiePENdents Certificate and Seal of Good Writing in October 2013 (www.indiependents.org). In the Review, UK, Karen Andreas said of it: "Jim Wills’ A Few Men Faithful is the very best of reads. It starts off with epic action and, before you know it, you are not only sucked into the story but also deeply involved with its protagonist, Danny Kavanagh....This is compelling reading indeed. A Few Men Faithful is strong, fascinating historical fiction very well done." (http://thereviewgroup.blogspot.co.uk/2013/12/karen-andreas-few-men-faithful-by-jim.html ). Christoph Fischer, here on Smashwords and on Amazon: "I personally enjoyed the political part the most for the objective and factual way the conflict was described, particularly the third part of the book when the Irish fighters split over the treaty, which of course bears relevance up to the present. This is a great achievement." Geoffrey Preston on Smashwords: "I think you have exceptional writing skills that jam packed this book." Marc Schuster in Small Press Reviews: " The prose throughout is clear and reminiscent of Hemingway, particularly in instances where Wills describes battle. Clear writing and strong characters make this a novel (and, presumably, series) worth reading, especially for those interested in the last century of Irish diaspora history." There are others in similar vein.

The second Kavanagh story, Philly MC, has been well reviewed both on Smashwords and Amazon. Christoph Fischer: "In Philly MC, he focuses much more on just one man and his inner torment, making this a brilliant character study and a rewarding experience. Jack's moody personality was as interesting as the setting, a very authentic portrayal of the 1960s....A great book."

Volume III, Shooter in a Plague Year, has gotten five-star treatment as well. Patrice O'Neill-Maynard on Amazon: "Shooter in a Plague Year is an astonishing book. It gallops forward at a remarkable pace and gathers us all up into intrigue, politics, betrayal, and heart rending and scintillating scenes of open-hearted love, half truths, and promises. Author Jim WIlls has a literary style that winds a story with thoughtful fire and makes us think, speculate, and figure out the subplots as the lives he follows digest the clues they get as to what is actually happening and who it is they can trust.... It is a great book. Read it!" Christoph Fischer: "In Shooter in a Plague Year Jim Wills returns to the Kavanagh family once again, the third installment of this inspired series....The book is well written, tension and plot move smoothly and the dialogue is also well done, particularly where the different accents need to be emphasized phonetically. A thriller as much as political novel this is a gripping read....After Philly MC it is also a great move in the context of the series."

The fourth and most recent title is A Hard Gemlike Flame. Christoph Fischer: "The book is a surprising addition to the saga but it certainly freshens and livens up the selection in the series so far....Thematically it complements the other books in the series very well."

How do you discover the ebooks you read?
Mainly through serious reviewers who know how to read critically and how to spell.
Do you remember the first story you ever wrote?
Yes, first year of high school. A short story called "Boom."
Read more of this interview.

Where to find Jim Wills online

The Kavanagh Stories by Jim Wills 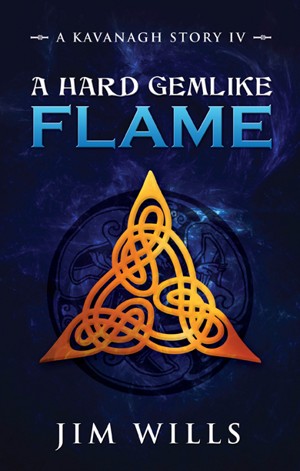 A Hard Gemlike Flame, the fourth novel in the Kavanagh saga, is an unblinking adult tale of love, betrayal, truth, honesty, falsehood, deception and tragedy. What binds Mick Kavanagh and Cathleen Murray, what saves them, is passion in the face of a devious and nearly successful campaign to separate them. Only their strength in each other keeps them together--and sane. 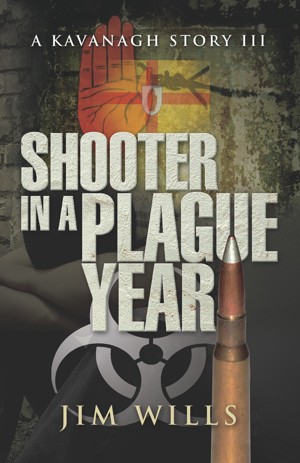 In 2018, peace, possibly lasting, is getting far too close for the hardliners on both sides in Northern Ireland. Shooter in a Plague Year, the third in the Kavanagh saga, describes one possible outcome, a nightmare scenario that completes the gory chapters of the past. What happens if the moderates are eliminated? What happens if the New IRA and the shadowy Core Command square off in civil war? 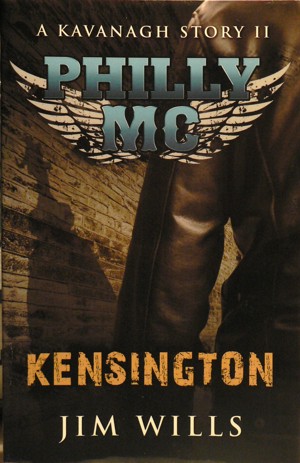 Philly MC is the story of Jack Kavanagh, grandson of Danny Kavanagh of A Few Men Faithful, the first of the Kavanagh stories. Jack's twisted, tortured life is a battle between his IRA heritage and his father's decision to reject violence. This is the dark backdrop for the even darker motorcycle underground in Philadelphia during the 1960s and 70s. It's about survival but also qualified salvation. 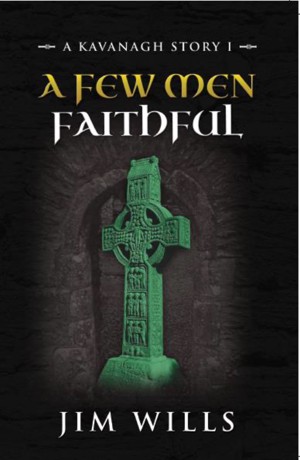 A Few Men Faithul sets the stage, defines the Kavanagh family and tells of a troubled land and an equally troubled romance amid war and treachery. Time span: 1916 to 1924 in Dublin, County Cork and Northern Ireland. Major events: Easter Rising, Secret War, War of Independence, the Civil War. This last is little known and less explored, especially through the eyes of a soldier on the losing side.

You have subscribed to alerts for Jim Wills.

You have been added to Jim Wills's favorite list.

You can also sign-up to receive email notifications whenever Jim Wills releases a new book.