Ken Hughes is a professionally qualified Mechanical Engineer, a native citizen of the United Kingdom of Great Britain, born in Denton, Lancashire, England in 1947 during the period of austerity immediately after the Second World War.

He is born and bred of northern stock and inherits the down to earth attitudes typical of that region. As a child, he played in the rubble that was the city of Portsmouth and throughout his life has borne witness to the rebuilding and re growth of the UK. He was educated in the local schools and colleges and attended the University of Portsmouth where he read Mechanical Engineering.

He has spent the majority of his career in the process plant design and construction industry, mainly within the UK, but with some time spent in the USA in the 1980s and more recently on continental Europe as a freelance Engineering Consultant. He has always had a marked interest in physics, astronomy and cosmology and a fascination for gravity. Having now retired he has found the time, the energy and the motivation to finally clarify these outstanding issues in science that have been troubling him over the years.

Where to find Ken Hughes online 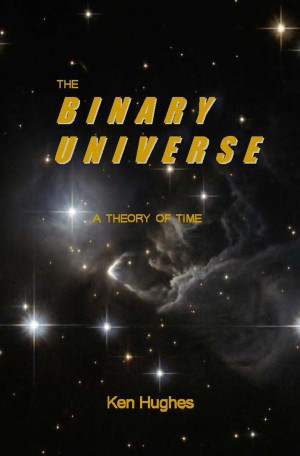 The Binary Universe by Ken Hughes
Price: $9.99 USD. Words: 83,510. Language: English. Published: March 23, 2015. Categories: Nonfiction » Science & Nature » Physics / Relativity
What is the nature of time? Was there really a Big Bang? Can space itself really be curved? The Binary Universe All these issues and others are explained here.

You have subscribed to alerts for Ken Hughes.

You have been added to Ken Hughes's favorite list.

You can also sign-up to receive email notifications whenever Ken Hughes releases a new book.