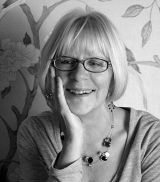 Born in Southampton, England, I spent four years in Belgium working for an international biochemical journal as a proof reader/copy editor, and two years working for Adis International (medical publishers, NZ) as a freelance proof reader. For the last seventeen years I have been busy editing documents and articles, theses, novels, scripts and autobiographies. As well as having enjoyed being a reader and a judge in the New Zealand Six Pack Competition short stories, I've also written articles for magazines and studied sociology, human development, anthropology extramural at Massey University. My long obsession with books and history eventually led me to write 'War and Chance', which was published by Black Rose Writing, Texas, in January 2013.

Reviews for War and Chance: ‘War and Chance – I love the title and the cover design. The print is about as good as it gets. This is a well ploughed field and Kerin Freeman has made a fine contribution to it; characters, dialogue, and situations are woven together with a skill that reminds me of ‘Brighton Rock’. Thomas, Claudette and Freddie Murphy and the licentious soldiers come to life. The band of brothers are exactly what we were. Would I buy ‘War and Chance’? Certainly. If I was asked to script this story for a feature film? You bet!’ Julian Dickon, Radio and Scriptwriter of thirty years.

Review: ‘You hit one out of the park with War and Chance. It’s a ripper of a yarn, a great read and covered all emotions. The characters became real as did Southampton for me, even though I’ve never been there.”

Also published (by Pen & Sword, UK): A biography 'The Civilian Bomb Disposing Earl' of 20th Earl of Suffolk & Berkshire, Charles Howard, known as Jack Howard, a George Cross medal holder (highest gallantry award for civilians). A British government secret agent who, when war broke out, was sent on a Top Secret Mission to Paris to bring back all the heavy water in the world (later used to make the atomic bomb), four million pounds worth of diamonds, secret scientific documents, French scientists - some nuclear, and armaments. Jack was never recognised for his mission because it was so secret. He was also a farmer, a sailor, a Lieutenant in the Scots Guards (briefly), a scientist with a top honours in pharmacology, and a pioneer in bomb disposal, saving many lives. He was often heard to say: “You can’t play puss-puss with a bomb. You’ve got to be tough with it; otherwise the devil will trick you.” John Masefield, Poet Laureate, wrote a poem about him ‘… The beauty of a splendid man abides.’ Jack died at the age of 35. See Pen Sword's website: https://www.pen-and-sword.co.uk/The-Civilian-Bomb-Disposing-Earl-Hardback/p/7855

Where to find Kerin Freeman online 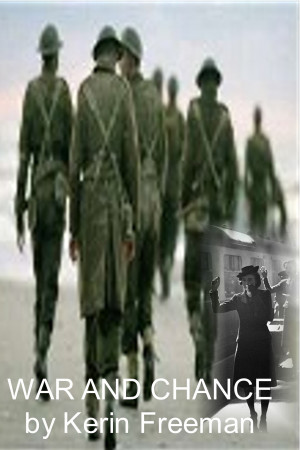 War and Chance by Kerin Freeman
Price: $6.50 USD. Words: 130,670. Language: English. Published: October 17, 2018. Categories: Fiction » Historical » United Kingdom
Thomas, a naive, 18 year-old conscientious objector, has just received his call up papers to join the Hampshires and fight for King and country, and attend boot camp for nine godawful weeks of basic training. Thomas, Spud, Paddy and Archie become a band of brothers. Armed with only a .303 rifle and boot camp training, the lads are thrown headlong into the killing fields of France. 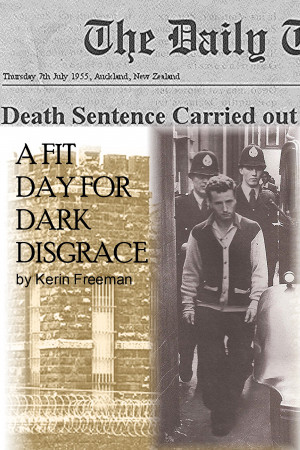 It’s 1955, and 27 year old Freddie Foster, a young immigrant to New Zealand, is desperate to prove his undying love to the woman he adores, only he has a secret, one he is too frightened to tell, knowing that if he does she will leave him. Freddie does everything in his power to win her back and, tragically, Sharon is killed by his actions and Freddie is on trial for his life.

You have subscribed to alerts for Kerin Freeman.

You have been added to Kerin Freeman's favorite list.

You can also sign-up to receive email notifications whenever Kerin Freeman releases a new book.