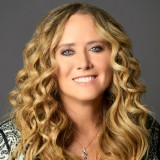 Kimberly McRae was born on February 26, 1970, in Hartford, Connecticut. She made her newspaper debut that same day when her father, a local college basketball star, was seen giving the peace sign as he first received the news of her birth during the half time announcement.

Kimberly’s writing career took flight when she became a journalist for her high school newspaper. This experience opened her eyes up to a love of writing. She often spent time writing poems during her youth. For several years, she put her love of writing aside to develop her analytic and technical abilities while working with computers and electronics.

On August 31, 1998, Kimberly knew beyond a shadow a doubt that Christ died on the cross for her sins. She repented of that sin and accepted the Lord Jesus as her Saviour. In 2001, Kimberly returned to her true love of writing and began working on her first novel which has not been published. Since that time she has begun work on a few different writing projects including screenplays, short stories, and additional novels.

All of her writing works would take a back seat as God began to lay a burden on her heart to write a novel about a young girl in Uganda. The book titled Captive would prove to be the most difficult work of fiction for her to write because of the emotional nature of the book which is based on current events.

God place another burden on Kimberly’s heart to write Christian non-fiction. With each written work she diligently seeks the Lord’s direction and considers these writings to be His writings and hopes they will be a blessing to all of His children and those that seek Him.

On September 1, 2010, Kimberly released a book which she wrote with her son, author Keith McRae. Surviving America’s Military High School is a book written to aid the middle school and high school student entering a military boarding school. It provides practical advice to assist them in all aspects of their military high school life. Surviving America’s Military High School is available at Amazon.com.

On May 29, 2011, Kimberly released Living by Faith : Beginning Your Walk as a New Believer. This book focuses on Biblical principles that are taken directly from the Word of God. Living by Faith helps the reader to gain a closer relationship to God and grow in the grace and knowledge of Jesus Christ.

On October 31, 2013, Kimberly released Victory in Prayer. Victory in Prayer brings you Biblical principles to encourage you to put faith into action in order to strengthen your prayer life. Historical accounts from Scripture illuminate many aspects of prayer in the life of a Christian.

In response to her reader’s requests for Bible study material Kimberly began the new Child of God Bible Study series with the first volume, Exploring Christmas. She felt there was no greater topic to start the study with than the birth of her Lord and Savior, Jesus Christ. This first volume of the series was released in December 2013.

Where to find Kimberly McRae online 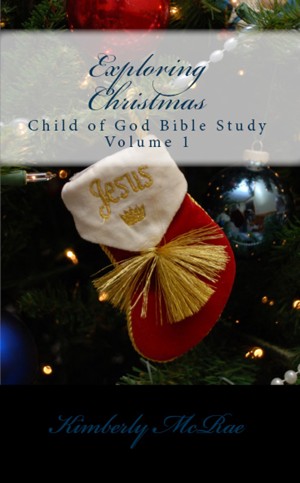 Exploring Christmas by Kimberly McRae
Price: Free! Words: 15,720. Language: English. Published: December 18, 2013. Categories: Nonfiction » Religion & Spirituality » Biblical Studies / Bible Study Guides, Nonfiction » Religion & Spirituality » Holidays / Christmas & Advent
Exploring Christmas takes you on a self-guided journey through the Bible to learn about the humble beginnings of the Lord Jesus Christ's walk on earth. The historical account of His birth illuminates why the Son of God came and how it relates to mankind. Investigate the importance of each of the figures that play a role in the Christmas story. 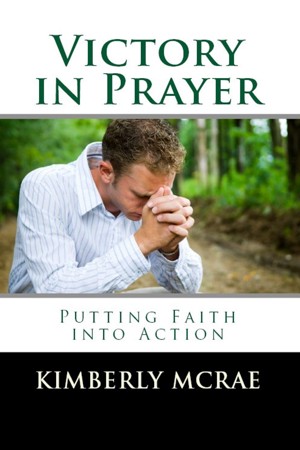 Victory in Prayer by Kimberly McRae
Price: Free! Words: 52,670. Language: English. Published: November 2, 2013. Categories: Nonfiction » Religion & Spirituality » Christianity, Nonfiction » Religion & Spirituality » Christian Life / Prayer
Victory in Prayer brings you Biblical principles to encourage you to put faith into action in order to strengthen your prayer life. Examine historical accounts of prayer within Scripture and see how they apply to your Christian walk today. Discover the hindrances to answered prayer while learning how to overcome these obstacles and enjoy a closer walk with the Lord. 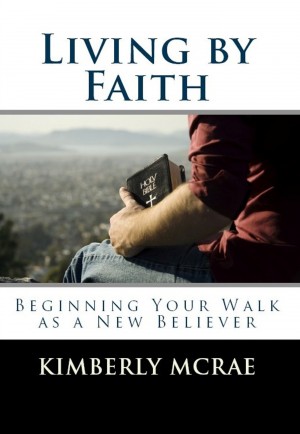 Living by Faith is a practical guide to help you begin your walk as a new believer. This book focuses on Biblical principles that are taken directly from the Word of God. Learn more about the need for salvation, becoming a new creature, and living the daily life of a Christian with the help of your Lord and Saviour.

You have subscribed to alerts for Kimberly McRae.

You have been added to Kimberly McRae's favorite list.

You can also sign-up to receive email notifications whenever Kimberly McRae releases a new book.