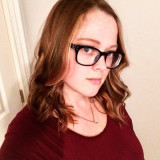 Kris Black has written three novels. Two fantastical werewolf stories that will keep you gripping the edge of your seat. One contemporary YA about summer love.

Of Beast and Beauty is the first story in a trilogy. The first book is a werewolf re-telling of the classic Beauty and the Beast. It has charted the top 10 rankings on Wattpad for re-telling, fairytales, and beautyandthebeast. This story is available currently on Wattpad and Radish.

In My Enemy, My Mate, Rosemarie Capling must choose between her family, honor, and everything else that she has ever known for a love that could span generations. Torn between her pack and her mate, the Alpha of an opposing pack. This novel has almost 200,000 reads on Wattpad and over 6000 votes.

In "Saving Summer", Summer has been exiled to spend the summer with her father and step-mother on the East Coast. She thought that the summer she had envisioned had been destroyed. That is, until she meets Noah Adams and sparks fly. Could her summer be salvaged after all?

Kris has been writing novel-length stories since the young age of twelve. Growing up in a small town with very little to do (except tease her younger brother), she turned to books and story writing as a means to preoccupy her time and let her over-active imagination soar. The love for reading and writing never dwindled, only intensified as she grew.

Now a mother of two, she has decided to return to school and focus on her writing again.

Who are your favorite authors?
The first ones that came to mind were:
- J.K. Rowling who helped inspire my love of reading.
- Cassandra Clare who, like me, started out writing Fanfiction. She also wrote incredible book series in an amazing world.
- Sarah J Maas. She is my queen.
- Jane Austen, because who can compete with Pride and Prejudice?
What inspires you to get out of bed each day?
Honestly? My children and the promise of coffee.
Read more of this interview.

Where to find Kris Black online 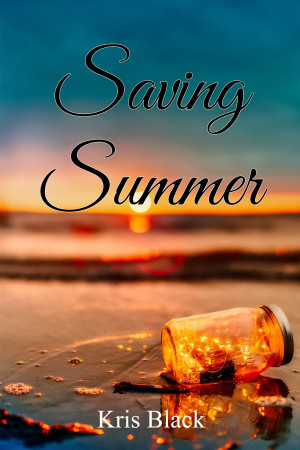 You have subscribed to alerts for Kris Black.

You have been added to Kris Black's favorite list.

You can also sign-up to receive email notifications whenever Kris Black releases a new book.