Ruth Barrett was born in Pointe Claire, Quebec and grew up in Barrie, Ontario. She attended Trent University in Peterborough where she studied English Literature, and began her love affair with the United Kingdom during an exchange year at the University of Leeds. After earning her B.A., Ruth returned to England and studied Classical Drama at the prestigious London Academy of Music and Dramatic Arts (LAMDA).

In her years pursuing an acting career in Toronto, Ruth performed onstage, in television and radio, and eventually specialized in voice-over work-- most notably as the voice of ‘Creakie’ (a domineering little blue monster!) in the Treehouse TV show, WEE 3.

Always a storyteller, Ruth honed her skills as a writer through further training at George Brown College, and the Humber School for Writers correspondence program under the enthusiastic mentorship of Booker Prize-winning author, Peter Carey. Ruth went on to publish several short stories in anthologies and literary journals, earning a few awards and a Toronto Arts Council grant along the way.

In her ‘day job,’ Ruth applies her background in both writing and television as a writer of descriptive narrative TV and film scripts for the visually impaired and blind. In April 2011, Ruth was tasked with co-narrating the royal wedding of Prince William and Catherine Middleton with the CBC and the Accessible Channel in a six-hour marathon of live improvised description.

These days, Ruth resides in the beautiful town of Stratford, Ontario-- home of the world-famous Stratford Shakespeare Festival.

Where to find Ruth Barrett online 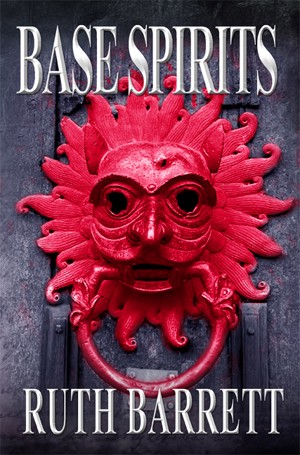 In 1605, a Yorkshire nobleman's murderous rampage leaves a family shattered. The killer suffers a tortuous execution as his house is forever tarnished by blood and possessed by anguished spirits. On vacation, an unhappy modern couple unwittingly awaken a dark history. Clara is forced back in time to bear witness to the tragic saga, and Scott is overtaken by malevolent echoes. Only one survives.

You have subscribed to alerts for Ruth Barrett.

You have been added to Ruth Barrett's favorite list.

You can also sign-up to receive email notifications whenever Ruth Barrett releases a new book.