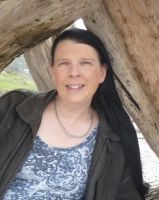 Lady Li Andre lives in the Pacific Northwest. She has been a writer for more than 35 years. She is also an actor, singer, musician, photographer, and artist. You can contact her at LadyLiAndre@outlook.com.

When did you first start writing?
I began writing in third grade. I could write before I could read. That sounds odd but I have a form of Dyslexia that made it hard for me as a child to decode abstract concepts. Unfortunately, that is how the alphabet was, and still is in many cases, taught. The lines and curves that to most people represent letters, were just lines and curves. My third grade teacher figured this out. She got a set of wooden letters and bag of plastic animals. I have always loved animals and she knew that. She placed an animal in my hand and asked what sound it made. Then she had me match the animals to their pictures. She did the same thing with the wooden letters. She made them into solid objects just like the plastic animals and gave them sounds. Eventually I could match them to their pictures, too. I learned how to write by tracing the wooden blocks and eventually following dotted lines. The teacher created a word book for me. As I learned how to identify different words, she wrote them in the word book and I copied them from there.
I have always been a story teller. I spent a lot of time alone as a child and would make up many stories to pass the time. With the word book, I finally had a way to put the stories on paper. And I did - lots of them. Over time, I was able to write most words without the word book. But even today, I have a group of people who read my work before I ever think of publishing it. I have also found text to speech a valuable resource. I'm less likely to miss a word or use a wrong word when I can listen to what I write.
Where did you grow up, and how did this influence your writing?
I grew up in rural Wisconsin, in a little farming community. My parents traveled a lot - they were both genealogists - people who study family histories. I spent a lot of time in the back seat of the car, which is where I crafted my earliest stories. But I also had the chance as a child to hang out in some really cool old museums run by historical societies. I used to imagine what it would have been like to live in the exhibits. My mother was always focused on names and dates - she could rattle off who married who and when, how many kids they had, and when they died. But I was more interested in what they did.
One of my strongest memories was listening to an old man tell about his life. My parents wanted information on people's names and places of birth and such but he wanted to explain how different the world was when he was growing up. That's a story worth telling!
Read more of this interview.

Eternal Knights by Lady Li Andre
Behind every myth is a sliver of truth. Vampires have haunted the shrouded myths for centuries. Virologist Michael Cline and his partner, Jessica Hawkes, discover the dark secrets of the past that gave rise to the beings called vampires. They, and a band or rescued rogues and gang members are out to change the fate of those doomed to live in darkness. They are the Eternal Knights. 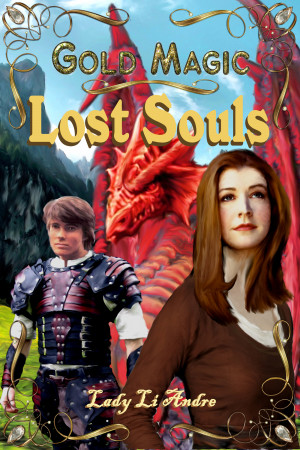 Gold Magic: Lost Souls by Lady Li Andre
Price: $2.99 USD. Words: 191,540. Language: English. Published: December 1, 2018. Categories: Fiction » Fantasy » Epic
When the Wizard Aramel captures Dursdan and spirits him away from the Valley, his father and brother begin a desperate search for him. Mirana, who was to be Dursdan’s Chosen, was used by Aramel as bait. The effects of his magic complicate her work as a midwife. 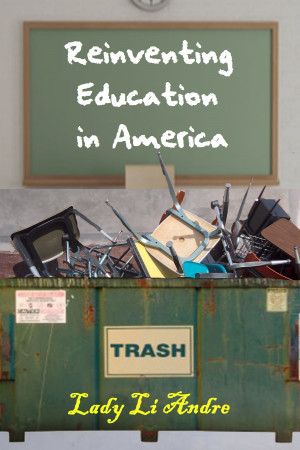 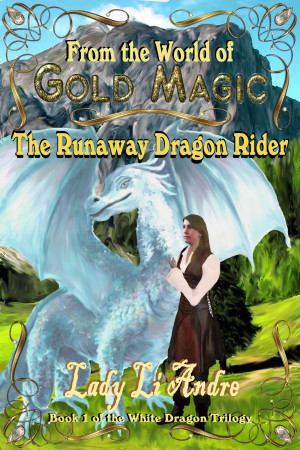 The Runaway Dragonrider: Book 1 of the White Dragon Trilogy from the World of Gold Magic by Lady Li Andre
Price: Free! Words: 96,810. Language: English. Published: August 27, 2017. Categories: Fiction » Fantasy » Epic
When Zamisha kills the Troll King and bonds with her dying twin brother’s dragon, her family and many members of her community reject her. But she will do whatever it takes to save White Timotha, even run away. 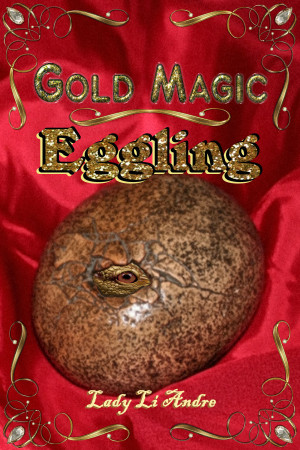 Gold Magic: Eggling by Lady Li Andre
Price: Free! Words: 108,370. Language: English. Published: April 10, 2017. Categories: Fiction » Fantasy » Epic
What do you do when you are forced into a situation you didn’t choose? Dursdan just wanted to be a farmer but his father, a Dragon Lord, risked all to get him a Gold egg. Can Dursdan accept all the life changes and responsibilities that come with raising a dragon while keeping the egg safe from an angry wizard? 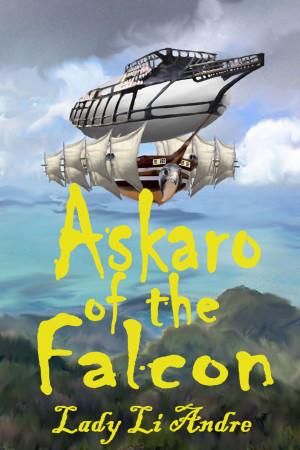 To sail the skies aboard an airship is a great adventure – unless you happen to be a slave. Then it is full of hard work and dreadful conditions. But Askaro is up to the task. He’s spent all of his sixteen years honing his skills. Bruvano, the Slave Master, is determined to get as much as he can for Askaro when they finally get home. But Askaro’s family has other plans for his future. 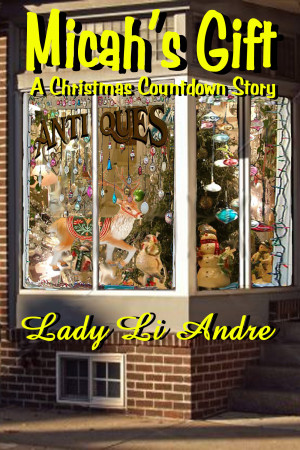 Micah's Gift - A Christmas Countdown Story by Lady Li Andre
Price: Free! Words: 63,070. Language: English. Published: December 25, 2016. Categories: Fiction » Holiday » Christmas
“Micah’s Gift” is told from the perspective of a 15 year old boy from a family touched by tragedy and challenge. Micah will do whatever it takes to make his three year old brother’s Christmas wish come true. Because of the holiday involved, there are some Christian references but this is not a religious story. It celebrates the spirit of giving from the heart. 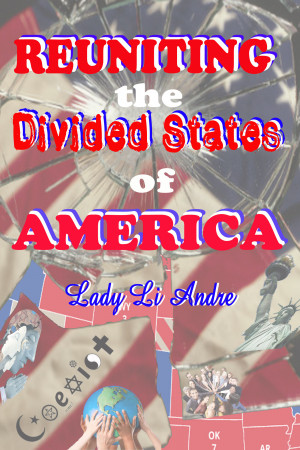 Reuniting the Divided States of America by Lady Li Andre
Price: Free! Words: 17,250. Language: American English. Published: November 21, 2016. Categories: Nonfiction » Politics & Current Affairs » Government
The Election of 2016 was a historic event in which one candidate won the electoral college and the other won the popular vote. The country is strongly divided over the issues. It is my attempt to present alternatives for the future to begin a conversation on change that meets the needs of this divided nation. 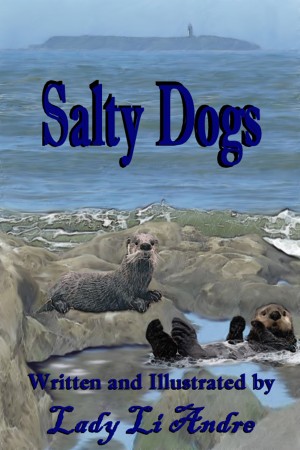 Salty Dogs by Lady Li Andre
Price: Free! Words: 18,100. Language: English. Published: June 1, 2016. Categories: Fiction » Children’s books » Animals
When Tuck, a baby sea otter, is separated from his Mama in a storm, he's taken in by a family of river otters who live near the coast. Father Otter must make a daring swim if Tuck and his Mama are to be reunited. This Children's Chapter book filled with courage and compassion will delight readers of all ages. 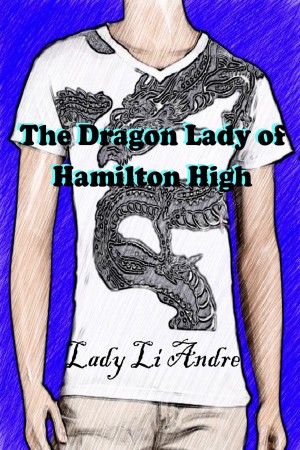 Erin and her mother have been jumping across the country since Erin was six years old. Now she is a senior in High School and her mother lands them in Tacoma, Washington. At Hamilton High School where the least desirable students get one last chance, Erin must use her martial arts skills as well as her artistic talent to find her way. With her dragons wrapped around her, Erin is the Dragon Lady. 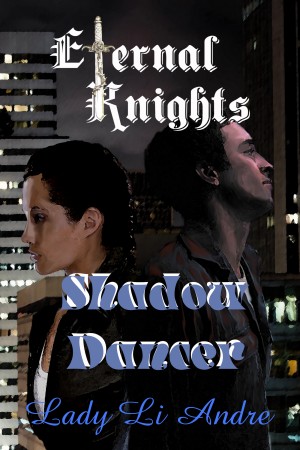 Eternal Knights: Shadow Dancer by Lady Li Andre
Series: Eternal Knights. Price: $4.99 USD. Words: 343,150. Language: English. Published: March 15, 2015. Categories: Fiction » Thriller & suspense » Crime thriller
Virologist Michael Cline returns to Portland in search of the origins of the dark predator only to discover the secrets of his past may hold the clues. But will his relentless search for answers uncover a shadow dancer and send him down an unexpected path? His discoveries may change not only his understanding of the past, but also humanity's future. 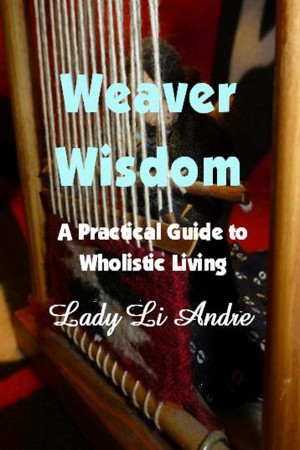 Weaver Wisdom - A Practical Guide to Wholistic Living by Lady Li Andre
Price: Free! Words: 23,310. Language: English. Published: September 16, 2014. Categories: Nonfiction » Philosophy » Mind & Body
Weaver Wisdom offers solutions for discovering your personal journey, which encourages doing no harm to yourself or others and the least amount of harm to the world we live in. Using personal antidotes and descriptive metaphors, this practical guide offers suggestions for all stages of life’s journey. 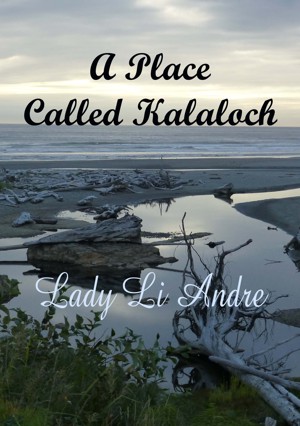 A Place Called Kalaloch by Lady Li Andre
Price: Free! Words: 37,060. Language: English. Published: March 14, 2014. Categories: Nonfiction » Travel » Essays & Travelogues
Kalaloch is just one small gem on the wild Pacific coast, a ten mile nugget of Olympic National Park, but it inspires travelers from around the world with its beauty and natural elegance. Gain a new perspective into this unique spot from a frequent visitor who shares the amazing discoveries about the plants and animals that coexist on an incredible geological stage in a place called Kalaloch. 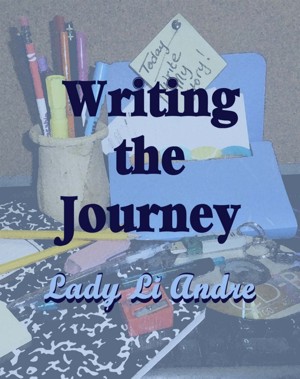 Writing the Journey by Lady Li Andre
Price: Free! Words: 14,710. Language: English. Published: February 1, 2014. Categories: Nonfiction » Reference » Publishing & books
Writing the Journey aids writers of all levels in creating a Journey Framework for a story and fleshing it out. It also includes tips for writing the finished story. 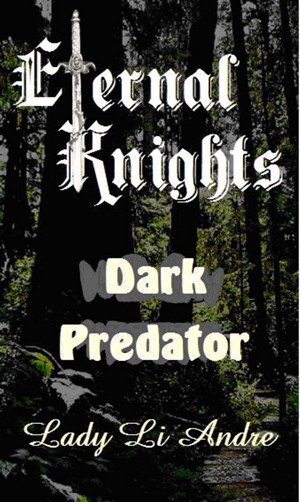 Eternal Knights - Dark Predator by Lady Li Andre
Series: Eternal Knights. Price: Free! Words: 288,790. Language: English. Published: June 5, 2013. Categories: Fiction » Thriller & suspense » Crime thriller
When Aden Anderson returns home for her father's funeral, she has no idea how much her life is about to change. Something menacing is moving through the shadows of the forest. It is up to her and some friends to save the residents of Sweetvale from the dark predator.

You have subscribed to alerts for Lady Li Andre.

You have been added to Lady Li Andre's favorite list.

You can also sign-up to receive email notifications whenever Lady Li Andre releases a new book.