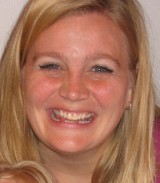 Laryssa Waldron is an educator and an author who wants to spend more time traveling the world searching for Ân Dhúins. She speaks Bulgarian, has been in the Army, loves to give motivational talks, inhales chocolate, is married to a giant teddy bear, and is a mother of three princesses. When she is not writing, she tortures English students.

Where did you grow up, and how did this influence your writing?
My mother is originally from South Africa, her parents were from England and Holland. My father was a linguist (speaking 7 languages fluently, and toying with several others before he died). We lived in Germany and traveled around Europe when I was a little girl (ages 7-10). All of those factors - that love for other cultures - just seeped into me. I find other people and places fascinating. Whenever I meet someone from a different country I sit them down and interrogate them all about their experiences - What brought them here? What do they like? What do they miss?

I think that all of those ideas translated into my book, "Jake Bowers Versus The Firebird". In it, I have people from many different cultures and races learning about each other, and learning how to work together. I think that we can gain so much strength as we try to appreciate one another rather than always looking at life with an "us VS them" mentality.
Do you remember the first story you ever wrote?
Yes, it was a fantasy story about how Oberon and Titania became the king and queen of the fairies. I wrote it in 4th grade, well, I wrote some of it - great chunks of chapters when we had free writing time in class. My teacher was wonderful because she believed in me and my abilities, even though I was a young girl. My parents did the same, because after I outlined and wrote that "epic tale", I began to write and produce plays in the family carport.
Read more of this interview. 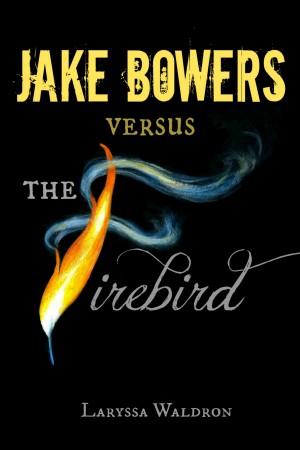 Jake Bowers Versus The Firebird by Laryssa Waldron
Price: $4.95 USD. Words: 65,530. Language: English. Published: July 17, 2014. Categories: Fiction » Young adult or teen » Fantasy, Fiction » Young adult or teen » Adventure
While other kids ride their bikes, Jake is learning to fly on a carpet. They're playing video games, he's being hunted by cyborg-scorpions. They face popularity contests, he is in a face-off with a Firebird. But Jake is not alone. Other kids at Hale Junior High are finding that the world is quite unusual. They must work together to save Jake's Uncle and search history to uncover their futures.

You have subscribed to Smashwords Alerts new release notifications for Laryssa Waldron.

You have been added to Laryssa Waldron's favorite list.

You can also sign-up to receive email notifications whenever Laryssa Waldron releases a new book.