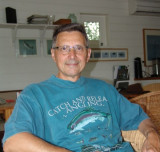 In my work life I am a rather well-known consultant in the connected car business. Travel and food have been a major part of both my business and personal life. In my free time, I have two main hobbies: fly fishing and writing. In my most recent book, I have combined fly fishing, food and travel by car. The book is titled Slow Fishing the Fresh Waters of Italy.

What are you working on next?
There are two books that I have underway. The first is about Italian-Americans in the U.S. between the two world wars. Italy was an ally in WWI, and during the first twelve years of the Fascist government, between 1922 and 1934, Mussolini was both admired and praised. This changed the view that many Italian-Americans had about the country from which they had emigrated. As the Fascists became more closely allied with the Nazis of Germany, opinions shifted once again, and when Italy declared war on the U.S., Italians were now the enemy. I am combining a story about how all of this affected an extended family consisting of two brothers and their sister and their children. The second book is much lighter fair. It is a project I have been thinking about for many years, but have just not had the time to engage in it. The book is about the pastry culture of my adopted country, Sweden.
Who are your favorite authors?
My answer to this question changes from year to year. The first book I ever read was The Adventures of Huckleberry Finn by Mark Twain, so he was obviously my favorite. The second was The Three Musketeers by Alexandre Dumas, and then I had to choose which one I liked best. This question has followed me with each new author who has filled my reading hours. One thing I can say is that I write books I enjoy reading myself, that provide information, inspiration and entertainment.
Read more of this interview. 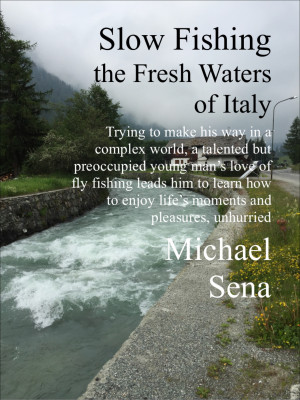 You have subscribed to alerts for Michael Lawrence Sena.

You have been added to Michael Lawrence Sena's favorite list.

You can also sign-up to receive email notifications whenever Michael Lawrence Sena releases a new book.