The author is a survivor in The Great Alcoholism War. His wife Amy Althaus of over 19 years died on November 24, 2006 from damage to several internal organs caused by abusing alcohol everyday for about ten years. Eide quit drinking cold turkey a little over a month after Amy died. He nearly died from alcohol withdrawal and had a NDE in which he thought he'd died. He entered an inpatient recovery program at Fountain Center, completed it and went into a halfway house -- Cochran House -- for three months. He's had stretches of sobriety since, including over 18 months in 2010-2011. It was during this stretch that he wrote "Overcome Any Personal Obstacle, Including Alcoholism, by Understanding Your Ego", a Bible for living beyond any addiction by understanding the true nature of the self

-- "Overcome Any Personal Obstacle, Including Alcoholism, by Understanding Your Ego", August 2012, Lulu, self-help

Eide was born in Minot, North Dakota. He moved to Red Wing, Minnesota in 1973 and has lived in the state ever since. He and wife Amy lived in the Twin Cities for nearly 20 years until Amy's death from alcoholism in November 2006. The author moved back in with his father LaVern a month after her death..It was Amy's death and his own near-death-experience when he quit drinking cold-turkey after moving in with his father that inspired and motivate him to pen "Overcome Any Personal Obstacle, Including Alcoholism, by Understanding Your Ego".

Describe your desk
My desk is usually the recliner in my living roomm. But sometiendo it is Caribou or a bus seat or the Wal-Mart employee break room.
What's the story behind your latest book?
"The Bad Path to Enlightenment and Sobriety" is a compilation of all the "Breaking Bad"-related blog posts published on my "Join the Spiritual Evolution" blog at http://sobrietybytamingyourego.WordPress.com. That is my favorite regular (i.e.-not animated) TV series ever. "Archer" is my hands-down favorite shows.

I streamed every "Bad" episode of the series on my old iPhone over the course of 2 1/2 months. In each post, after thoroughly but succinctly recapping the plot, I show how Walter White's actions illustrate the theme and principles in my first self-help book, "Overcome Any Personal Obstacle, Including Alcoholism, by Understand Your Ego".

About two years after publishing my last "bad" post, it occurred to me that I probably had a book's worth of material. So I compiled all the posts and sure enough, there were around 330 pages.
Read more of this interview.

Where to find Lee Eide online 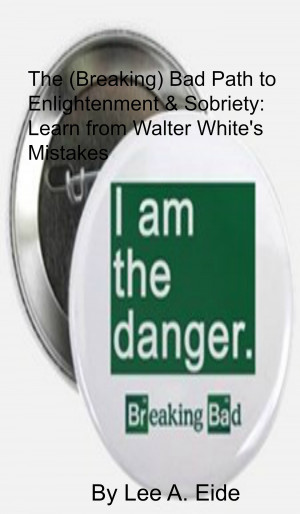 The (Breaking) Bad Path to Enlightenment & Sobriety by Lee Eide
Price: $1.99 USD. Words: 64,030. Language: English. Published: November 24, 2017. Categories: Nonfiction » Self-improvement » Addiction & recovery, Nonfiction » Entertainment » Entertainment industry
A how-to guide to stay or get sober by learning from Walter White's mistakes throughout the epic "Breaking Bad" series. A Shakespearean tragedy framed in modern terms is used to promote sobriety and a clean lifestyle. Entertainment, inspiration and enlightenment all in one book. 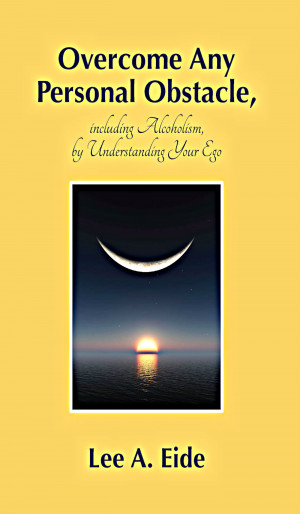 You have subscribed to alerts for Lee Eide.

You have been added to Lee Eide's favorite list.

You can also sign-up to receive email notifications whenever Lee Eide releases a new book.